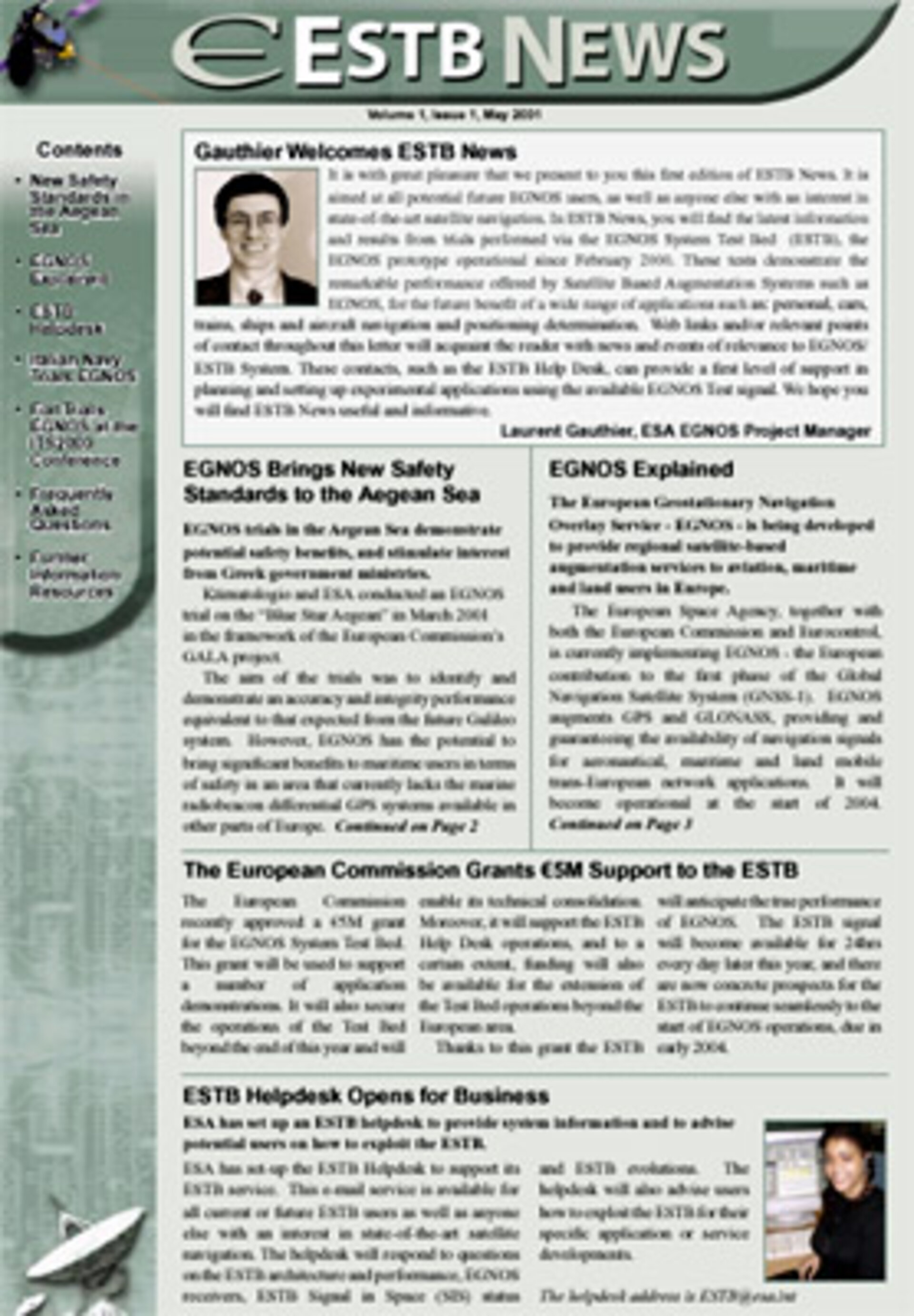 The first issue of ESTB News, the quarterly newsletter of ESA’s EGNOS System Test Bed, came on line in May. ESTB News is aimed at all potential future EGNOS users as well as all those with an interest in state-of-the-art satellite navigation.

EGNOS, a joint initiative of the European Commission, Eurocontrol and ESA, augments GPS and GLONASS, providing and guaranteeing the availability of navigation signals for aeronautical, maritime and land mobile trans-European network applications. EGNOS is also the first step on the road to Galileo, the Europe’s global satellite navigation system.

Although EGNOS is not due to become operational until 2004, pre-operational test signal broadcasting began in February 2000, under the ESTB programme. Those equipped with an EGNOS receiver can already pick up this signal.

ESTB News will provide up-to-date information on the ongoing ESTB trials. These show that Satellite Based Augmentation Systems, such as EGNOS, can vastly improve navigation systems for use by cars, trains, ships and aircraft.

Readers will also be kept up to date with news and events concerning the EGNOS/ESTB System as well as useful web links and contact points, such as that of the ESTB Help desk. This will provide first-level support for planning and setting up experimental applications.