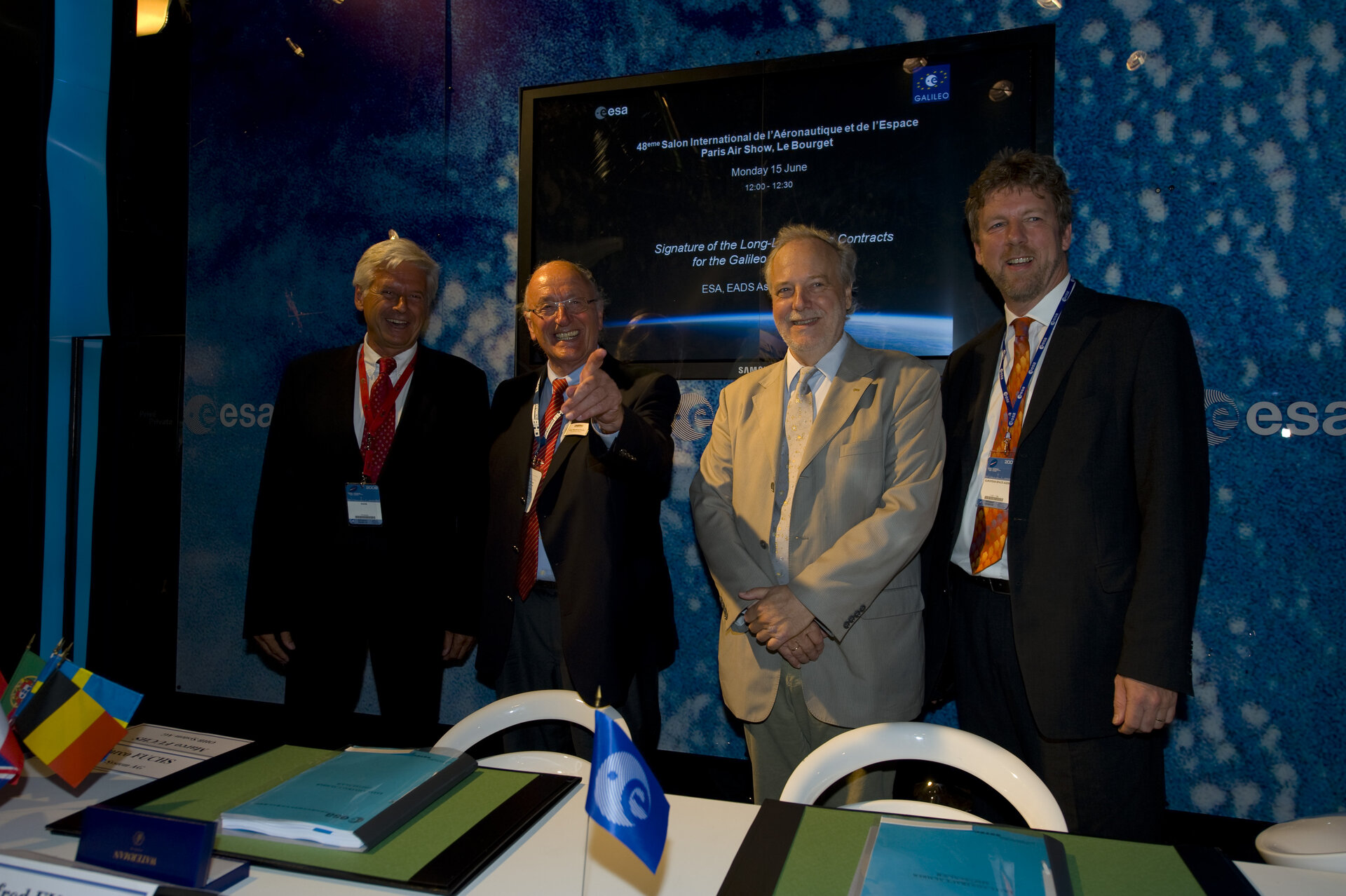 Today, at the Le Bourget Air Show, ESA signed two contracts for the procurement of Long Lead Items required for the construction of the Galileo satellite constellation.

Dr Reinhold Lutz – Senior Vice President Navigation – signed the Astrium GmbH contract, which amounts to €7 million and relates to parts for equipment of the satellite platforms and navigation payloads.

Professor Manfred Fuchs – CEO – signed the OHB contract, which amounts to €10 million and also relates to parts for equipment of the satellite platforms and navigation payloads.

These separate contracts are part of the overall procurement process for the Galileo Full Operational Capability (FOC) Programme jointly managed by the European Commission and the European Space Agency. The award of the satellite contracts is planned to take place by the end of 2009.