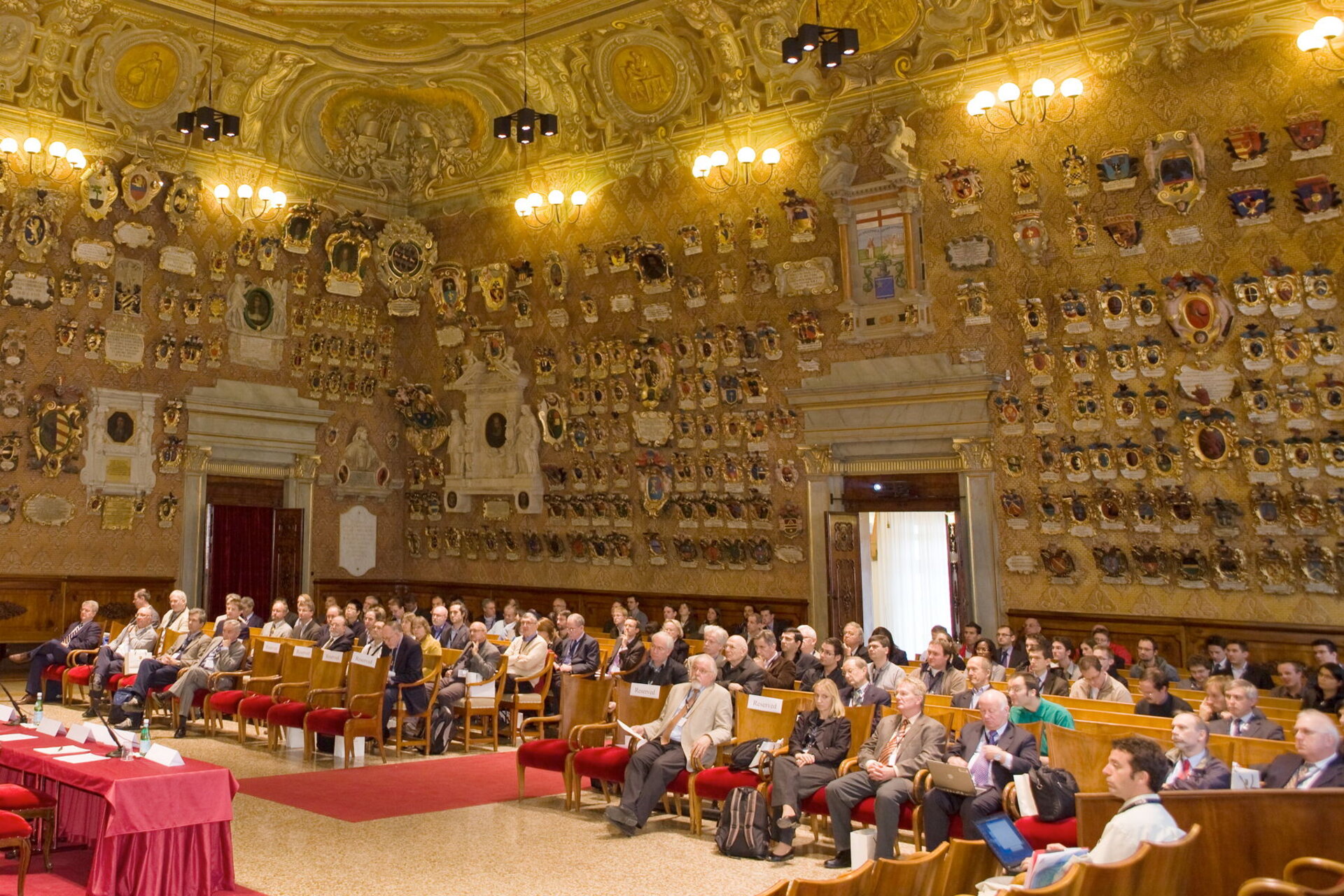 More than 150 scientists from 21 countries attended a colloquium on the fundamental aspects and scientific applications of the Galileo satellite navigation system, held at the University of Padua on 14–16 October.

The venue for the ‘Second International Colloquium – Scientific and Fundamental Aspects of the Galileo Programme’ was the Aula Magna of the University, the very place where Galileo Galilei, whose first recorded astronomical observations with a telescope took place 400 years ago, delivered some of his lectures.

The presentations revealed that good progress has been made since the first colloquium, which took place in Toulouse two years ago.

The closing round-table discussion showed that scientific uses of GNSS signals can very quickly find their way into operational services. Dr Peter Bauer, Head of the Satellite Section at the European Centre for Medium-Range Weather Forecasts (ECMWF), gave an example: the retrieval of tropospheric profiles by GNSS occultation. This was pioneering research some years ago but is now part of the routine data assimilation process for numerical weather prediction, leading to significant improvements in forecasting.

It was also observed that in critical areas of technology, such as highly stable clocks for space, steady progress is being made. Scientists requested better access to data coming from the Galileo test satellites, GIOVE-A and GIOVE-B. ESA is in the process of making these data available on a server set up to serve the science community.

The conference was organised by ESA with the support of the Committee on Space Research (COSPAR) and speakers will have the opportunity to publish their papers in the COSPAR Journal of Advances in Space Research.