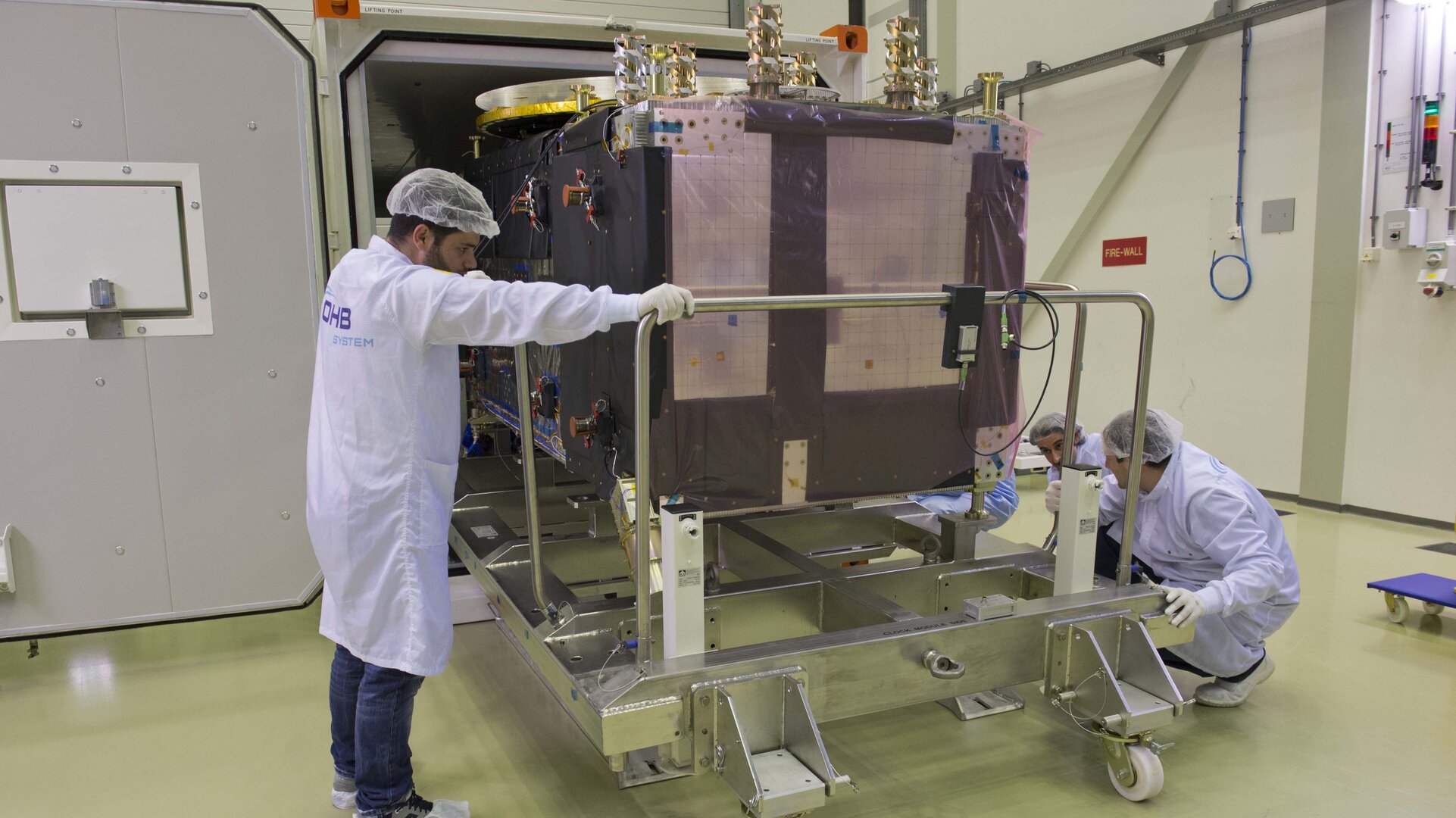 Europe’s latest Galileo navigation satellite has arrived at the Agency’s technical centre in the Netherlands for testing, as the previous two satellites are prepared for shipping to French Guiana for launch this summer.

The new satellite travelled safely enclosed within an air-conditioned and environmentally controlled container from manufacturer OHB in Bremen, Germany, to ESA’s Technical Centre, ESTEC, in Noordwijk, the Netherlands.

The container was unsealed only once the satellite had completed its journey by road to the cleanroom conditions of the centre, Europe’s largest site for spacecraft testing.

Meanwhile, the previous two Galileo satellites have completed their long test campaign and are being readied for shipping to Europe’s Spaceport in French Guiana, for launch together by Soyuz.

Europe’s first four Galileo satellites are already in orbit, the minimum number needed for achieving a position fix. This initial quartet has demonstrated the overall system works as planned, while also serving as the operational nucleus of the coming full constellation.

Next come the 22 full-capability satellites being built by OHB, incorporating navigation payloads produced by Surrey Satellite Technology Ltd in the UK.

The three satellites currently at ESTEC are the first of these 22 to be tested for launch – all of them will pass through the site’s gates within the next few years on their way to space.

Now detailed ‘acceptance testing’ will be carried out on this latest arrival, to check the workmanship is up to standard.

Key checks includes an acoustic battering to reproduce the violent forces of launch, and a session in a thermal–vacuum chamber to subject the satellite to the airlessness and temperature extremes it must endure over the course of its 12-year working life.

This latest round will be quicker and less thorough than the full-scale testing that the first two underwent over the course of last year, with the overall satellite design having now been validated.

A fourth satellite is scheduled to arrive at ESTEC in June – the test facilities can accommodate two Galileos at a time.

Such a changeover between satellites arriving as others are being readied to leave for launch will become commonplace in the next few years, as Europe builds up its constellation.

And in future two-satellite Soyuz launches will be supplemented by four-satellite Ariane 5 launches, employing a specially customised version of the launcher.