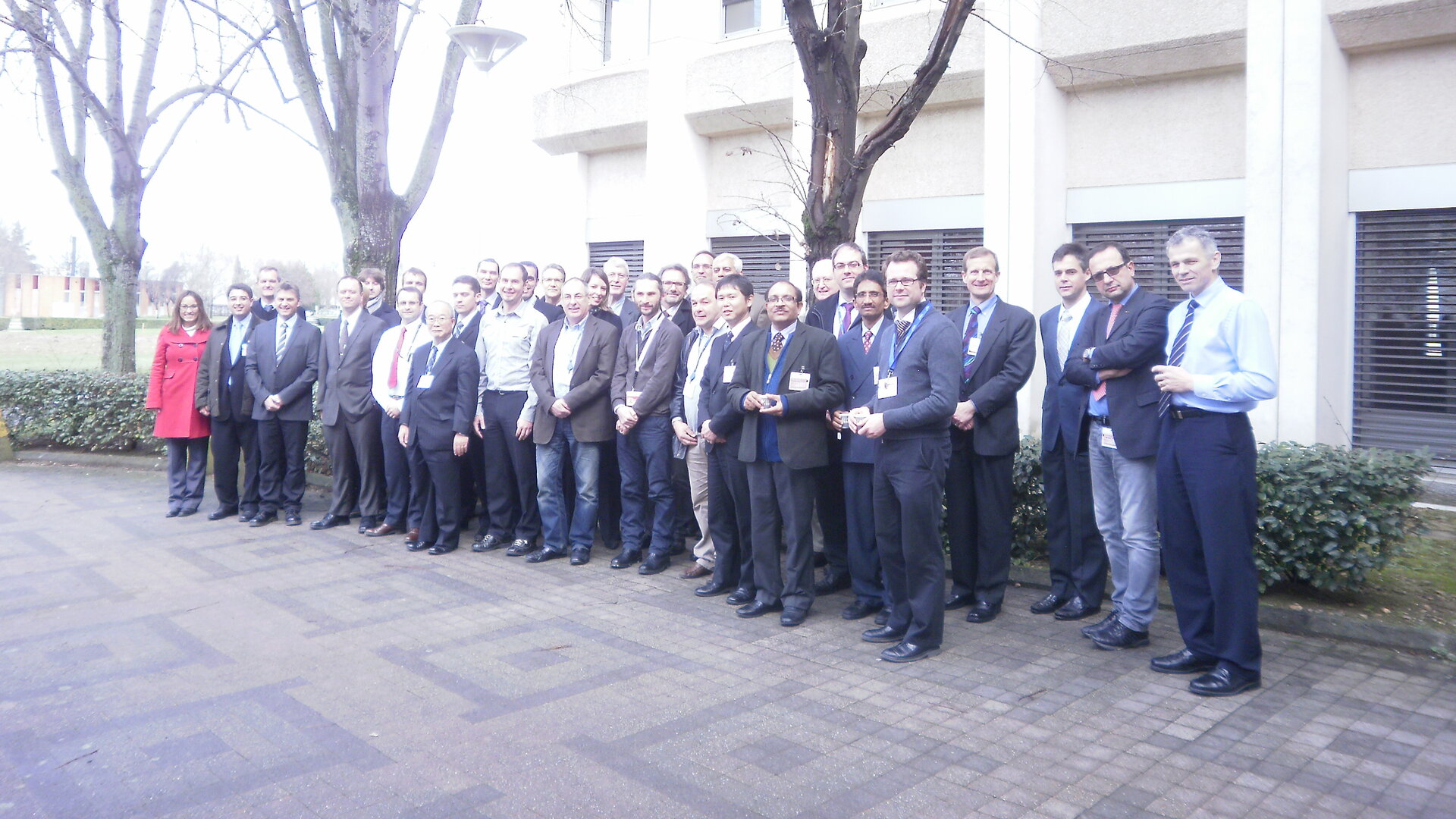 Experts ensuring that aircraft can safely rely on satellite navigation across Europe and other parts of the globe met this week to share future plans, welcoming Russian and Indian representatives for the first time.

Ever more aircraft around the globe are using satnav augmentation to guide them on their way, with special infrastructure sharpening signal accuracy and reliability across given geographical regions.

More than 50 of the specialists overseeing the world’s five regional satnav augmentation systems met at Toulouse in southern France for the latest meeting of the Satellite-Based Augmentation Systems (SBAS) Interoperability Working Group (IWG).

Taking place on 24–25 January, this gathering was the first to be attended by Russia’s space agency and the Indian Bureau of Civil Aviation, to discuss their own SBAS systems.

The resulting accuracy improvements together with information on integrity – the reliability level of the signals – renders satnav suitable for the vertical (as well as horizontal) guidance of aircraft and a range of other precision applications.

Today, there are three certified SBAS operational worldwide: Europe has EGNOS, designed and developed by ESA, operated by the European Satellite Service Provider and owned by the European Commission. EGNOS was made available for general users in 2009 and for aircraft landing approaches since March 2011.

The US has the Wide Area Augmentation System (WAAS), developed and operated by the Federal Aviation Administration (FAA), with an extension over Canada called CWAAS (Canadian WAAS).

Representatives of these five systems were joined at this 24th IWG meeting by international organisations including Eurocontrol, the European Organisation for the Safety of Air Navigation.

The working group was set up by the FAA and ESA in 1997, as WAAS and EGNOS began development. In 2008 the members extended the group’s terms of reference to develop a shared vision for the future generations of these systems.

This week’s meeting saw the members compare the status and performance of their systems, discuss the progress of their modernisation programmes, while also hearing observations from SBAS end-users such as airlines and aircraft manufacturers.

They also discussed performance issues being encountered by operational systems, due to high solar and ionospheric activity in the run-up to this year’s solar maximum.

For the future, the aim is that next-generation SBAS systems follow common standards to allow seamless handovers of flights between them. This post-2020 version has been named ‘Dual Frequency Multi-constellation Augmentation’, as opposed to the current solely GPS-based single frequency augmentation systems.

Among the most important achievements was the progress on defining a common SBAS message based on dual GPS and Galileo signals, aimed at extending coverage to achieve quasi-global service by 2020, and the first field test results demonstrating the expected performance benefits of combining Galileo signals with EGNOS.

Discussions will continue at the next IWG conference, due to take place in St Petersburg at the end of June.