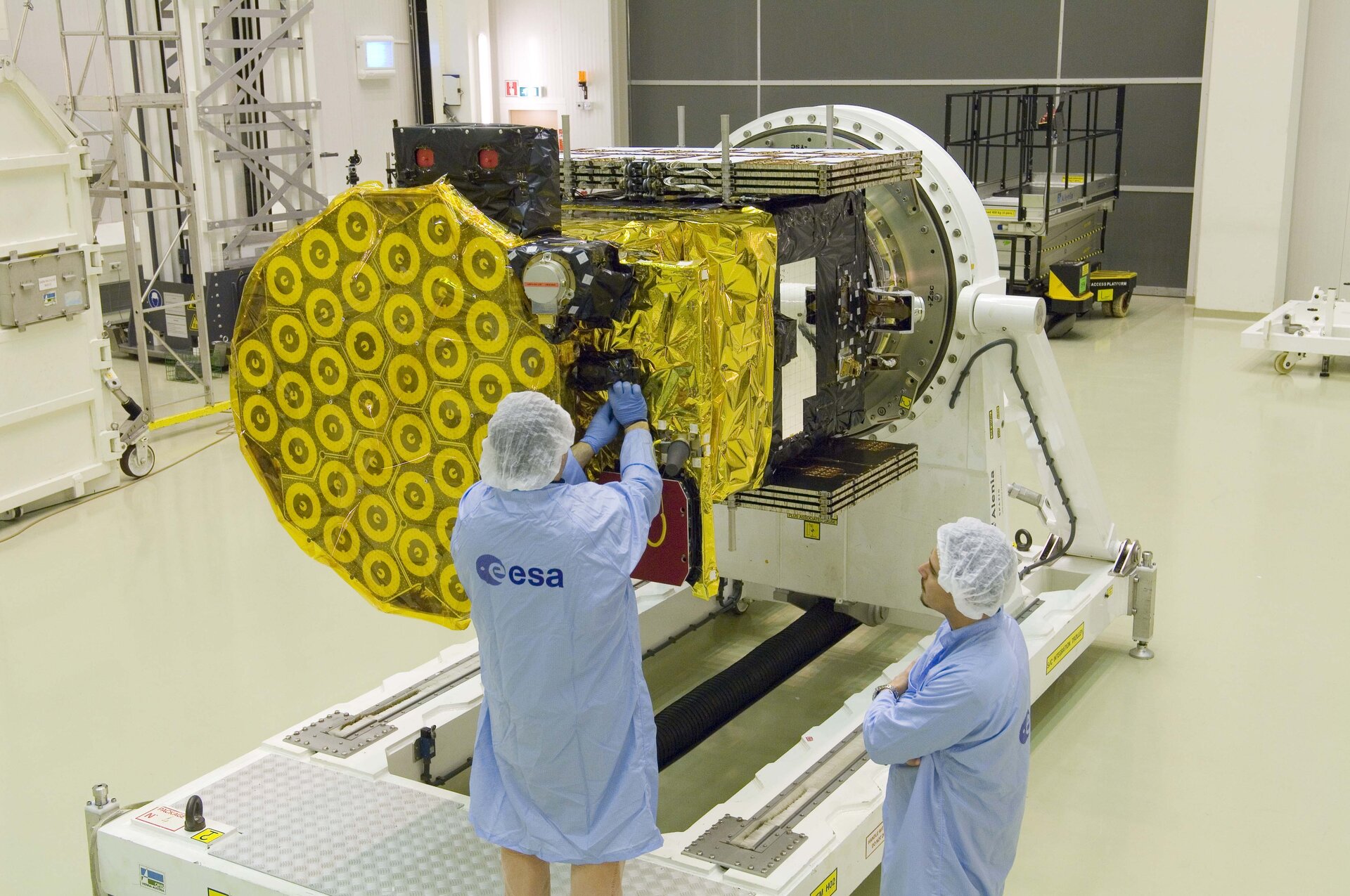 Yesterday, members of the media visited the agency's European Research and Technology Centre, to see and learn about , the second Galileo in-orbit validation satellite, before it is packed for shipping to the launch site.

has successfully completed its test campaign and will depart from ESTEC on 11 March. The spacecraft will be flown to Baikonur, in Kazakhstan, from where it will be carried into orbit by a Starsem Soyuz/Fregat launch vehicle. The launch is scheduled for 04:16:02 local time on 27 April (00:16 CEST, 22:16 UTC [26 April]).

Around 50 members of the press attended the media event. Giuseppe Viriglio, ESA's Director of Telecommunication and Navigation, welcomed the visitors and gave an introduction to ESA's navigation programmes. Paul Verhoef, Head of the Galileo Unit in the Directorate-General for Energy and Transport of the European Commission, presented the Galileo Programme.

Javier Benedicto, ESA's Galileo Project Manager, introduced and the Galileo in-orbit validation phase. Groups of guests then visited the ESTEC test centre, to see at the conclusion of its tests, and the Navigation Laboratory, which will play a major role in validating signals from the satellite.

will test novel, key technologies for the Galileo system, such as the high-precision passive maser clock and the triple-channel transmission of navigation signals. Instruments onboard the satellite will measure the radiation and spacecraft charging environments.

will be able to transmit a signal adopting a specific standard (known as MBOC), in accordance with an agreement reached only a few months ago by the European Union and the United States for their respective systems.

The spacecraft was built by a consortium lead by Astrium GmbH (Germany) as satellite prime, with Thales Alenia Space (Italy) as subcontractor for satellite assembly, integration and test. Telespazio (Italy) will be in charge of the operations in orbit.

Following on from the first four satellites of the operational constellation are under development. They are scheduled for launch in 2010 and will enable a system-level verification of the Galileo design.

In November 2007, the European Union Transport Council reached the following conclusions on the future development of Galileo:

An agreement between the European Commission and ESA is being prepared which will address, in particular, the respective responsibilities and the detailed implementation of the Galileo deployment.