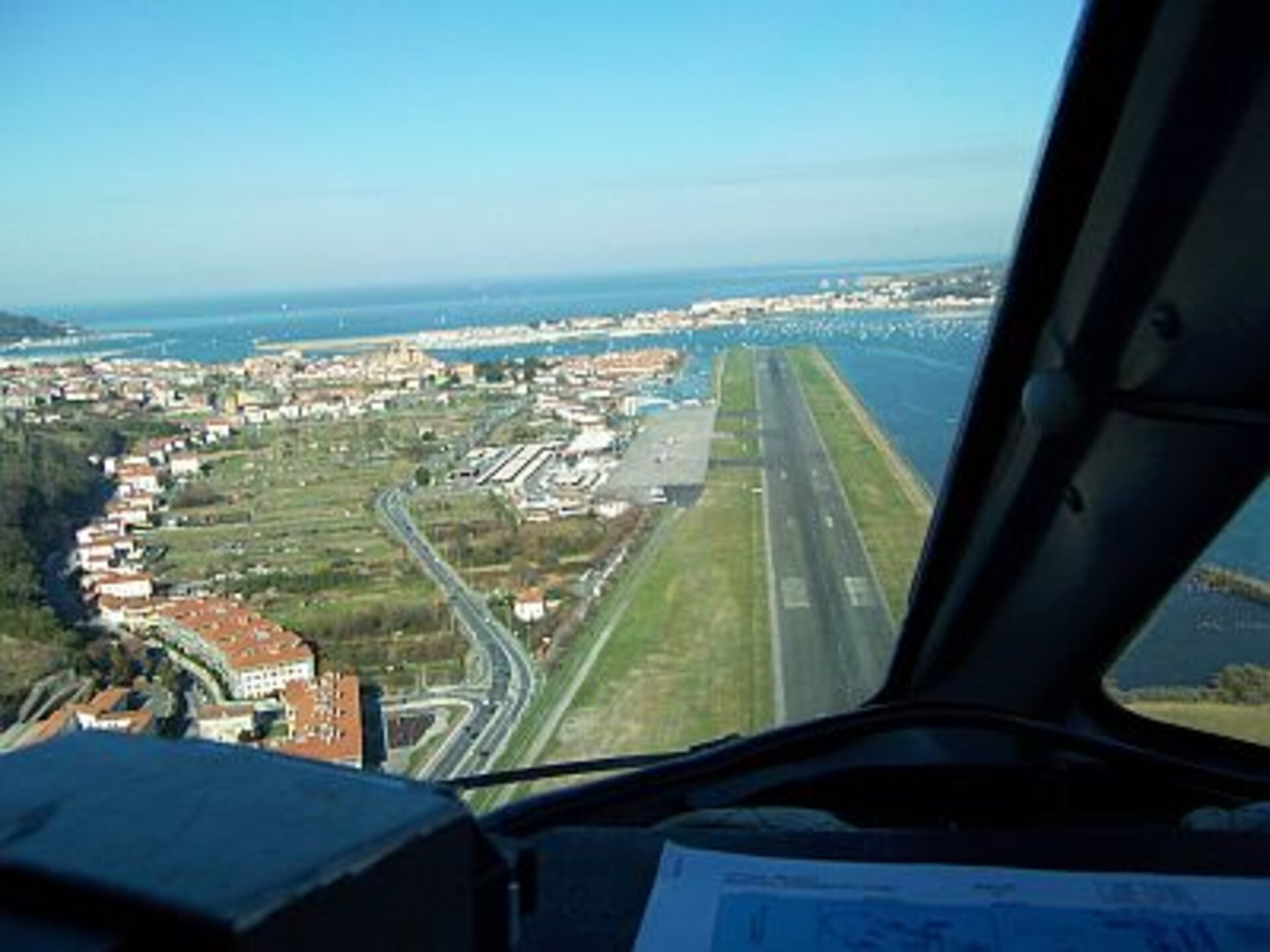 Earlier this month, at San Sebastian airport in Spain, a successful test using the European Geostationary Navigation Overlay Service (EGNOS) to guide an aircraft during landing was carried out.

EGNOS is a joint programme of the European Space Agency, the European Commission and Eurocontrol. EGNOS is made up of a network of more than forty elements all over Europe that collect, record, correct and improve data from the US Global Positioning System (GPS). The modified signals are then relayed via geostationary satellites to user's terminals, offering a positional accuracy of better than two metres, compared with 15 to 20 metres for GPS alone. In addition, EGNOS gives a guarantee of quality for these signals that GPS does not provide.

An Air Nostrum Dash-8 aircraft flew four test approaches to runway 04 at San Sebastian, employing a technique called Localizer Performance with Vertical guidance (LPV). During this type of landing, a special satellite navigation receiver provides the pilot with both lateral guidance, replacing or augmenting the function of the localiser - a radio beacon that guides the plane to the runway centre line, and vertical guidance.

EGNOS offers the possibility of instrument landing approaches similar to conventional Instrument Landing Systems (ILS) - without the need to install navigation infrastructure at the airport runway. Furthermore, the cockpit data display is the same as for ILS, so there are no familiarisation problems for the pilots and no additional training costs.

The experience of pilots and air traffic controllers with regard to the value of EGNOS for this aerodrome was very positive. The 3.5º glide path proved to be a safe route for the approach. Notably, there were no ground proximity alerts - these currently prevent flying standard instrument approaches - based on conventional navigation aids - to runway 04.

The trials were performed as part of the GNSS Introduction in the AviatioN secTor (GIANT) project. GIANT is a European Commission Sixth Framework Programme (FP6) project with the aim of supporting the introduction of EGNOS and Galileo services into the aviation market while demonstrating to the responsible authorities that the required safety levels are achieved.

The outcome of this flight demonstration will be presented at the European Navigation Conference to be held in Toulouse during April 2008, and at the Second User Forum organised as part of the GIANT project.

GIANT now plans to perform flight demonstrations with an Air Nostrum aircraft at Valencia (Spain) and Bologna (Italy), before the summer of 2008.