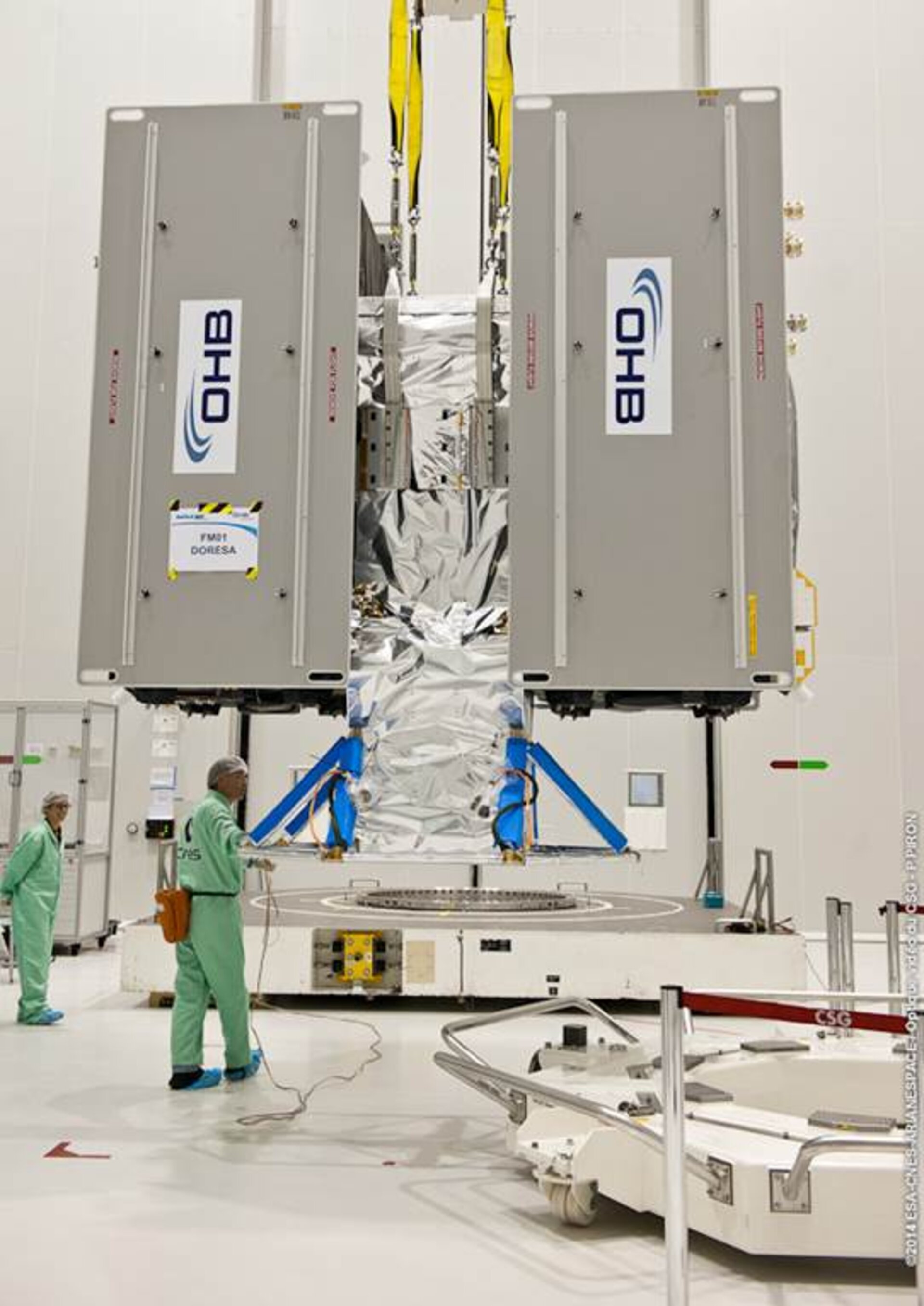 Final functional testing of Europe’s twin Galileo navigation satellites has been completed at Europe’s Spaceport in French Guiana, on track for launch this Thursday.

The fuelling of the two satellites, allowing them to fine-tune their orbits and maintain their altitude over the course of their 12-year lifetimes, took place on 7–8 August.

Then, on 11 August, the two satellites were installed together on the flight dispenser that secures them to the Soyuz launcher’s Fregat upper stage.

The follow-on installation of the stack – the two satellites plus dispenser – onto the Fregat stage was completed on 15 August , then encased within its protective launch fairing.

Today this combined upper composite – also known as the ‘space head’ – will be attached to the other three stages of the powerful Soyuz ST-B launcher ready to haul it up into orbit on Thursday.

Final operations for the launch will proceed early this week with a final countdown leading to a launcher liftoff scheduled for Thursday, 21 August at 14:31:14 CEST (12:31:14 UTC).

At three hours, 47 minutes and 57 seconds after liftoff, the satellites will then be deployed from their Fregat by the dispenser’s pyrotechnic separation system once their final 23 500 km altitude is reached.

This first quartet were ‘In-Orbit Validation’ satellites, serving to demonstrate the Galileo system would function as planned.

Now that work has been done, the ‘Full Operational Capability’ satellites being launched this week are significant as the first of the rest of the Galileo constellation.

The payloads generating navigation signals to Earth have been manufactured by Surrey Satellite Technology Ltd in the UK, while the satellites carrying them have been built by OHB in Germany.

The definition, development and In-Orbit Validation phases of the Galileo programme were carried out by ESA and co-funded by ESA and the EU.