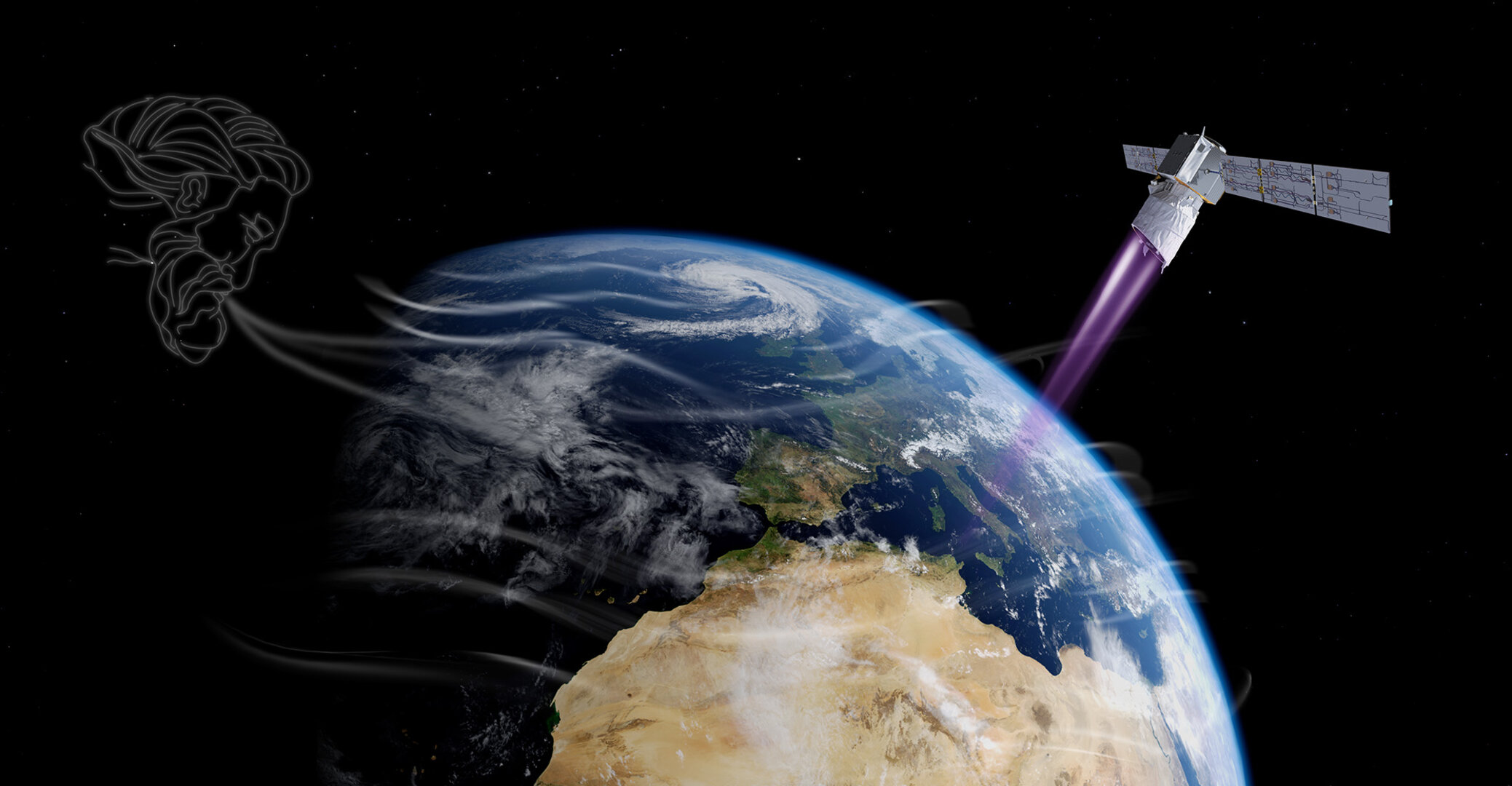 Developing new satellite instruments is always challenging, but at times more head-scratching is needed to create something truly cutting-edge. ESA’s Aeolus mission may have caused a few headaches along the way, but its wind lasers are now ready and the task of putting the rest of the instrument together can begin so that it can be ready for launch in 2016.

This pioneering Earth Explorer mission will provide accurate and timely profiles of the world’s winds as well as information on aerosols and clouds. These profiles will not only advance our understanding of atmospheric dynamics, but will also offer much-needed information to improve weather forecasts.

To do this, the satellite will carry some of the most challenging technology ever put into orbit: a novel wind lidar called Aladin – incorporating two powerful lasers, a large telescope and very sensitive receivers.

The laser generates UV light which is beamed towards Earth. This light bounces off air molecules and small particles such as dust, ice and droplets of water in the atmosphere. The fraction of light that is scattered back towards the satellite is collected by Aladin’s telescope and measured.

The movement of the air molecules, particles or droplets cause this backscattered light to change frequencies slightly. By comparing these frequencies with the original laser, the winds below the satellite can be determined.

A lot of time has gone into developing the technology involved and testing both lasers. Despite numerous setbacks, in particular issues associated with them working properly in a vacuum, engineers at Selex-ES in Italy persevered.

Thanks to their dedication and ingenuity, a major milestone for the mission has been achieved. Both lasers have now been delivered to Airbus Defence and Space in Toulouse, France, ready to be integrated into the rest of Aladin.

Alessandro D’Ottavi, the Aladin System Engineering Manager at Selex-ES Pomezia, near Rome, has worked on the laser since 2003 and admits that it has been the most technically challenging project of his career: “Despite the many difficulties we faced, the team’s spirit and motivation has always remained high.

“Now that the lasers are both safely in the hands of Airbus in France we wish them well with integrating them into the Aladin instrument and look forward to a successful mission.”

Giuseppe Pulella, Programme Manager for the laser transmitter at the Selex-ES factory near Florence, added, “We have been working at the forefront of optics and laser technology for some time and encountered some pitfalls along the way.

“Nevertheless, we have overcome these with a mixture of technical solutions. We still have some important work to complete, including testing the life of the spare laser, but we now feel that we have mastered the main challenges that earlier stalled its development.”

The Aladin team at Airbus have had the first laser since last year and have already carried out some important tests on its optics. However, the arrival of the second laser allows the team to move on and assemble and test the full instrument so that it is ready by the end of the year.

Denny Wernham, ESA’s Aladin instrument Manager, said, “The delivery of the second flight laser is a major achievement by Selex-ES, who have overcome major technology issues along the way.

“The contributions of Airbus Defence and Space, who have remained closely involved with Selex-ES throughout, as well as the valuable support the Aeolus project has had from the engineers in ESA and the DLR German Aerospace Center in Stuttgart, should not be underestimated.

“Thanks to these collective efforts, the project can now focus on the instrument and satellite integration and testing.”