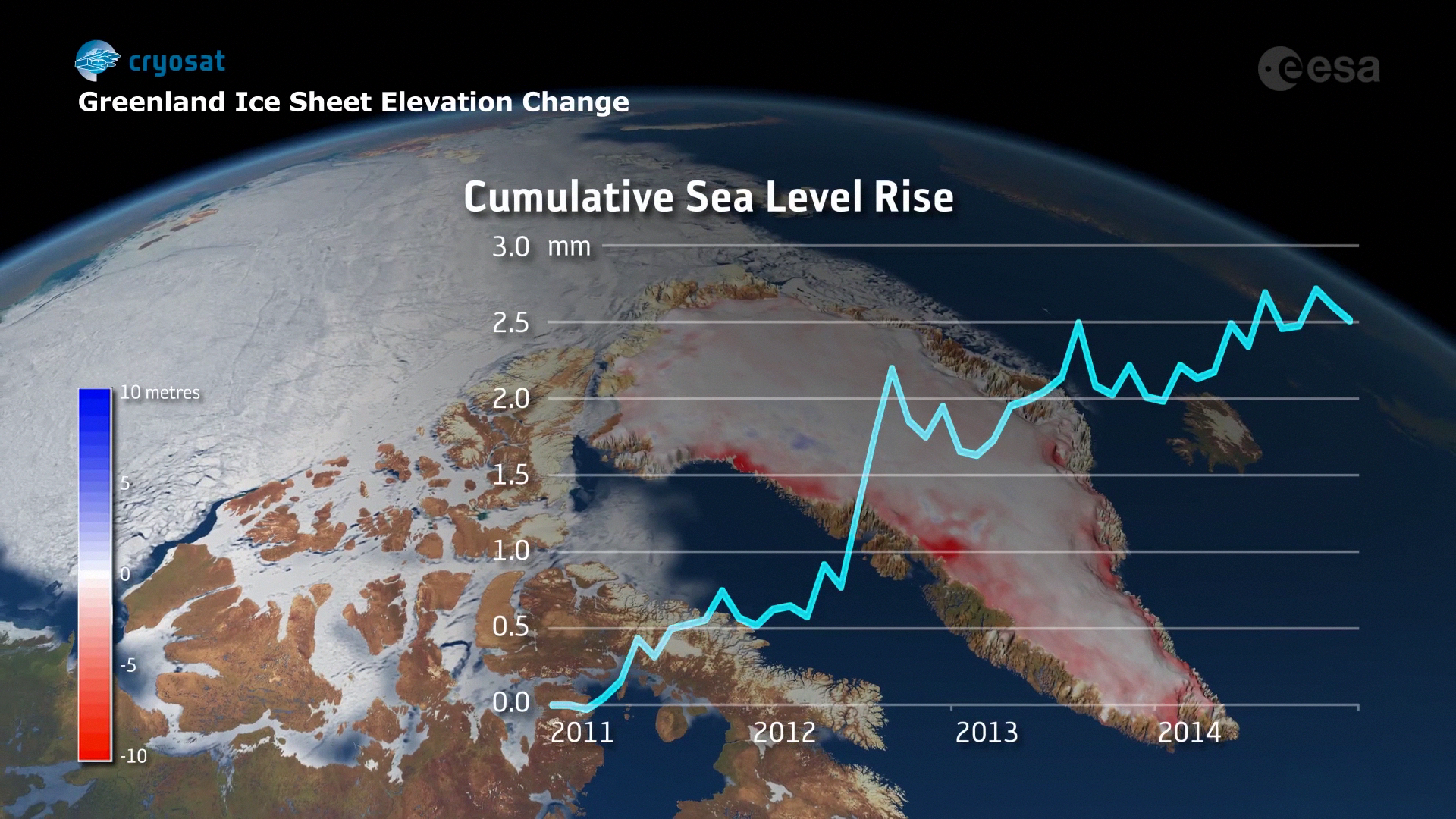 In the most detailed picture to date, information from ESA’s CryoSat satellite reveals how melting ice in Greenland has recently contributed twice as much to sea-level rise as the prior two decades.

Between 2011 and 2014, Greenland lost around one trillion tonnes of ice. This corresponds to a 0.75 mm contribution to global sea-level rise each year – about twice the average of the preceding two decades.

The study, published in Geophysical Research Letters today, combines data from the CryoSat mission with a regional climate model to map changes in Greenland ice-sheet mass. It is the most detailed recent picture of ice loss from Greenland.

CryoSat carries a radar altimeter that can measure the surface height variation of ice in fine detail, allowing scientists to record changes in its volume with unprecedented accuracy.

The study demonstrates how the satellite has allowed researchers to map the complex regional pattern of imbalance.

“CryoSat’s radar really brings into focus our view of the ice sheet, revealing which glaciers are exhibiting the greatest signs of change,” explained lead author Dr Mal McMillan from the UK Centre for Polar Observation and Modelling at the University of Leeds.

“This helps us to study Greenland’s individual outlet glaciers, which in turn allows us to better understand the contribution they have made to global sea-level rise.”

The study also shows large variations in the amount of ice loss from year to year, with the highest losses occurring in 2012 when summer temperatures hit record highs. This demonstrates Greenland’s sensitivity to sudden changes in the surrounding environment.

“These significant results clearly demonstrate CryoSat’s unique capability of recording cryospheric changes, and it is essential that it is maintained in future,” said CryoSat Mission Manager Tommaso Parrinello.

CryoSat’s measurement of Greenland ice losses are in close agreement with those computed from NASA’s GRACE mission, which carries sensors that are specially designed to weigh changes at the scale of the entire ice sheet.