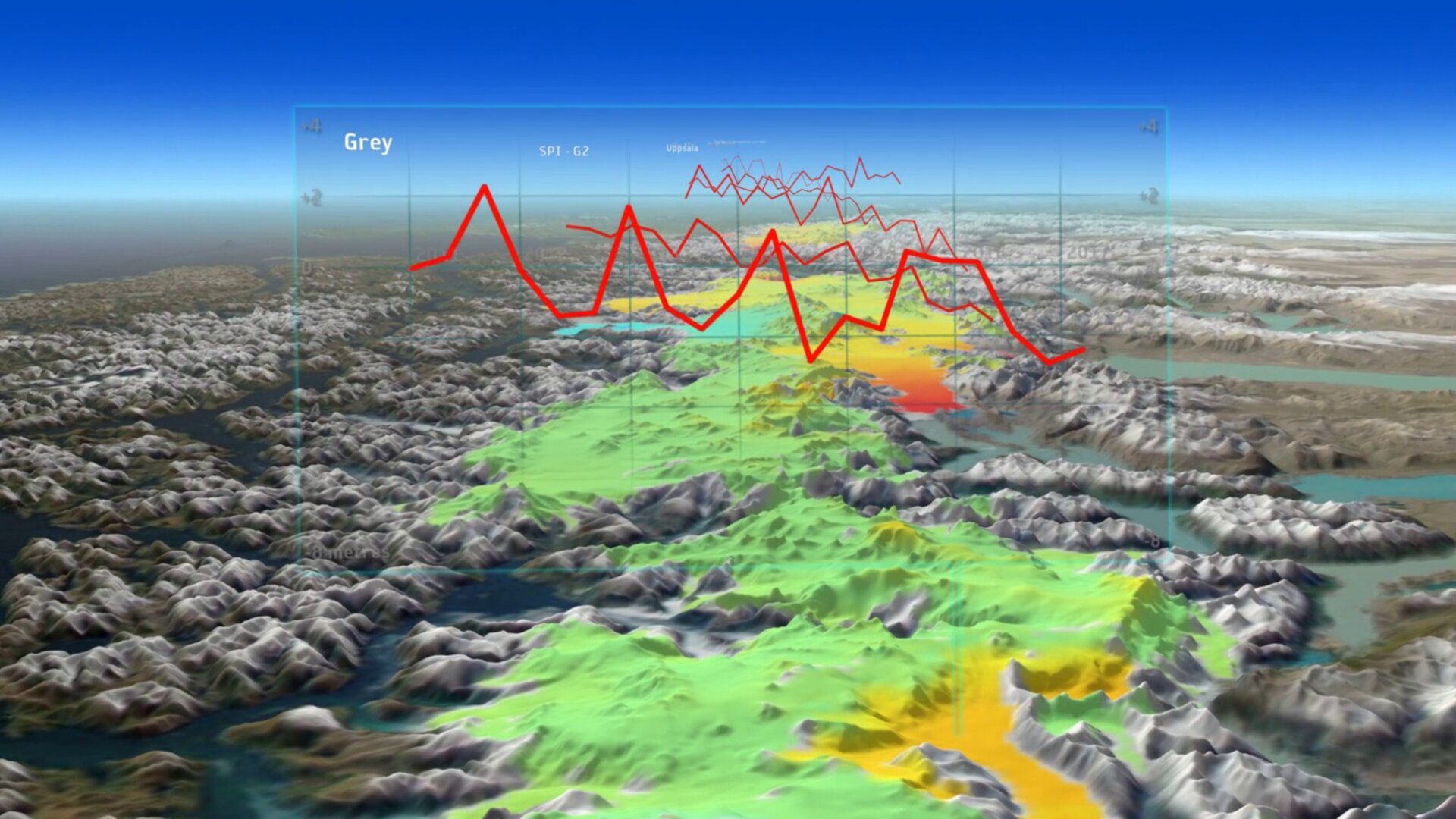 While ESA’s CryoSat continues to provide clear insight into how much sea ice is being lost and how the Antarctic and Greenlandic ice sheets are changing, the mission has again surpassed its original scope by revealing exactly how mountain glaciers are also succumbing to change.

Glaciers all over the globe are retreating – and for the last 15 years, glacial ice has been the main cause of sea-level rise.

Apart from Antarctica, Patagonia is home to the biggest glaciers in the southern hemisphere, but some are retreating faster than anywhere else in the world.

This is because the weather is relatively warm and these glaciers typically terminate in fjords and lakes, exacerbating surface melting and causing them to flow faster and lose ice as icebergs at their margins.

There is a clear need to monitor and understand glacial dynamics, not only in Patagonia but globally.

However, with around 200 000 glaciers worldwide coupled with their remote rugged terrain, maintaining local monitoring systems is extremely difficult.

Turning to space, satellite radar altimeters have been mapping ice loss from the large sheets for the last 25 years, but the footprint of this type of instrument is generally too coarse to monitor the smaller mountain glaciers.

Fortunately, a new way of processing CryoSat data now makes it possible to map these glaciers in fine detail.

Noel Gourmelen from the University of Edinburgh said, “The technique of swath processing differs from conventional radar altimetry. Using CryoSat’s novel interferometric mode, we see how the radar wave front interacts with the surface.

“We can then extract a whole swath of elevations rather than single elevation points. This is revolutionising the use of CryoSat over complex icy terrains, yielding more detail than we ever thought possible.”

A paper published recently in Remote Sensing of Environment describes how this technique has been used to reveal complex patterns in the changing height of glaciers in Patagonia.

Luca Foresta, also from the University of Edinburgh, explained, “We’ve used CryoSat to discover that between 2011 and 2017 there was widespread thinning, particularly in the northern part of the ice fields.

“For example, the Jorge Montt glacier, which flows down to the ocean, retreated 2.5 km and lost about 2.2 Gt of ice a year, and the Upsala glacier, which terminates at a lake, lost 2.68 Gt a year.

“In contrast, however, Pio XI, the largest glacier in South America, advanced and gained mass at a rate of about 0.67 Gt a year.”

Over the six-year period, the Patagonian ice fields overall lost mass at a rate of over 21 Gt a year, which is equivalent to adding 0.06 mm to sea level. It is also a 24% increase compared to the amount of ice lost between 2000 and 2014.

This paper coincides with the release of a similar new CryoSat swath dataset over Greenland. In addition to the six billion or so measurements gathered over six years, researchers are also using this dataset to generate a digital elevation model of the Greenland ice sheet and a new map of thinning rates.

Flora Weissgerber from the University of Edinburgh said, “Thanks to CryoSat’s interferometric capabilities and swath processing, we have managed to compute the elevation and elevation change across the Greenland ice sheet.

“This unique high-resolution dataset should enable better modelling and increased understanding of how much ice is being lost from Greenland.”

ESA’s Mark Drinkwater noted, “This approach opens a window to what could be possible as a matter of routine in the future with the Polar Ice and Snow Topography mission, which is currently a candidate mission studied as part of the Copernicus Expansion.”