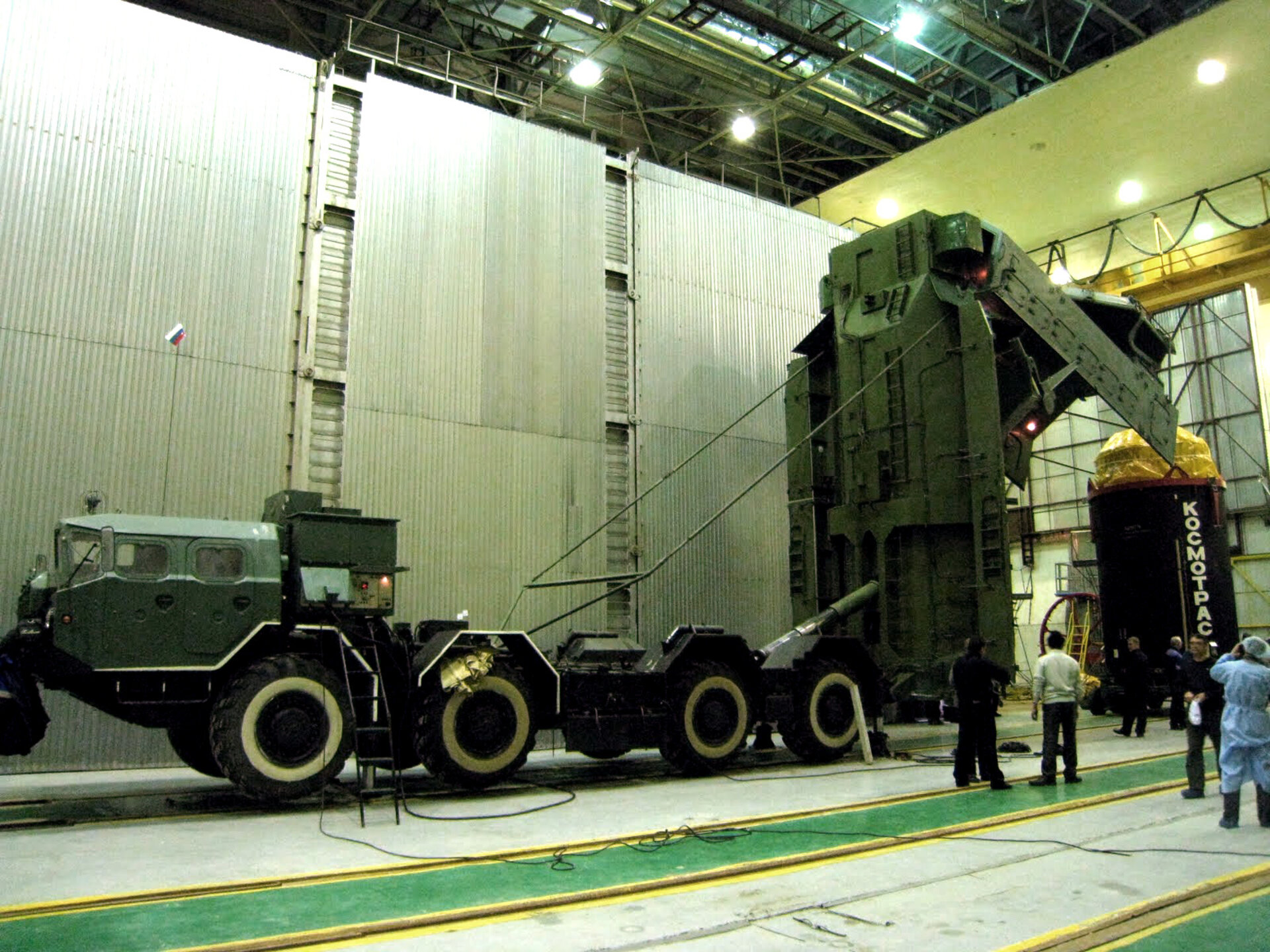 16 February 2010 – Following encapsulation at the end of last week, the space head module holding CryoSat-2 has been taken by 'crocodile' to the launch silo.

On 11 February, the team said an emotional farewell to CryoSat-2 as the two halves of the Dnepr space head were sealed, encapsulating the satellite within. As tradition dictates, stickers were then applied to the outside of the rocket upper stage: one with ESA’s CryoSat-2 logo, one with the flags and logos of contributors to the Russian launcher and a final one from ESA’s prime contractor for CryoSat, Astrium.

Once loaded, the container resumed a horizontal position on the back of the lorry and the jaws closed. Despite a long list of volunteers, no one can travel in the crocodile so team members had to follow by bus, in a convoy, to the launch pad – site 109. The trip took place yesterday and took well over an hour to complete, including two stops to inspect that everything was okay. The speed was such that the Roscosmos camera crew were able to run past the convoy and video its passage.

Prior to this convoy, a few of the team members had taken equipment to the bunker. This equipment is needed to communicate with the spacecraft and includes the famous network data interface unit (NDIU). The NDIU provides a network link to ESA’s European Space Operations Centre (ESOC), allowing ESOC to monitor the satellite from Germany.

The equipment was transported in two vans, similar to Ford Transits that had been loaded by fork lift. Unfortunately, there is no fork lift at the bunker and some of the equipment is around 200 kg! Luckily, a crew of Russians were on hand and managed to carry the equipment down into the bunker room, where the team configured it for use.

There is still some final checks to be done on the satellite before the dress rehearsal next Friday.

On the launch vehicle side, it is fully fuelled and will have the top section of the launch canister fitted now the space head module has been installed.