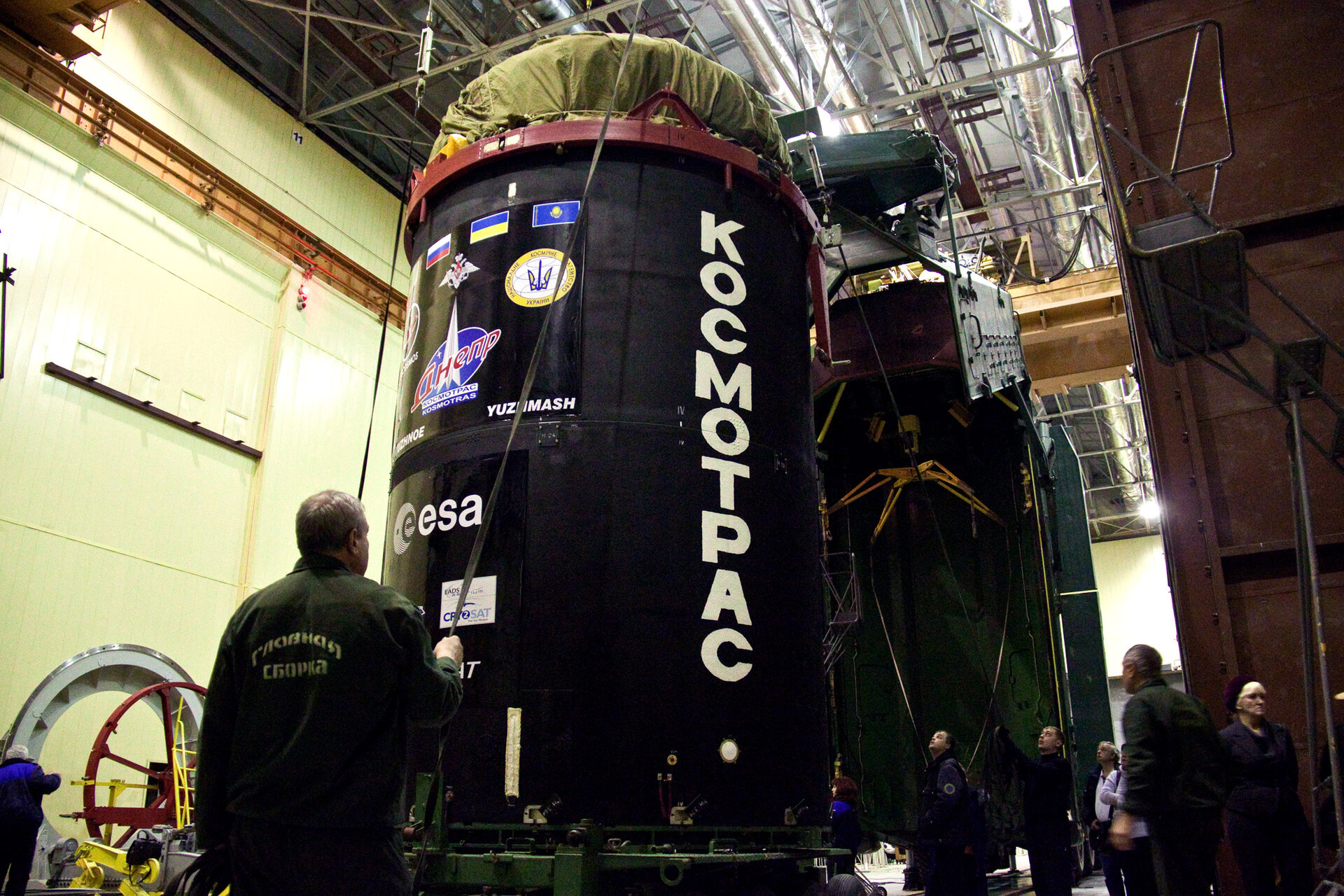 23 February 2010 – Following last week’s announcement that there would be a launch delay, the space head module encasing CryoSat-2 has been removed from the launcher and returned to the integration facilities.

Last Thursday afternoon, the team out in Baikonur were preparing for the launch 'dress rehearsal' when they heard that the launch would be delayed. The delay is due to the fact that some parameters relating to fuel ratio in the launcher’s second stage could be optimised to improve the reliability of the mission. This was obviously very frustrating news for the team.

Bill Simpson, ESA’s Launch Campaign Manager, said, "As you can imagine, the news went down like a lead balloon here in Baikonur and at ESA’s European Spacecraft Operations Centre in Germany. Nevertheless, although everyone is frustrated and saddened it is worth the wait to ensure a successful launch."

Friday’s 'dress rehearsal', which is a practice run of the countdown procedure, was subsequently cancelled and on Saturday the space head module was removed from the launch silo and transferred by the crocodile back to the integration facility.

The satellite has since been tested in preparation for a short babysitting phase. Two team members will remain in Baikonur to babysit until a new launch date is set and the launch campaign resumes in due course.