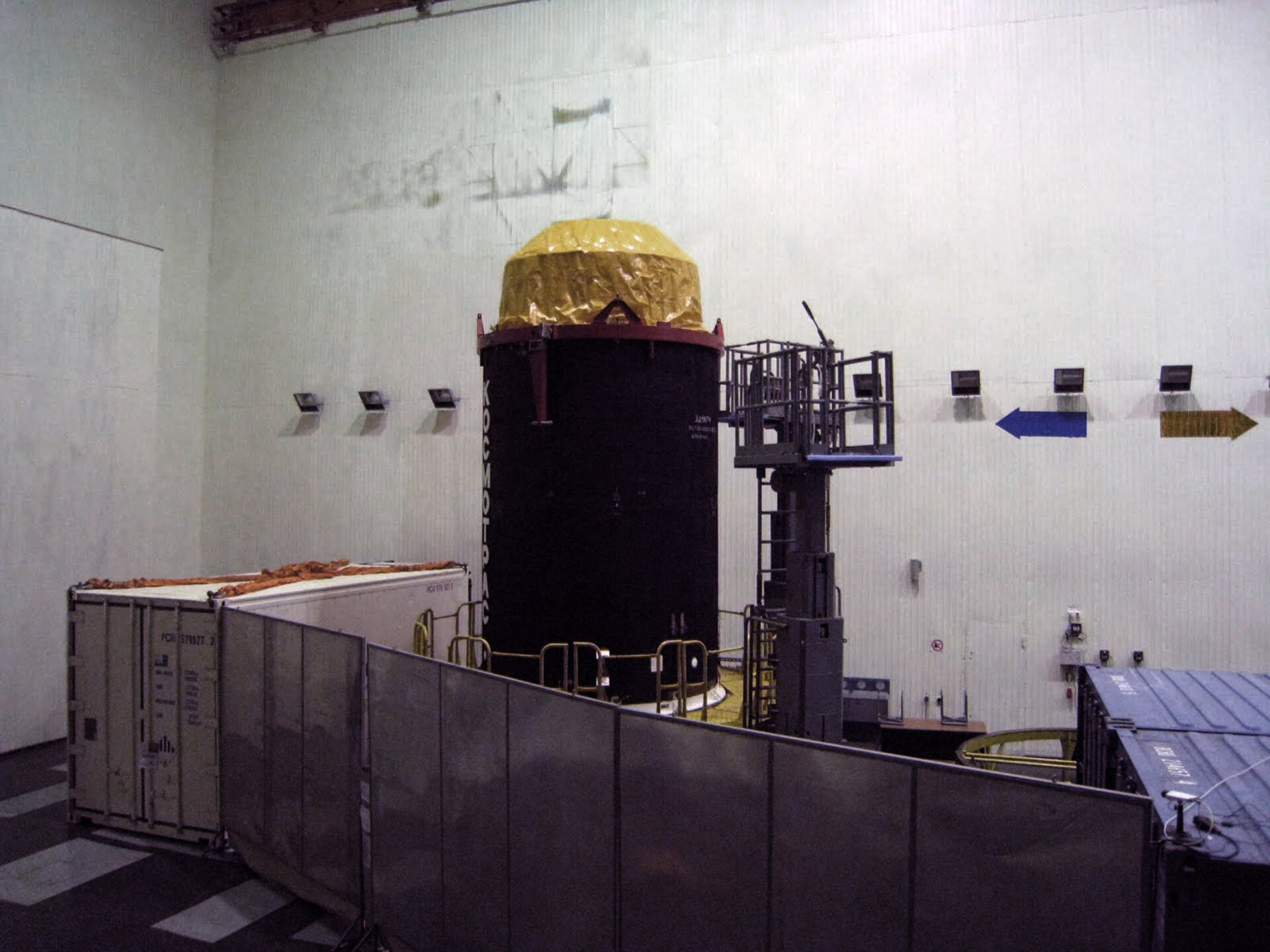 25 March 2010 – The task of having to babysit CryoSat has now officially ended with the arrival of the launch campaign team back in Baikonur.

Throughout the month-long babysitting period, CryoSat-2 remained encapsulated within the Dnepr space head module in the cleanroom. The two-man team checked the satellite every day, usually at the same time the facility was being cleaned. This daily inspection included checking the satellite's batteries and temperature, as well as the temperature of the facility.

With the fuelling issue with the launcher now resolved and the launch date of 8 April confirmed, the rest of the launch campaign team returned to the launch site this week. Preparations to launch are now underway again – starting with some electrical tests on the satellite and battery recharging.

This is all in readiness for the reloading of the space head module onto the 'crocodile'. The crocodile is the vehicle that carries the precious space head module out to the silo, where it will be integrated with the rest of the Dnepr launcher. Transfer to the silo is planned to take place on 1 April.

Everyone involved is very positive about the run up to launch. Morale has also been lifted by the milder weather, which also removes any concern about the space head module getting too cold in the silo.