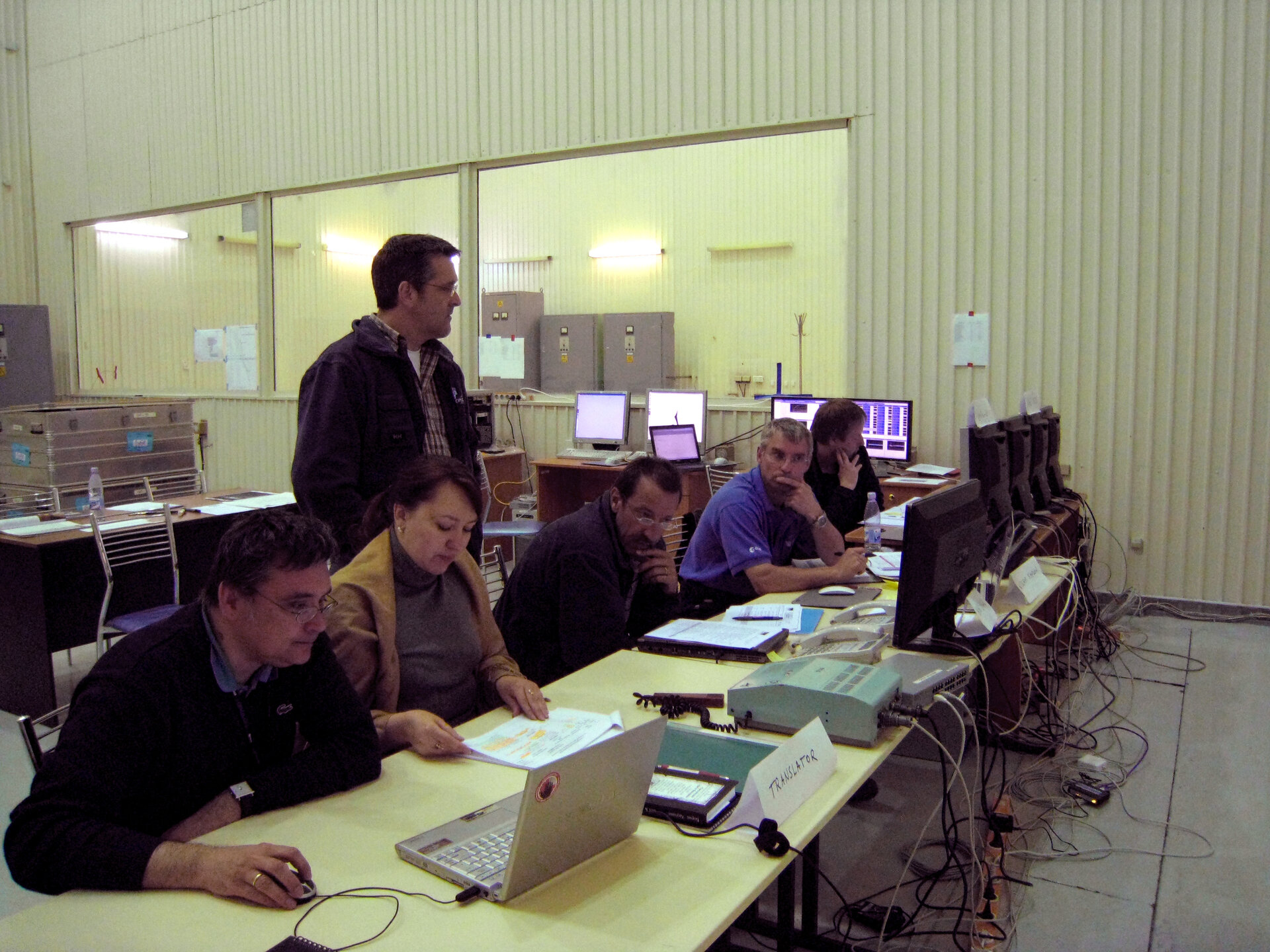 6 April 2010 – Marking one of the last milestones in the campaign to launch CryoSat the dress rehearsal of the countdown procedure has taken place at ESA's European Spacecraft Operations Centre (ESOC) and at the Baikonur Cosmodrome in Kazakhstan.

The space head module encapsulating CryoSat-2 is now safely integrated with the rest of the Dnepr rocket in the underground launch silo in readiness for liftoff on Thursday 8 April at 15:57 CEST (13:57 UT), just two days away.

The purpose of the dress rehearsal, which is a full simulation of the launch procedure, is to ensure that everything is in place for the day of launch – from the all-important operation and communication sequences and procedures, to everyone involved knowing their positions.

This involved the entire Mission Control team at ESOC, the team at the launch site, as well as the ground stations in Malindi in Kenya, Troll in Antarctica, Svalbard in Norway and Kiruna in Swede, which were connected via voice loop, as well as by data transfer lines. The North American Aerospace Defense Command (NORAD), who provides further support, was also involved.

The teams practiced the full launch sequence starting 8 hours prior to 'liftoff' and ended 25 minutes after launch. In addition, the teams were connected to the CryoSat-2 satellite and able to see live telemetry before launch; after launch a simulator was used.

The dress rehearsal ran beautifully and now the teams look forward to the next milestone, which will come tomorrow when the Russian State Commission is due to give the formal go-head to fuel the rocket.