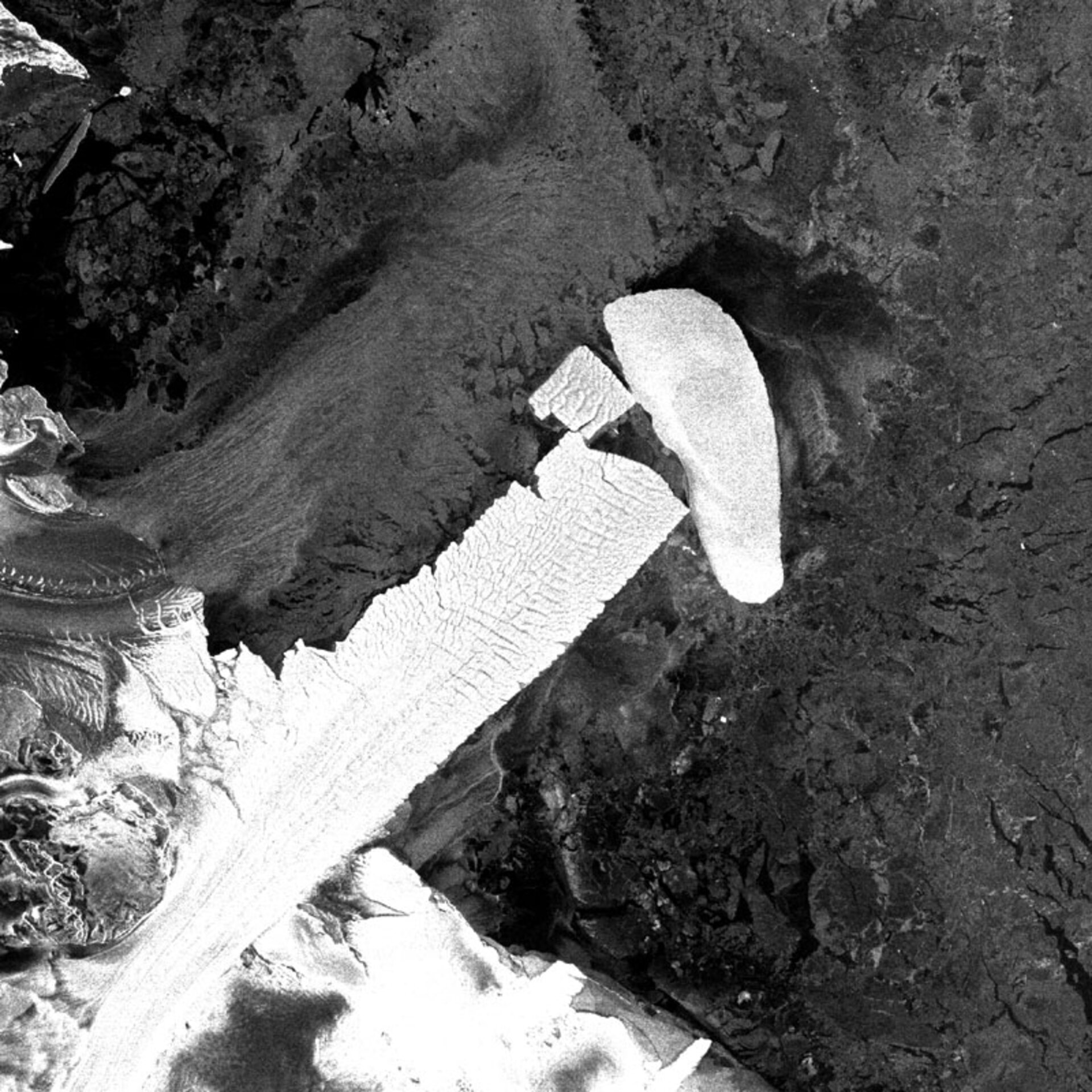 An enormous iceberg, C-16, rammed into the well-known Drygalski Ice Tongue, a large sheet of glacial ice and snow in the Central Ross Sea in Antarctica, on 30 March 2006, breaking off the tongue’s easternmost tip and forming a new iceberg.

Mark Drinkwater of ESA's Ocean and Ice Unit said: “During its passage to the coastal foot of the Drygalski Ice Tongue, C-16, which measures 18.5 kilometres by 55 kilometres, looped into and around McMurdo Sound before being carried quickly to the north.

"The surface ocean currents appear to have predominantly steered the iceberg, not the winds, thus telling us about important aspects of the adjustment in the ocean circulation since the departure of large grounded icebergs off Ross Island."

The floating Drygalski Ice Tongue, which protrudes 80 kilometres into the ocean, is connected to the David Glacier. If it were to break loose, scientists fear it could alter ocean currents and change the region’s climate.

C-16 was formed in 2000 when Iceberg measuring 27 kilometres by 161 kilometres, bumped into the jutting edge of the Ross Ice Shelf and snapped a large piece off. The new iceberg, originally named B-20 and later changed to C-16, then ran aground north of Ross Island. Over the last three months it had escaped its perch and made its way north where it collided with the ice tongue last week.

The National Ice Center (NIC), located in Maryland, USA, names icebergs according to the quadrant in which they are originally sighted. There are four quadrants (A, B, C and D). A sequential number is then assigned to the iceberg. B-20 was believed to have been the twentieth iceberg that originated in the B quadrant, so it was named accordingly. However, a few days later it was discovered the berg had actually originated in the C quadrant (west of 180 longitude), so it was renamed to C-16.

NIC named the new iceberg, the piece of the ice tongue which broke off as a result of the C-16 collision, C-25, which measures 13 kilometres by 11 kilometres.

Envisat’s ASAR acquired these images in Wide Swath Mode (WSM), providing spatial resolution of 150 metres. ASAR can pierce through clouds and local darkness and is capable of differentiating between different types of ice.