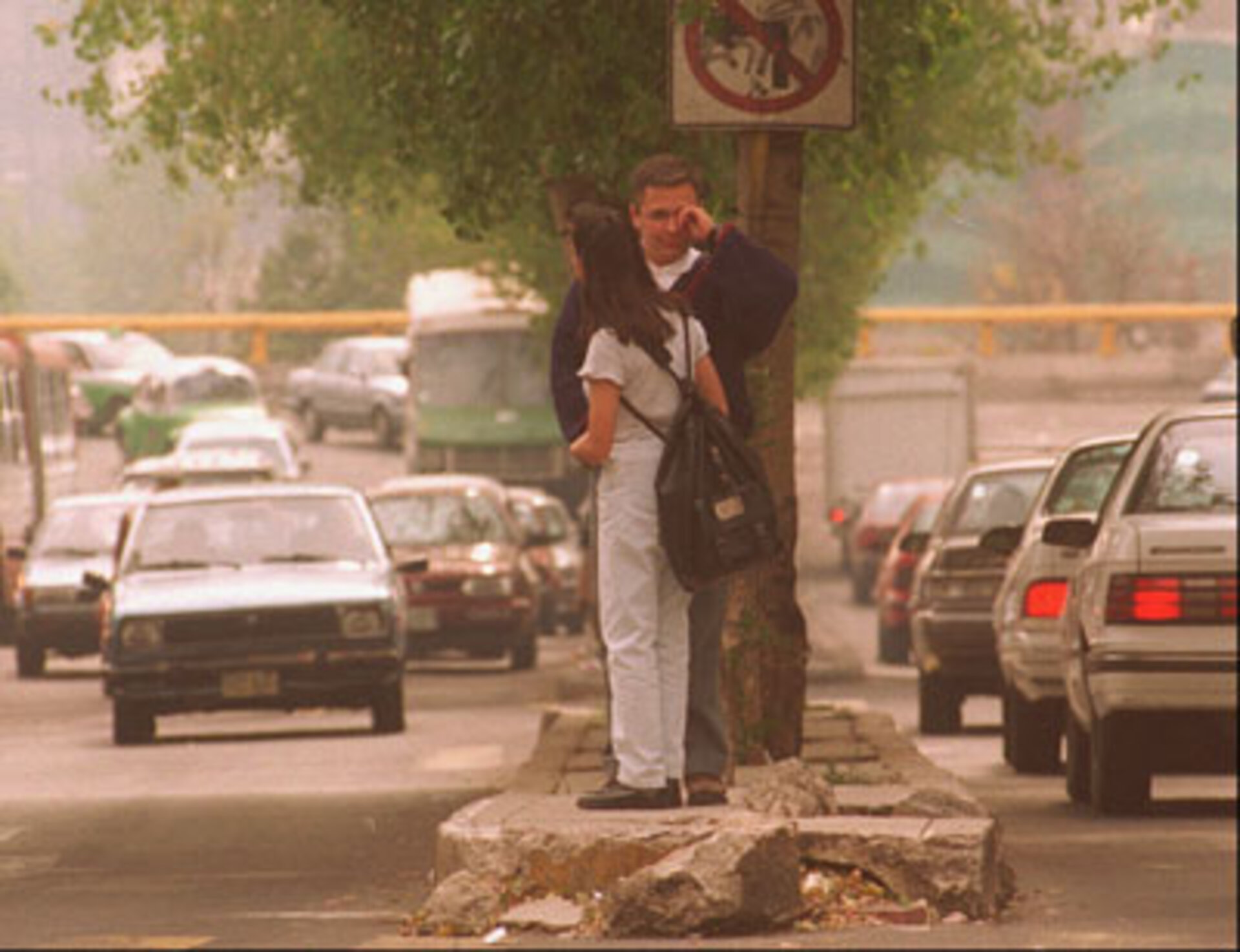 Today the skin-ageing effects of ultraviolet (UV) rays are well known, but the harmful consequences of air pollution on our skin are less easily quantified outside of laboratories. Employing a 2800-strong team of scientists and support staff, L’Oreal has carried out field studies on this subject.

Working with the French Regional Centre for the Fight against Cancer and the Mexican National Institute of Public Health, in 1999 the company began a nine-month study in and around Mexico City - one of the most polluted cities in the world. To study the effects of ozone and nitric oxide on the skin, 96 people in a highly polluted district of the city were compared to 93 subjects living in a less exposed urban area 75 km away.

“We saw many differences between the two groups,” explained François Christiaens of L’Oreal. “We observed increased oxidation of the sebum - the oily secretion that lubricates and protects skin and hair - and the very dry or very greasy skin features of our volunteers living in Mexico City.”

Christiaens explained the consequences are cosmetic, as skin and hair smoothness and brightness change, and also more serious, as oxidation compromises the skin’s natural defences and could also enhance irritation and allergic reactions.

“Today UV doses are either collected from ground sites or come from models, but coverage is sparse and there are limited data over time,” said Christiaens. “But satellite data can give us global maps of UV levels, and we can use them to work out realistic doses, as well as fine-tune the doses simulated in laboratory tests.”

“We want to base our methods on state-of-the-art, high technology methods,” Christiaens concluded. “We hope to get more precise – on a smaller grid and taking account of cloudiness – information on ground UV doses and pollutant levels. As a consequence, we may fine-tune our laboratory experiments to provide more customised products to consumers.”

Other TEMIS users will include statutory bodies charged with monitoring air quality, including the Swiss Agency for the Environment, Forest and Landscape (BUWAL). The aim is to supplement data gathered from the National Air Pollution Monitoring Network (NABEL), which monitors air at 16 different locations across Switzerland for pollutants such as nitrogen dioxide, ozone and fine aerosol particles.

“The air pollution situation across the country covers a large range of pollution levels due to its geographic situation,” said Brigitte Buchmann of the Federal Laboratory for Materials Testing and Research (EMPA), which runs the 16-station NABEL network for BUWAL. “There are highly polluted sites in the centre of cities but also stations used for global background information – such as the top of Jungfraujoch, 3580 metres above sea level.”

Located at the heart of Europe, nitrogen dioxide from as far away as Manchester is known to reach Switzerland, along with dust from the Sahara.

Part of EMPA’s interest in TEMIS is in using satellites to track pollution as it travels from ‘hotspot’ regions. “This is of big interest for air quality assessment. At present we use meteorological transport models to link ground-based point measurements with source regions. But visualisation with satellite would be of great additional benefit. Spatial information and tracking of transboundary transport of polluted air are desirable new tools, ” said Buchmann.

None of the 262 passengers and crew on that British Airways 747 will ever forget that night. Travelling from Kuala Lumpur to Perth in June 1982 the aircraft entered a cloud of volcanic dust from Mount Galunggung on Java, part of the Pacific ‘Ring of Fire’.

Hot dust entered the cabin, the electrical discharge known as ‘St Elmo’s fire’ shot from the wings to the instrument panel, and the engines shut down. Only after falling 6000 metres out of the dust were the engines able to restart, and even then the windscreen was so scratched their emergency landing at Jakarta proved extremely difficult.

It was aviation incidents like this that led to the International Airways Volcano Watch, tasked with reporting to airlines about the location and expected movement of volcanic ash clouds, so planes can re-route around them. Currently the service relies largely on reports from observation stations, pilots and also webcams.

But satellites are well suited to detect ash and also sulphur dioxide gas, typically a ‘signature’ of volcanic eruptions. Until recently the GOME instrument aboard ERS-2 was producing daily aerosol and sulphur dioxide plume maps and next year SCIAMACHY, onboard Envisat, will begin offering the same service, to more effectively guard against aircraft encountering ash clouds in future.