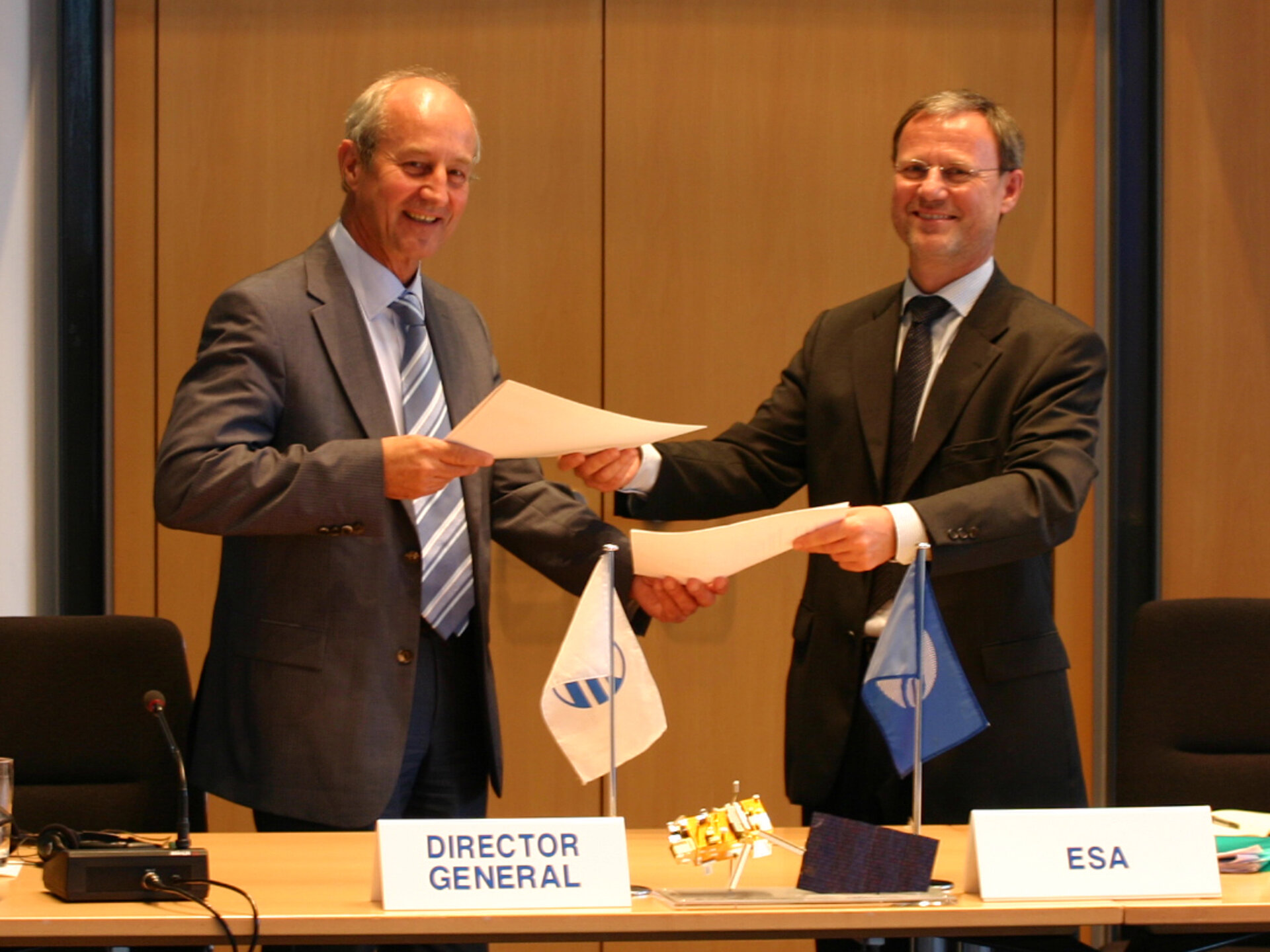 ESA’s Director of Earth Observation Programmes, Dr Volker Liebig, and EUMETSAT Director General, Dr Lars Prahm, have exchanged letters to document the understanding achieved between the two organisations on cooperation and coordination regarding the approval process of the respective Meteosat Third Generation programmes.

The letter exchange took place on the occasion of the 63 EUMETSAT (European Organisation for the Exploitation of Meteorological Satellites) Council meeting, Darmstadt, Germany, 6 and 7 December.

The Meteosat Third Generation (MTG) will be a European operational geostationary meteorological satellite system and is set to revolutionise weather forecasting and environmental monitoring.

The understanding notes the preparation status of the MTG programme, which is currently in Phase A and sets out to define the agreed next steps. It also defines the exact cooperation measures required from both organisations for Phase A and the ensuing Phase B as well as the principles for cooperation in the future phases.

An agreement regulating the respective roles, responsibilities and financial commitments of the two organisations concerning future phases will be developed next year, and will be presented to the ESA and EUMETSAT (European Organisation for the Exploitation of Meteorological Satellites) Councils for approval in the second half of 2008.

The letter also lists the principles that would provide the overall context of the respective roles ESA and EUMETSAT will assume in the planning and execution of the programmes.

These principles identify ESA as the development agency for both the basic space segment technologies and the first twin satellites of MTG; for the satellites that follow, ESA will serve as the procurement agency on behalf of EUMETSAT.

EUMETSAT, in turn, will specify and consolidate end user requirements, requirements for the overall mission, space to ground and the ground segment itself.

EUMETSAT will also be responsible for the overall mission and system engineering and the ground segment design. In addition, it will develop the ground segment and fund the procurement of the recurrent satellites, launch services and LEOP phases, which involve moving the satellite from its initial position after separation from the launcher to its final orbit position, as well as execute the commissioning of the MTG system and run its operations.