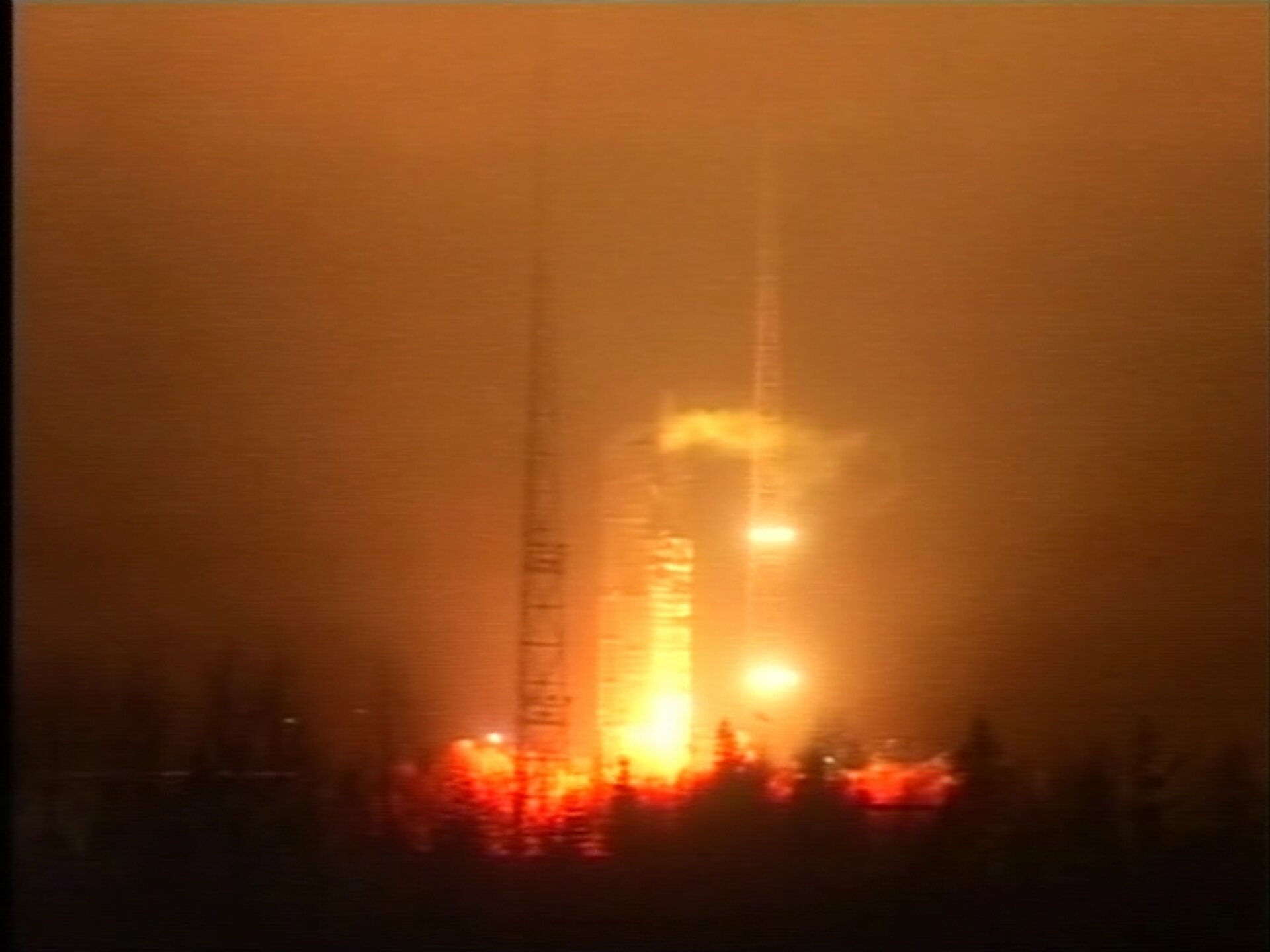 ESA PR 28-2009. The second satellite in ESA’s Earth Explorer series – the Soil Moisture and Ocean Salinity (SMOS) mission – and the second demonstration satellite under ESA’s Project for Onboard Autonomy (Proba-2) were launched into orbit last night from northern Russia.

SMOS will play a key role in the monitoring of climate change on a global scale. It is the first ever satellite designed both to map sea surface salinity and to monitor soil moisture on a global scale. It features a unique interferometric radiometer that will enable passive surveying of the water cycle between oceans, the atmosphere and land.

Travelling piggyback on the launch of SMOS, Proba-2 is a follow-on to the highly successful Proba-1 satellite launched in 2001. It will demonstrate 17 advanced satellite technologies –such as miniaturised sensors for ESA's future space probes and a highly sophisticated CCD camera with a wide angle view of about 120º – while carrying a set of four science instruments to observe the Sun and study the plasma environment in orbit.

The satellites were launched atop a Rockot launch vehicle provided by Eurockot GmbH. Liftoff from the Plesetsk Cosmodrome in northern Russia took place at 01:50 UTC (02:50 CET) on Monday 2 November.

Some 70 minutes after launch, SMOS successfully separated from the Rockot’s Breeze-KM upper stage. Shortly after, the satellite’s initial telemetry was acquired by the Hartebeesthoek ground station, near Johannesburg, South Africa. The upper stage then performed additional manoeuvres to arrive at a slightly lower orbit and Proba-2 was released too, some 3 hours into flight.

Both satellites are currently circling the Earth on their respective sun-synchronous orbits, at an altitude of some 760 km in the case of SMOS and 725 km in that of Proba-2. The Proteus mission control centre operated by the Centre National d’Etudes Spatiales (CNES) in Toulouse, France, is in control of SMOS on behalf of ESA, while the Proba control centre, at ESA’s tracking station in Redu, Belgium, has taken over Proba-2.

Early in-orbit operations have begun to check the satellites before commissioning them for operations. Proba-2 is planned to reach operational status in two months' time. The highly innovative payload onboard SMOS will take longer to check and calibrate, and the spacecraft will enter fully operational mode within six months.

"We are extremely pleased with this double 'lucky strike' that will provide Europe with new tools to better understand our planet and climate change, as well as new technology breakthroughs that will enhance the competitiveness of European industry on the world-wide market, thus contributing to the global economy," said Jean-Jacques Dordain, ESA’s Director General, witnessing the launch from Plesetsk.

SMOS is a 658-kg satellite developed by ESA in cooperation with France’s CNES and Spain’s Centro para el Desarrollo Tecnológico Industrial (CDTI). It is based on the Proteus small satellite platform designed and built by Thales Alenia Space and its payload is composed of a single instrument, the Microwave Imaging Radiometer using Aperture Synthesis (MIRAS), developed by EADS CASA Espacio.

MIRAS is an interferometer that connects together 69 receivers mounted on three deployable arms to measure the temperature of the reflection of the Earth's surface in the microwave frequency range. This temperature is linked to both the actual temperature of the surface and its conductive characteristics, which are in turn linked to soil moisture for land surface and to water salinity for sea surface.

"The data collected by SMOS will complement measurements already performed on the ground and at sea to monitor water exchanges on a global scale. Since these exchanges – most of which occur in remote areas – directly affect the weather, they are of paramount importance to meteorologists" said Volker Liebig, ESA’s Director of Earth Observation Programmes. "Moreover, salinity is one of the drivers for the Thermohaline Circulation, the large network of currents that steers heat exchanges within the oceans on a global scale, and its survey has long been awaited by climatologists who try to predict the long-term effects of today’s climate change," Liebig added, witnessing the launch from the Plesetsk Cosmodrome.

SMOS is the second satellite launched under the Earth Explorer programme conducted by ESA to foster the acquisition of new environmental data for the science community. It follows the Gravity and steady-state Ocean Circulation Explorer (GOCE), also launched on a Rockot, in March 2009. More Earth Explorers are already undergoing preparation. Cryosat-2, which will measure the thickness of the ice sheets, is due for launch in February 2010. It will be followed by ADM-Aeolus to study atmospheric dynamics and the Swarm mission to monitor the weakening of the Earth’s magnetic field, in 2011, as well as by the EarthCARE mission on clouds and aerosols in 2013.

With a launch mass of 135 kg, Proba-2 is a much smaller satellite, "but like its predecessor Proba-1, it is aimed at demonstrating a wide range of technologies, both for future satellite systems and for space science instruments. Among these is a demonstration model of a miniaturised startracker developed for ESA’s BepiColombo mission to Mercury and the future Solar Orbiter probe," said Michel Courtois, ESA’s Director of Technology and Quality Management, from Plesetsk.

Other technologies to be demonstrated include a digital sun sensor, miniaturised wide angle camera, fibre sensors, a high-precision magnetometer, a dual frequency GPS space receiver, a xenon-fed resistojet thruster, a cold gas generator and many more.

Two more Proba missions are already in the design and development phase. Proba-V will carry a vegetation multispectral sensor to monitor vegetation cover, and Proba-3 is due to demonstrate formation flying.