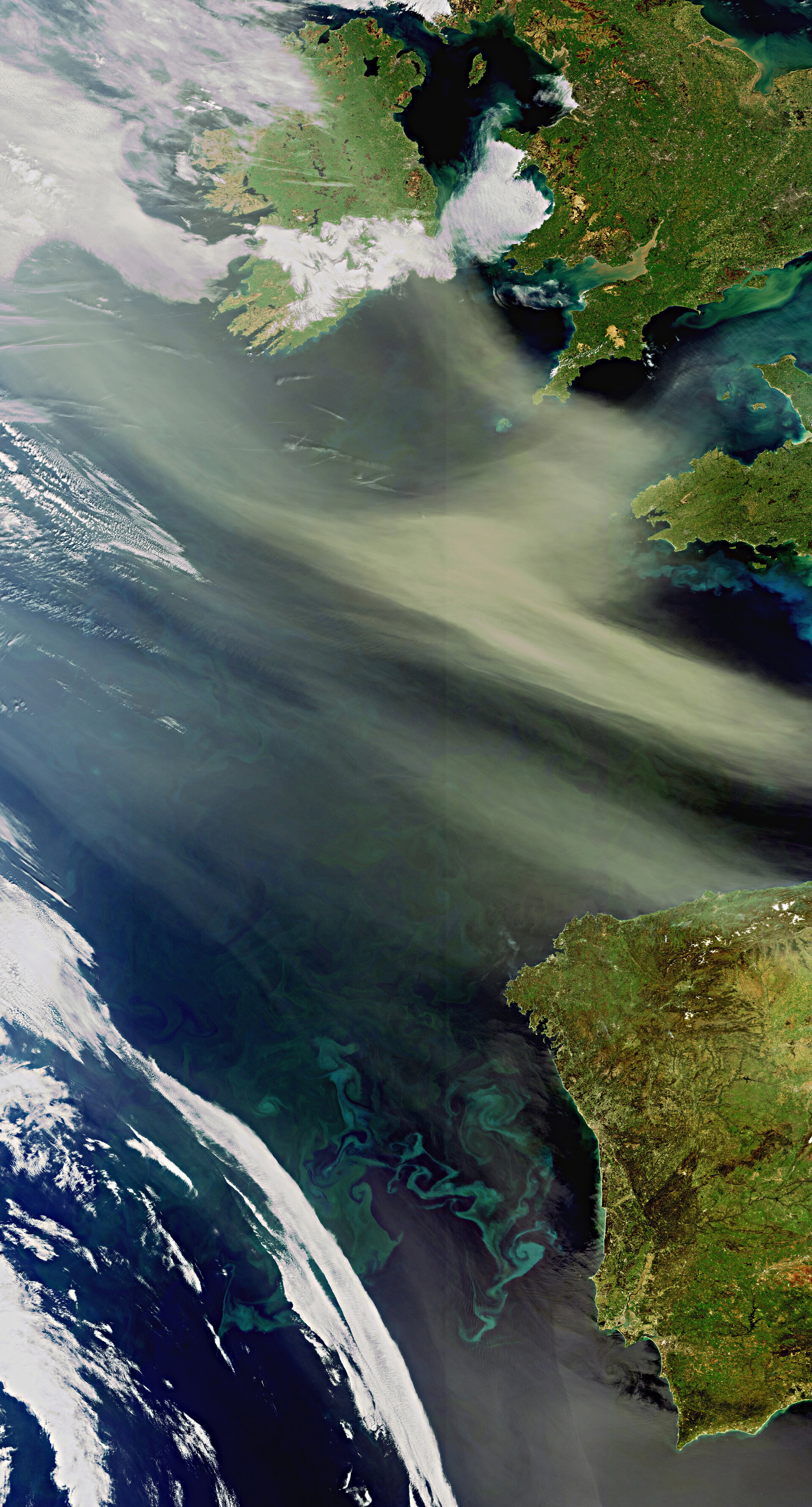 Dust from the Sahara Desert – the world’s largest desert, encompassing around 8.6 million sq km – can be transported over thousands of kilometres by atmospheric convection currents. These convection currents form when warm, lighter air rises and cold, heavier air sinks.

Sandstorms are very common over the Sahara, and large concentrations of the dust can be found in the tropical Atlantic and the Caribbean. The dust contains many nutrients, including nitrogen, phosphorus and iron, which act as a fertiliser and stimulate the production of massive plankton blooms.

In this image, plankton blooms are visible in the Atlantic as blue and green swirls. (The various shades of green and tan in the English Channel and around Wales are due to sediments being transported in the water.)

Plankton are microscopic marine plants that drift on or near the surface of the sea and are the basic food on which all other marine life depends. They contain chlorophyll pigments and are able to convert inorganic compounds, such as water, nitrogen and carbon, into complex organic materials.

With their ability to 'digest' these compounds, they remove as much carbon dioxide from the atmosphere as terrestrial plants. As a result, the oceans have a profound influence on climate. Since plankton influence the amount of carbon in the atmosphere, it is important to monitor and model them into calculations of future climate change.

Although some types of plankton are individually microscopic, the chlorophyll they use for photosynthesis collectively tints the colour of the surrounding ocean waters. This allows dedicated 'ocean colour' satellite sensors, such as Envisat's Medium Resolution Imaging Spectrometer (MERIS), to detect them from space.

MERIS acquired this image on 8 April at a resolution of 300 m.