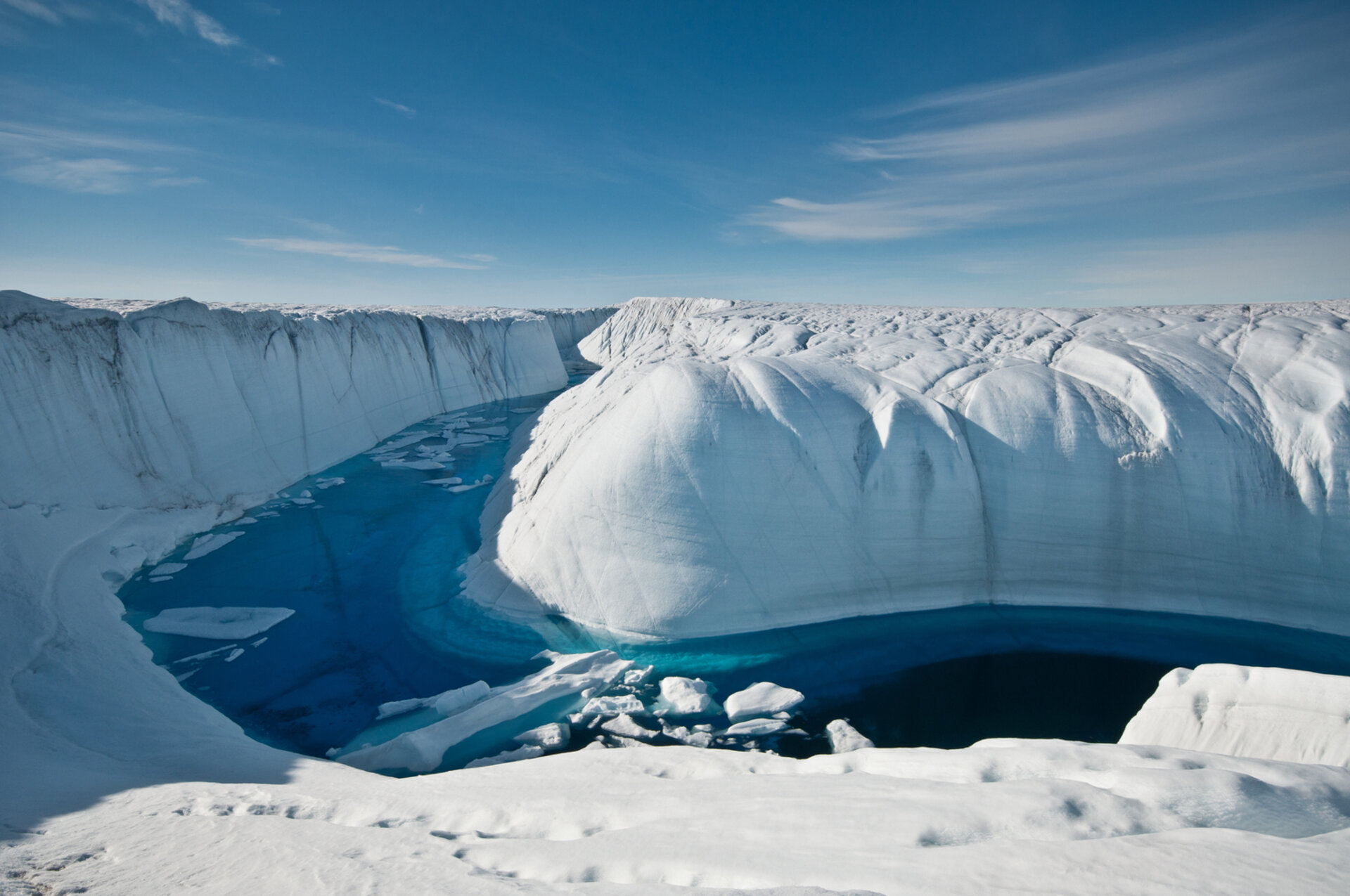 According to a new report, Greenland and Antarctica are losing ice six times faster than in the 1990s – currently on track with the Intergovernmental Panel on Climate Change’s worst-case climate warming scenario.

The findings, published in two separate papers in Nature, show that Greenland and Antarctica lost 6.4 trillion tonnes of ice between 1992 and 2017 – pushing global sea levels up by 17.8 millimetres.

Of the total sea level rise coming from melting polar ice sheets, around 60% (10.6 millimetres) was due to Greenland ice losses and 40% was due to Antarctica (7.2 millimetres). 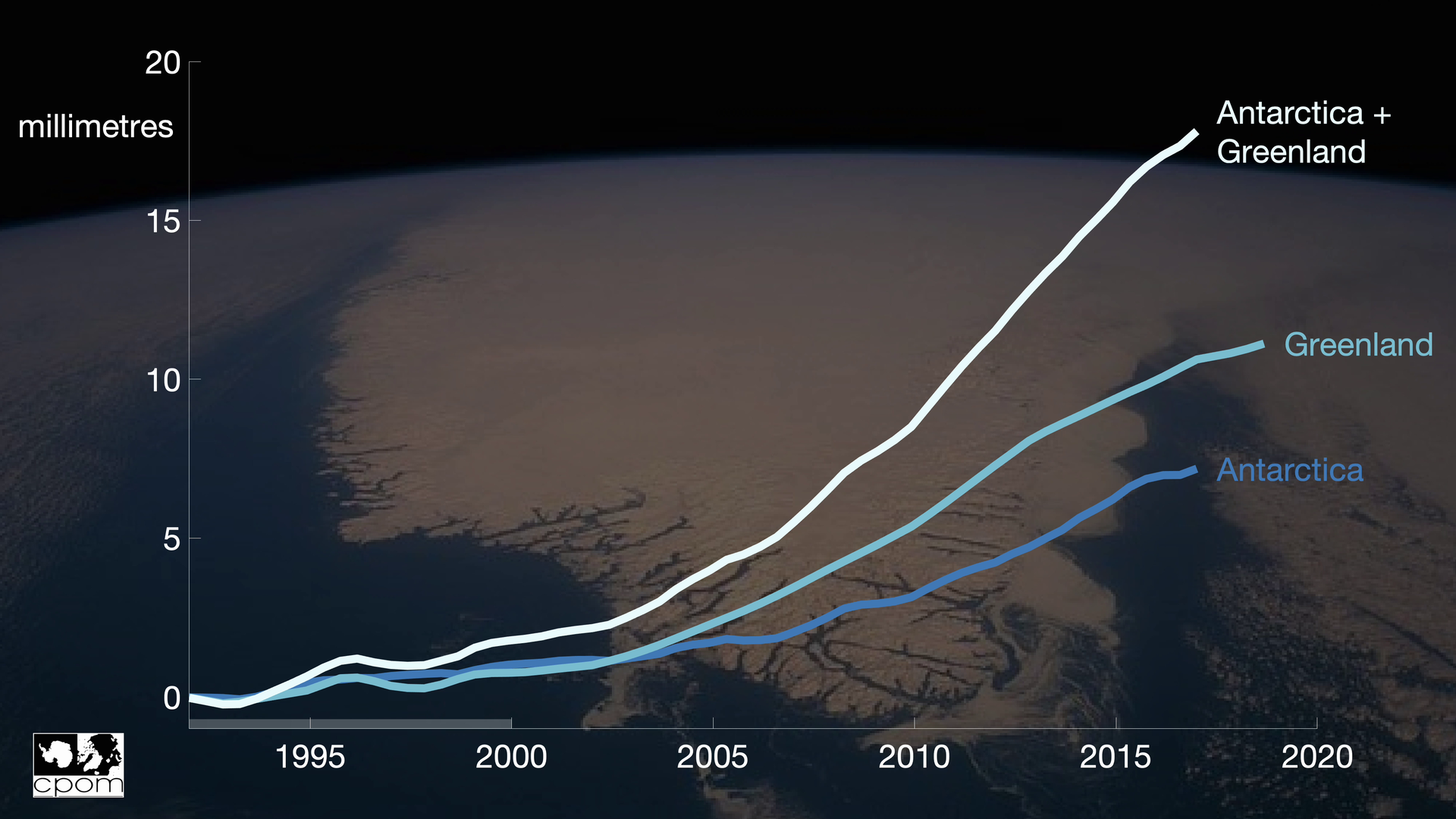 The new assessment comes from an international team of 89 polar scientists who have produced the most complete picture of ice loss to date.

The Ice Sheet Mass Balance Inter-comparison Exercise (IMBIE), led by Andrew Shepherd from the University of Leeds and Erik Ivins at NASA’s Jet Propulsion Laboratory, compared and combined data from 11 satellites – including ESA’s ERS-1, ERS-2, Envisat and CryoSat missions, as well as the EU’s Copernicus Sentinel-1 and Sentinel-2 missions – to monitor changes in the ice sheet’s volume, flow and gravity.

“If Antarctica and Greenland continue to track the worst-case climate warming scenario, they will cause an extra 17 centimetres of sea level rise by the end of the century. This would mean 400 million people are at risk at annual coastal flooding by 2100. These are not unlikely events with small impacts; they are already underway and will be devastating for coastal communities.”

“IMBIE is also a prime example of how the best science teams in Europe and the US have worked in an exemplary way together to address some burning questions of science.”

The Intergovernmental Panel on Climate Change (IPCC)’s latest report predicted that global sea levels will rise by 60 centimetres by 2100, and it is estimated that this would put 360 million people at risk of annual coastal flooding.

However, the IMBIE teams studies shows that ice losses from Antarctica and Greenland are rising faster than expected, tracking the IPCC’s worst-case climate warming scenario.

Guðfinna Aðalgeirsdóttir, Professor of Glaciology at the University of Iceland and lead author of the Intergovernmental Panel on Climate Change’s sixth assessment report, commented, “The IMBIE Team’s reconciled estimate of Greenland and Antarctic ice loss is timely for the IPCC. Their satellite observations show that both melting and ice discharge from Greenland have increased since observations started.

“The ice caps in Iceland had similar reduction in ice loss in the last two years of their record, but summer 2019 was very warm in this region which resulted in higher mass loss. I would expect a similar increase in Greenland mass loss for 2019. It is very important to keep monitoring the big ice sheets to know how much they raise sea level every year.”

Almost all of the ice lost from Antarctica – and half of that lost from Greenland – has been triggered by oceans melting their outlet glaciers, which causes them to speed up. The remainder of Greenland’s ice losses are due to rising air temperature, which has melted the ice sheet at its surface.

IMBIE is supported by ESA's EO Science for Society programme and ESA's Climate Change Initiative, which generates accurate and long-term satellite-derived datasets for 21 Essential Climate Variables to characterise the evolution of the Earth system.