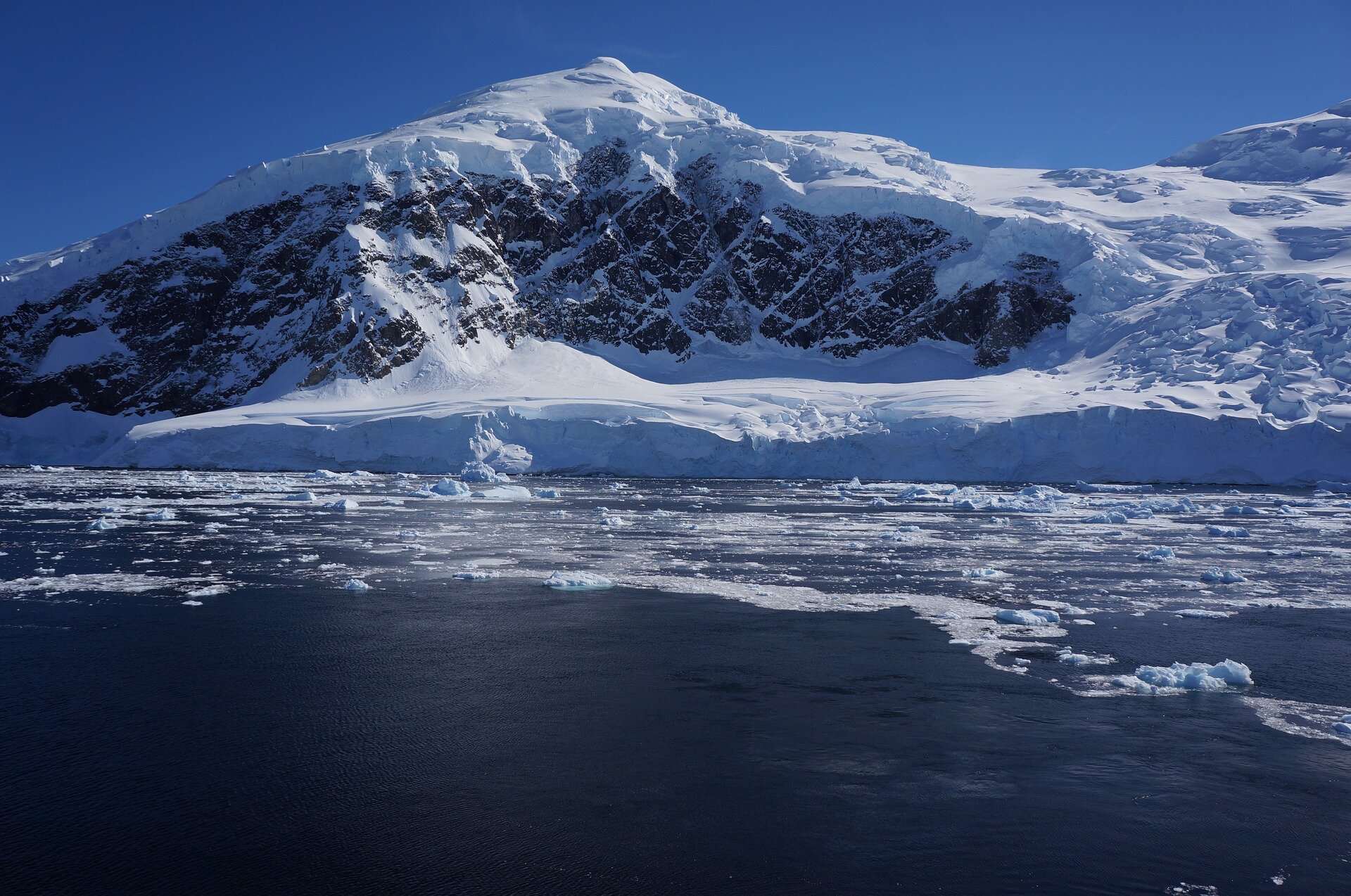 Satellite imagery has revealed that two of the fastest-changing glaciers in Antarctica are fracturing and weakening faster than ever – the first step towards the glaciers disintegrating and causing sea levels to rise dramatically.

Using observations from ESA, NASA and USGS satellites, the researchers explored the Pine Island and Thwaites Glaciers in the Amundsen Sea Embayment: two of the most dynamic glaciers on the Antarctic continent, and those responsible for a substantial 5% of global sea level rise.

Together, the two glaciers form an area of flowing ice the size of Norway, and hold enough water to raise global sea levels by over a metre. Both have distinctly changed in morphology in recent decades along with changing atmospheric and oceanic conditions, with the warming oceans causing ice shelves to melt, thin, and retreat.

Predicting how these vital glaciers will evolve in coming years is critical to understand the future of our seas and our warming planet – but such predictions have remained uncertain, with computer models unable to fully account for the glaciers’ processes and properties in their projections. 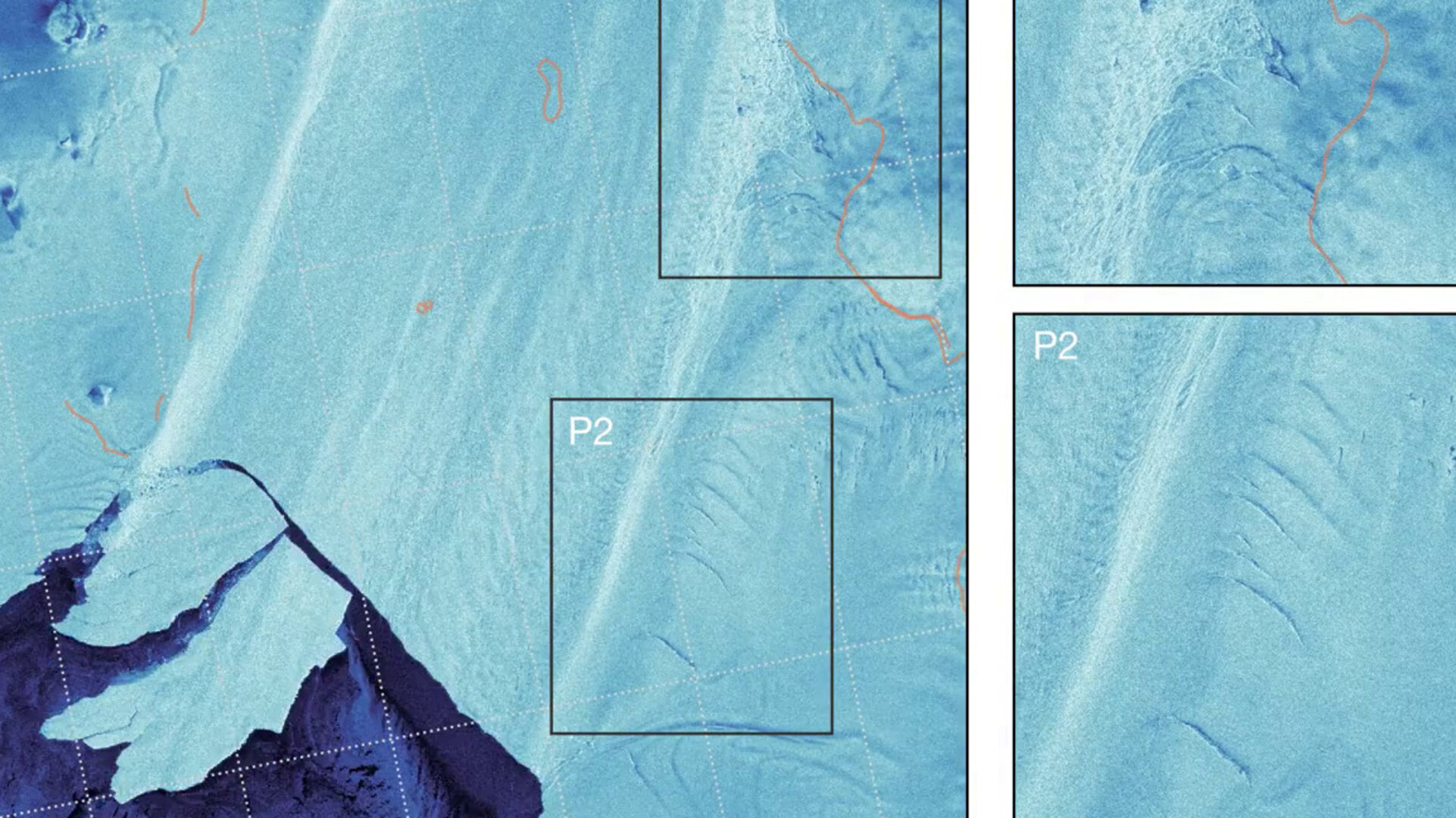 "To reveal what’s really going on at Pine Island and Thwaites, we dug into imaging data from a number of different satellites," says Stef Lhermitte of Delft University of Technology in the Netherlands, and lead author of the new study.

"We found structural damage at the ‘shear margins’ of the glaciers’ ice shelves, where the ice transitions from fast- to slow-moving: large crevasses, rifts and open fractures that indicate that the ice shelves are slowly tearing apart. Currently, the ice shelves are a little like a slow car in traffic: they force anything behind them to slow down. Once they’re removed, ice sitting further inland will be able to speed up, which in turn will cause sea levels to rise even faster."

Such crevasses were not seen in imagery from 1997, and damage appeared far less prevalent in imagery from 2016, demonstrating that the deterioration accelerated over the past two decades and has grown significantly worse in the last few years.

Lhermitte and colleagues tracked how the damaged areas had developed from 1997–2019, how the glacier and ice shelf elevation had changed over this time, and the velocity of moving ice using data from ESA’s Earth Explorer CryoSat mission, the Copernicus Sentinel-1 mission, the NASA/USGS Landsat program, and the Japanese ASTER instrument aboard NASA’s Terra satellite. They then modelled the potential impact of the damaged shear margins, with worrying results.

"This fracturing appears to kick off a feedback process – it preconditions the ice shelves to disintegrate,” explains co-author Thomas Nagler of ENVEO in Innsbruck, Austria. “As the glaciers fracture at their weak points this damage speeds up, spreads, and weakens more of the ice shelves, causing further deterioration – and making it more likely that the shelves will start crumbling apart even faster."

As the ice shelves become increasingly damaged, the glaciers lose mass and their ‘grounding lines’ – the region where ice sheets become buoyant enough to detach from the seafloor and float – retreat. Overall, damage feedback processes appear to be a key factor in the future stability of Antarctica’s ice shelves, and, in turn, in how fast the continent’s glaciers melt and cause global sea levels to rise.

"The results from this study highlight a pressing need to include such feedback processes in model projections of ice shelf retreat, ice sheet mass loss, and sea level change,” adds Mark Drinkwater, ESA’s Mission Scientist for CryoSat, and Senior Advisor on polar and cryosphere science.

"We know that a significant amount of glacial ice in West Antarctica is currently being affected by climate change – in fact, a recent study found 24% of this ice to be rapidly thinning and unstable. These new results underline just how quickly this damage is occurring, and reveal that Pine Island and Thwaites Glaciers are more vulnerable than ever before."

ESA research into Antarctic glaciers is continuing as part of the ESA POLAR+ Ice Shelves project, which kicked off in September 2020. With the collaboration of ENVEO and under the lead of Anna Hogg (University of Leeds, UK), the project's international team will further improve methods for monitoring the fracturing and damage of ice shelves. The project will generate a suite of Earth Observation datasets with which to characterise how ice shelves in Antarctica have changed over the last decade, and investigate the physical processes driving this evolution.