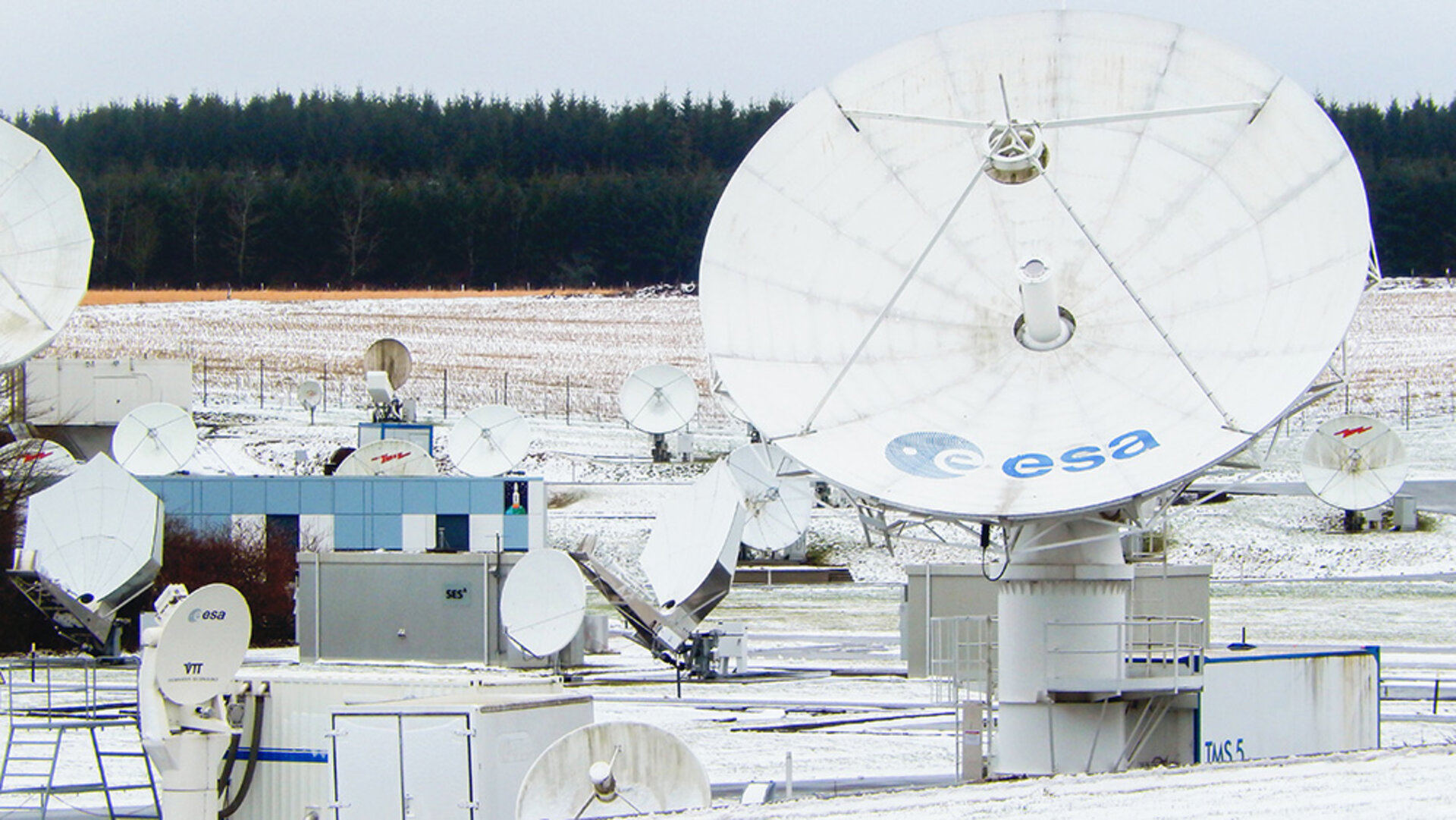 Laser links are not the only way EDRS helps to solve the downlink delay for satellite data.

The main issue facing users of Earth-orbiting satellites is that, for the majority of their orbit, they are not in reach of their ground stations. They must store the data they are collecting until close enough to transmit. At an average of 10 minutes per 100 minute orbit, this translates to quite a delay – especially when it comes to time-critical data.

Companies and institutions would have to build an expensive network of ground stations to boost this downlink time so the satellite can transmit at several points during its orbit. Even then, it can take three to four stations just to stretch the transmission window to 15 minutes. This also includes routing though foreign ground stations, which can present security issues and always adds unwanted complexity to getting the data from A to B.

The European Data Relay System is not only satellites in the sky. EDRS is the complete package: a space segment that covers Europe and provides quasi-continuous contact on a global scale as well as the ground segment to support this coverage.

With ground stations and control centres all over Western Europe, EDRS increases the time a satellite can be in contact with its ground station by four.

Combined with unprecedented 1.8 Gbit/s data transfer capabilities, the increased contact time offered by the SpaceDataHighway will result in at least 50 Tb of information (equivalent to 46 billion pages of text) being transmitted every day to Earth from 2016 onwards.