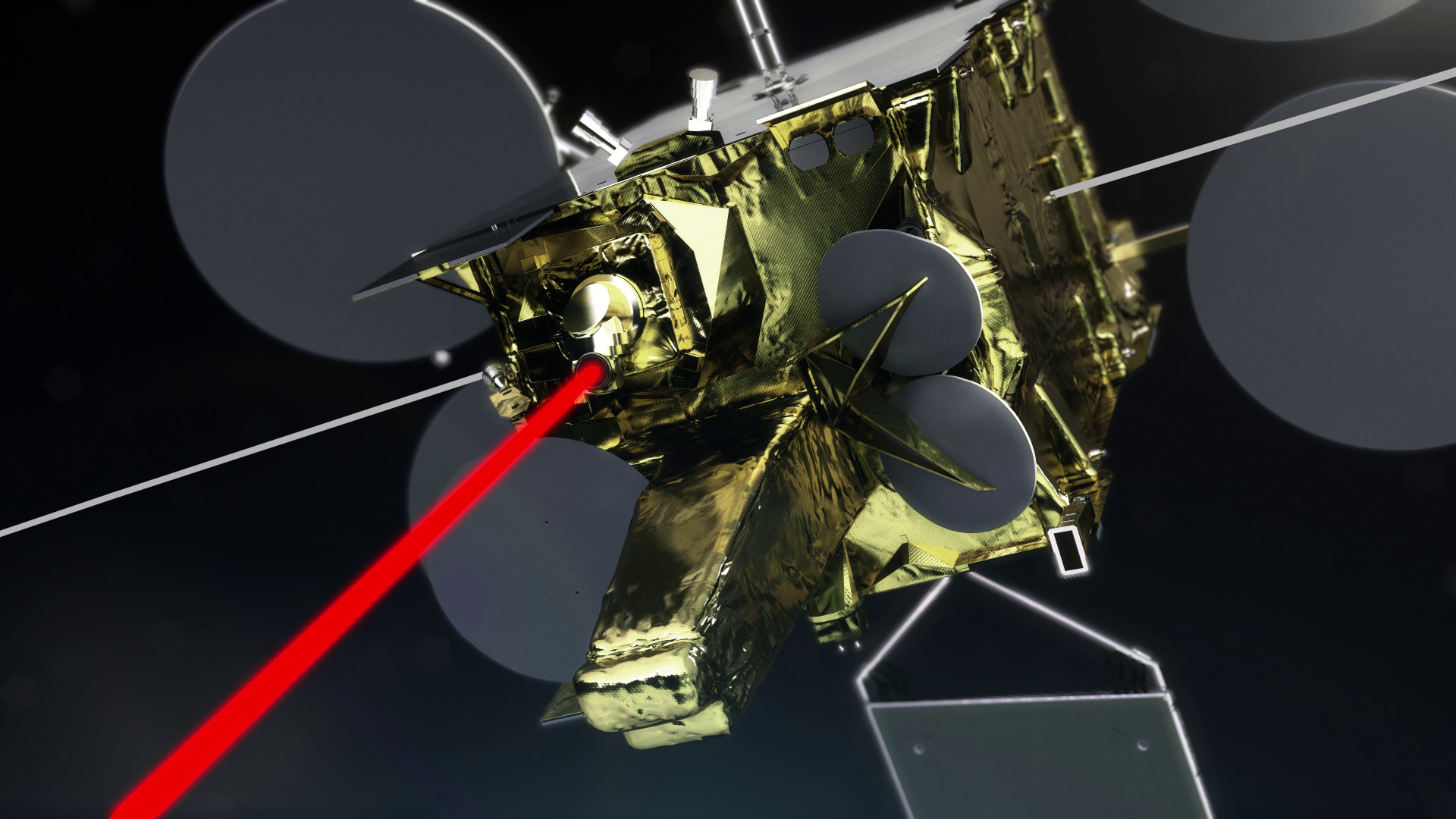 EDRS consists of two geostationary nodes and an extensive network of European ground and control centres that together ensure Europe receives uninterrupted coverage from satellites orbiting around the globe.

The first half of the EDRS space segment is a hosted package on a Eutelsat telecom satellite (EDRS-A) and the second is a dedicated satellite using the SmallGEO platform (EDRS-C).

Both nodes are fitted with identical second-generation laser terminals. These are capable of exchanging data with lower, Earth-orbiting satellites equipped with the same terminals. These data are then relayed to the ground via the nodes’ radio-frequency transmitters.

From orbit to EDRS

The optical payloads on both nodes are second-generation laser communication terminals built by TESAT-Spacecom (DE). The LCT’s role is to lock on to its counterpart in lower orbit and exchange via laser the data the Earth observer has been gathering. It is a two-way link, capable of both receiving and transmitting information.

These LCTs can transmit user data at a speed of up to 1.8 Gbit/s between lower orbits and geostationary orbit. Put into perspective, this involves the ERDS terminal locking on to a moving target up to 45 000 km away and downloading the equivalent of 2.7 million pages of text every minute.

Sending the data to Earth

EDRS-A includes a second element: the Ka-band intersatellite link terminal. It is a high-speed radio-frequency terminal transmitting in the Ka-band, and is also built by TESAT.

The ISL terminal sends the data collected from the orbiting satellites by EDRS back down to Earth, at a rate of up to 300 Mbit/s. This is a vast improvement on current user rates, and means that the information captured in orbit reaches the ground in near-real time.

Straight to the user

The EDRS ground segment is extensive and wholly European.

EDRS has ground stations across Western Europe, with its payload and spacecraft control centres in Oberpfaffenhofen (DE), managed by the DLR German Space Center. The receiving data and feeder link ground stations are in Redu, Harwell (GB), Weilheim (DE) and Matera (IT), and they pass on the information to the satellite owners.

The entire process only takes a few minutes, with the data travelling at unprecedented rates from space to the user.