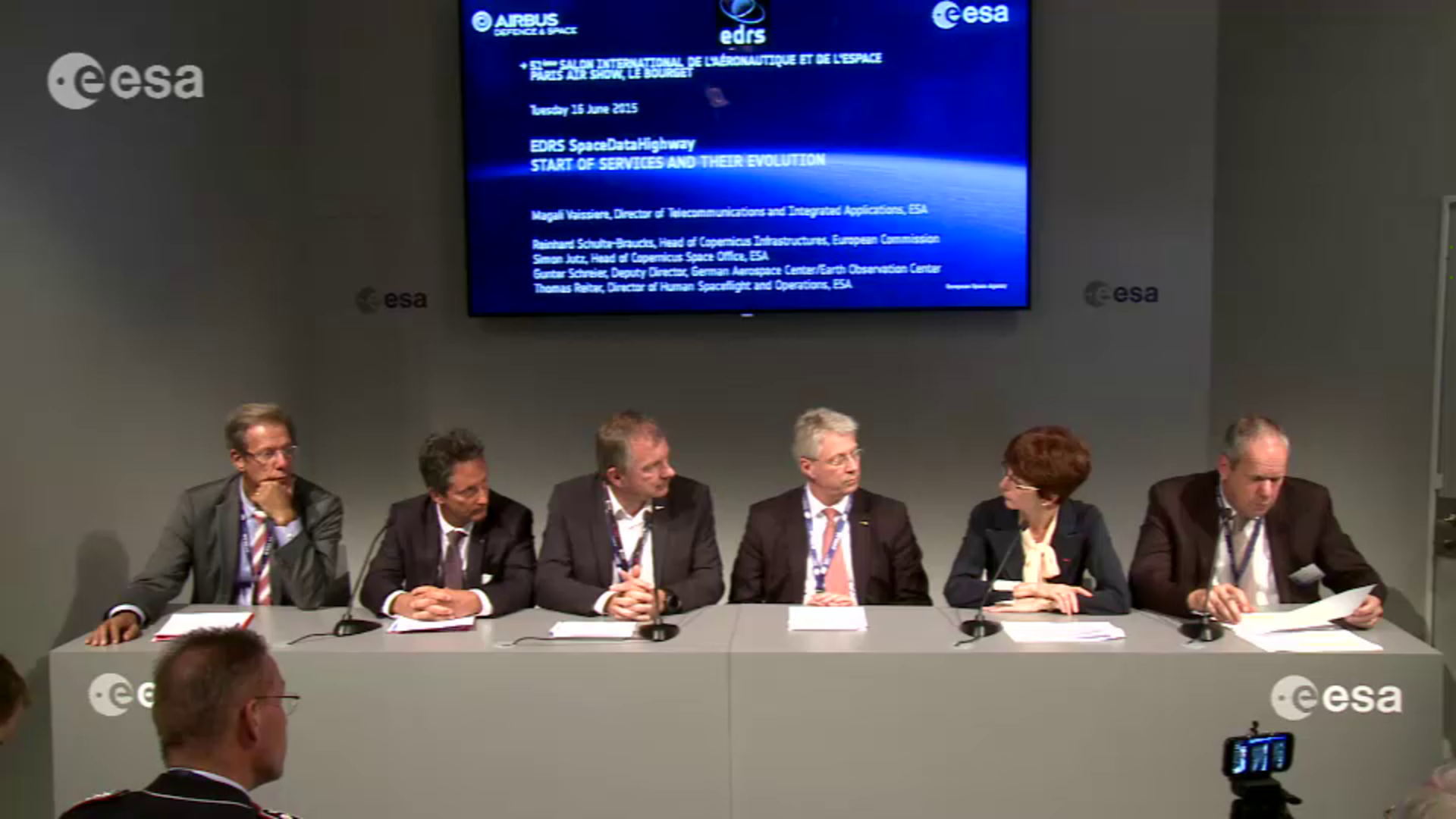 The European Data Relay System (EDRS) is the most sophisticated broadband laser communication network ever to be deployed in space.

Its first geostationary node – EDRS-A, hosted on commercial telecom satellite Eutelsat-9B – is planned to be launched this year. The EDRS system is a public–private partnership (PPP) between ESA and Airbus Defence & Space.

EDRS is set to revolutionise data relay through its advanced laser terminals. As a fully commercial service serving the European Commission’s Copernicus as its first customer, EDRS will relay at least 50 TBytes every day at up to 1.8 Gbit/s of satellite user data.

It is the first inter-orbit network to use laser links at these speeds. ESA, the European Commission and industry have all joined forces in a project that solidifies Europe’s position worldwide.

EDRS will offer a wide range of commercial services through data relay, such as disaster monitoring, emergency operations, coastal and maritime surveillance.

The Paris Air Show at Le Bourget presents us with a unique opportunity to exchange views with all the project’s key players and users. What services can we expect? What business opportunities?

The EDRS roundtable will take place on 16 July at the ESA Pavilion, where European Commission  top executives, industry and international and user organisations concerned will discuss the planned start of services to Copernicus, prospects for future services and the GlobeNet system evolution that is currently being prepared as an extension to the EDRS programme.

The first half of the roundtable on EDRS services will be moderated by ESA Director of Telecommunications and Integrated Applications Magali Vaissiere.

The second half will be on the future services and evolution of the system, and will be moderated by Evert Dudok, Airbus Defence & Space, Head of Communication, Intelligence and Security. 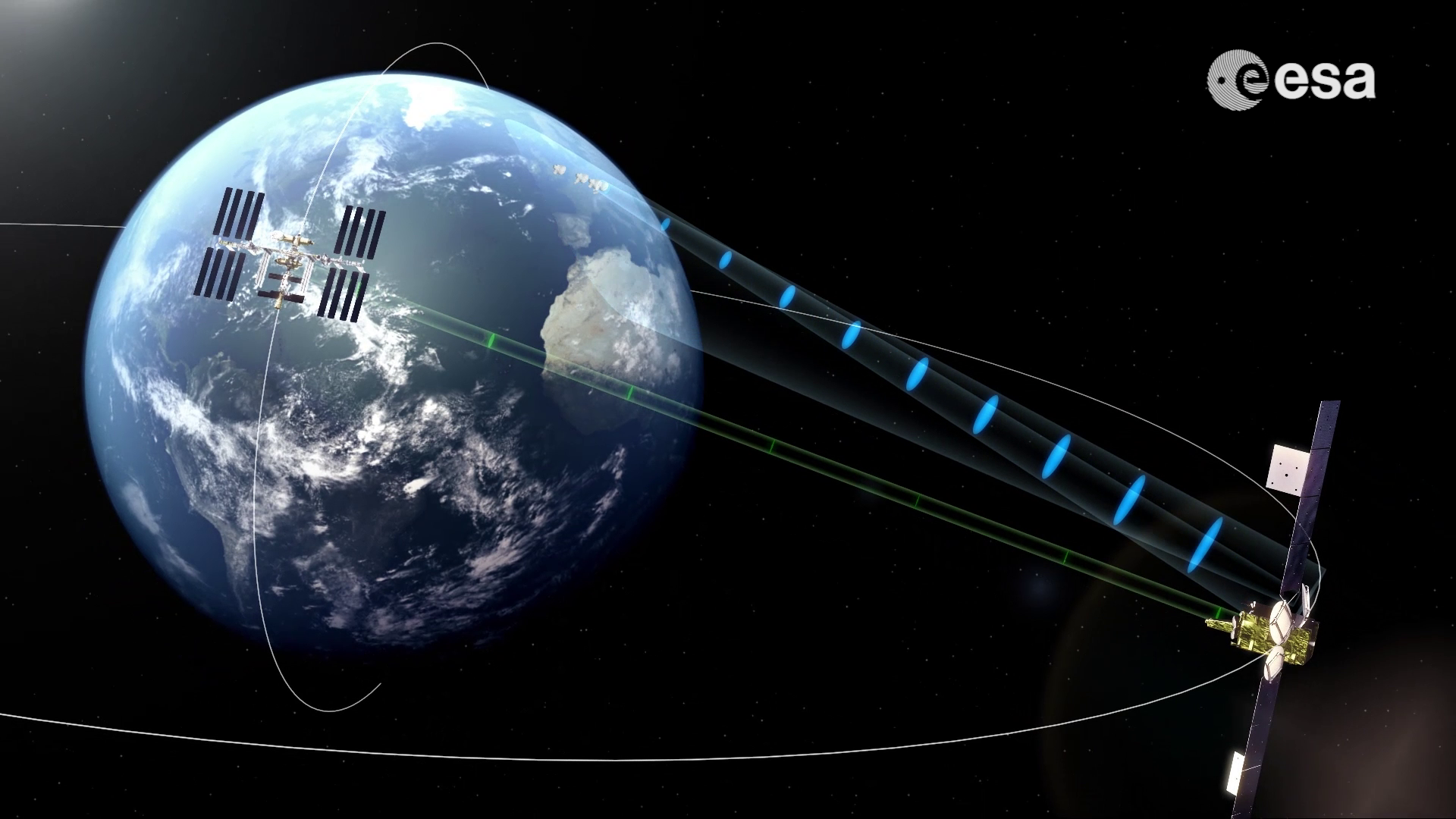