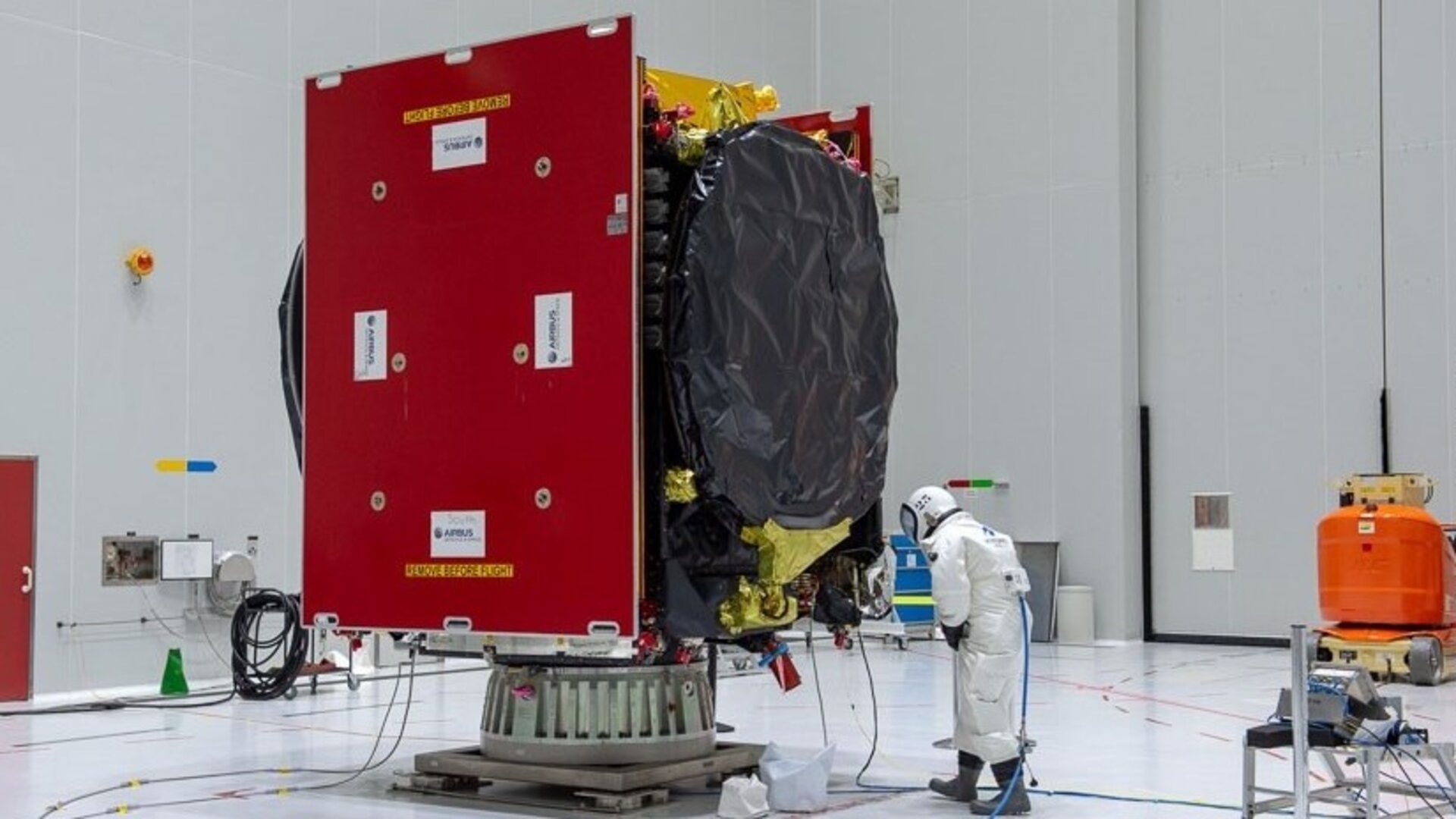 The second satellite to join the constellation that forms the European Data Relay System (EDRS) has finished fuelling and is days away from launch.

It enables people to observe the Earth almost live, accelerating responses to emergency situations and spurring the development of new services and products, thereby creating jobs and prosperity.

The second satellite – called EDRS-C – has now been fuelled with a propellant and an oxidiser.

These will be ignited after the satellite has left its Ariane 5 launcher in the low-Earth orbit phase of the launch and will enable it to climb to its final, geostationary position some 36 000 kilometres above the Earth.

The leftover fuel will be used to maintain the satellite in its correct position during its expected 15-year lifetime.

EDRS is a new, independent European satellite system, and is a public–private partnership between ESA and Airbus as part of ESA’s efforts to federate industry around large-scale programmes, stimulating technology developments and achieving economic benefits.

“Now that the satellite is fuelled, we are a step closer to placing it onto the Ariane 5 launcher and finalising it for launch,” says Michael Witting, EDRS project manager at the European Space Agency.