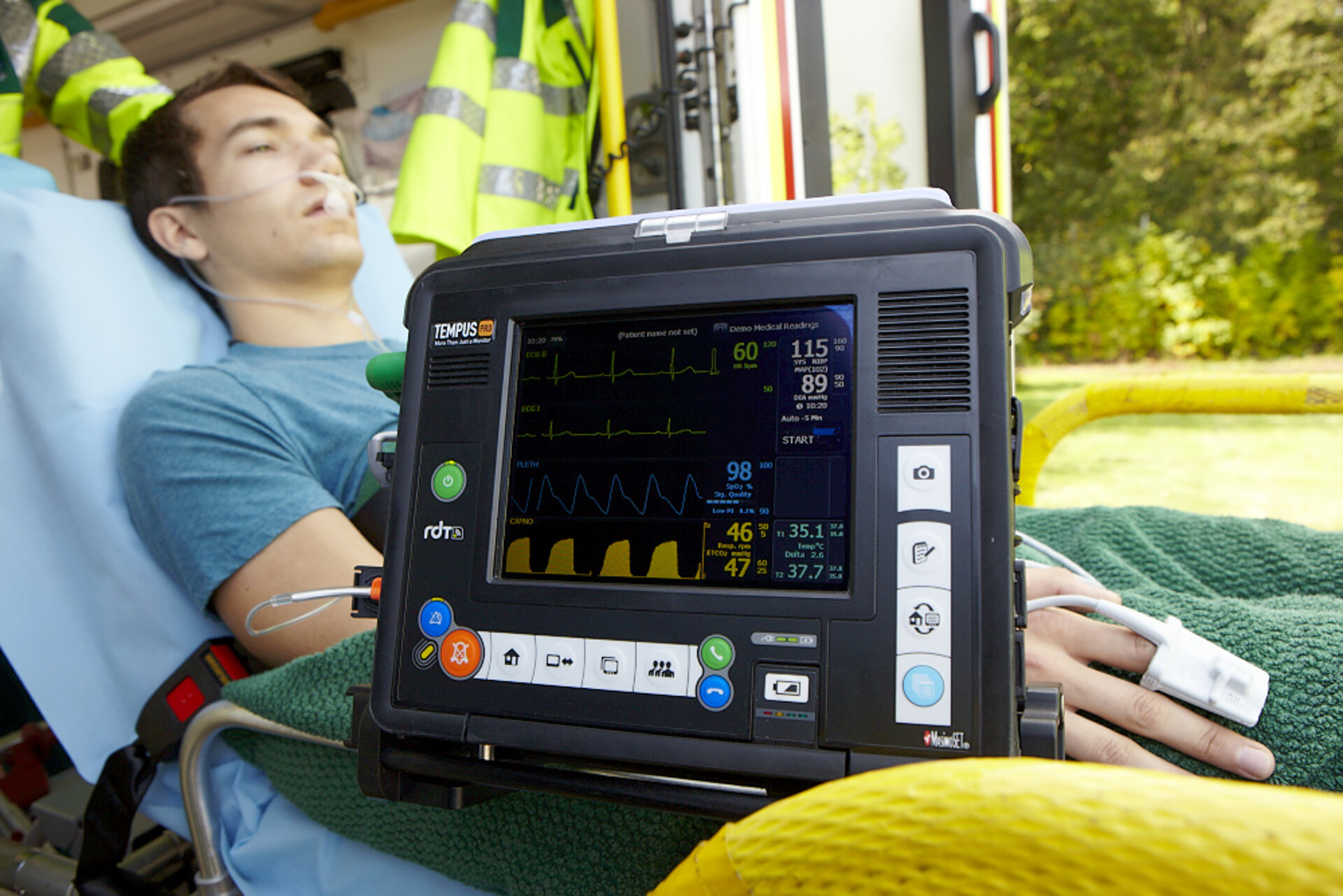 A robust portable device for monitoring vital signs and providing communications for medics developed with the support of ESA offers a lifeline even in the remotest areas on Earth via satcoms.

The Tempus Pro combines the diagnostic facilities found in standard hospital vital signs monitors with extensive two-way communications, packaged in a compact, robust, highly portable unit that can be tailored to user needs.

The unit has been developed by Remote Diagnostic Technologies (RDT) in the UK, with funding from ESA’s Advanced Research in Telecommunications Systems programme.

It has GSM (3G), GPS, wi-fi, bluetooth and ethernet connectivity, and can use available VSAT facilities to exchange voice, video, medical data and GPS positioning.

Teaming up with International SOS, a leading company for medical and travel security services, meant that RDT could prove the device works in real-life situations, under rugged conditions, over a six-week period in Algeria and Nigeria.

International SOS provides medical and security services for businesses and large organisations through an extensive network of offices across 35 countries, staffed with clinical personnel. They provide direct medical care, supported by a network of assistance centres staffed by doctors, nurses and specialist call handlers.

“Initially, participants were slightly sceptical of the idea of telemedicine,” observed Dr Arnaud Derossi of International SoS. “However, they were quickly won over by the Tempus Pro. By the end of the six-week period, they were extremely positive about the possibilities it offers.

“The key to the unit’s success is that it is a fully functional, hospital-grade vital signs monitor. On top of that, it offers very useful communications facilities.”

International SoS is active typically in locations served by poor roads with security challenges, and medical evacuations by air can be costly and problematic to arrange.

“Often it is simply a matter of a medical practitioner in the field wanting to get a second opinion from a colleague. At times, a remote consult can even save an unnecessary medical evacuation,” added Derossi.

The RDT team has observed that it takes less than an hour for an experienced medical professional to learn the basic functions.

For non-medical users, RDT offers a less advanced model, the Tempus IC, which was developed during an earlier ARTES project that ran from 2006 to 2008. “The Tempus IC has been a very successful product,” says RDT’s project manager, Mark Williams. “We’ve sold more than a thousand units.”

The Tempus IC is typically bought by airlines and cruise ships, where it can be used in medical emergencies by non-medical staff. According to Williams, there is great interest in the new unit, which is designed expressly for medical professionals, both in the civilian and in the military world.

“What made the Amazon project remarkable,” says ESA’s Technical Officer, Arnaud Runge, “was that it didn’t concern just the development of a prototype – the Tempus Pro is a fully-certified medical device which has been validated with an end-to-end operational service.

“ESA is highly active in health and life sciences, supporting some such 160 projects during the past 10 years, easily half of which have been telemedicine applications.”