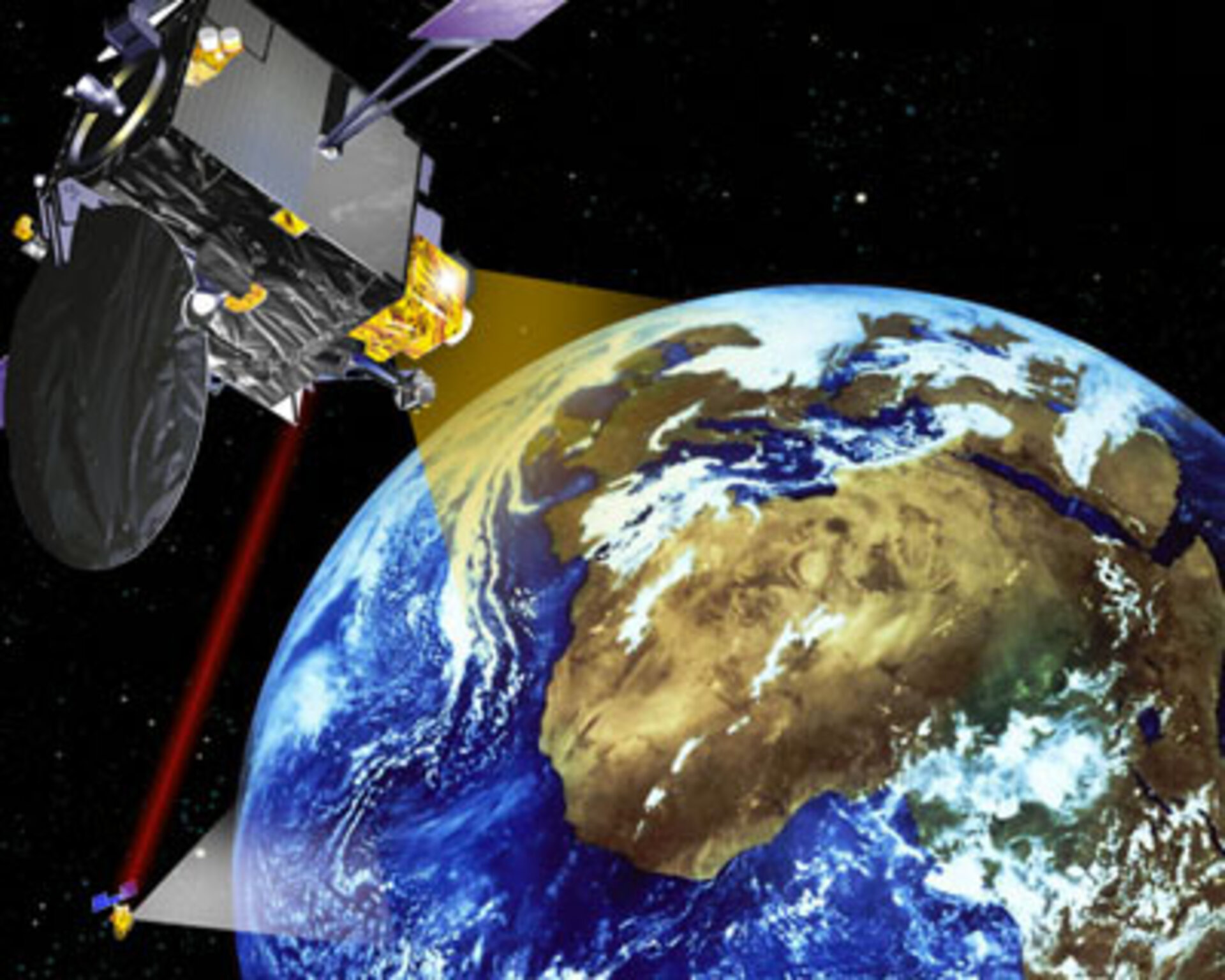 The experimental ion propulsion system designed to test a new form of technology for station-keeping on future satellites is performing well in its new role to get ESA's Artemis to geostationary orbit and save the day.

The Artemis (Advanced Relay and TEchnology MISsion) communications satellite, built by Alenia Spazio as prime contractor, was launched by Ariane 5 last summer. After launch the spacecraft was left in a far lower than intended orbit, with insufficient conventional propellant even to raise it to its nominal orbit. Adapting the use of the ion propulsion system combined with unconventional operation of the chemical-based thrusters, offered a daring solution.

Following more than six months of intense preparation and testing, the challenge of having to implement new in-flight software and control strategies using electric propulsion for the orbit raising is finally paying off.

Since the start of the orbit raising operations on 19 February 2002, the spacecraft controllers have had to respond to all kinds of unforeseen situations, since the new strategy could only really be put to the test in-flight on the spacecraft itself. Unlike traditional pre-flight acceptance testing, no testbed is available to replicate the current scenario exactly.

Since the ion propulsion system was conceived as an experimental unit only, and intended for an entirely different function, the new orbit-raising strategy has of course required fine tuning of the engines as well as of its alignment mechanism operations.

The combined team from ESA and Industry has risen to the challenge and ion propulsion is indeed proving itself, keeping Artemis ‘alive’ and able to serve users for as near to the originally planned lifetime as possible.

To date, the first milestone of 1000 km increase in orbit altitude has been passed. Artemis is continuing to approach geostationary altitude at a rate of almost 20 km per day. If all goes according to plan, Artemis will reach geostationary orbit before the end of this year.