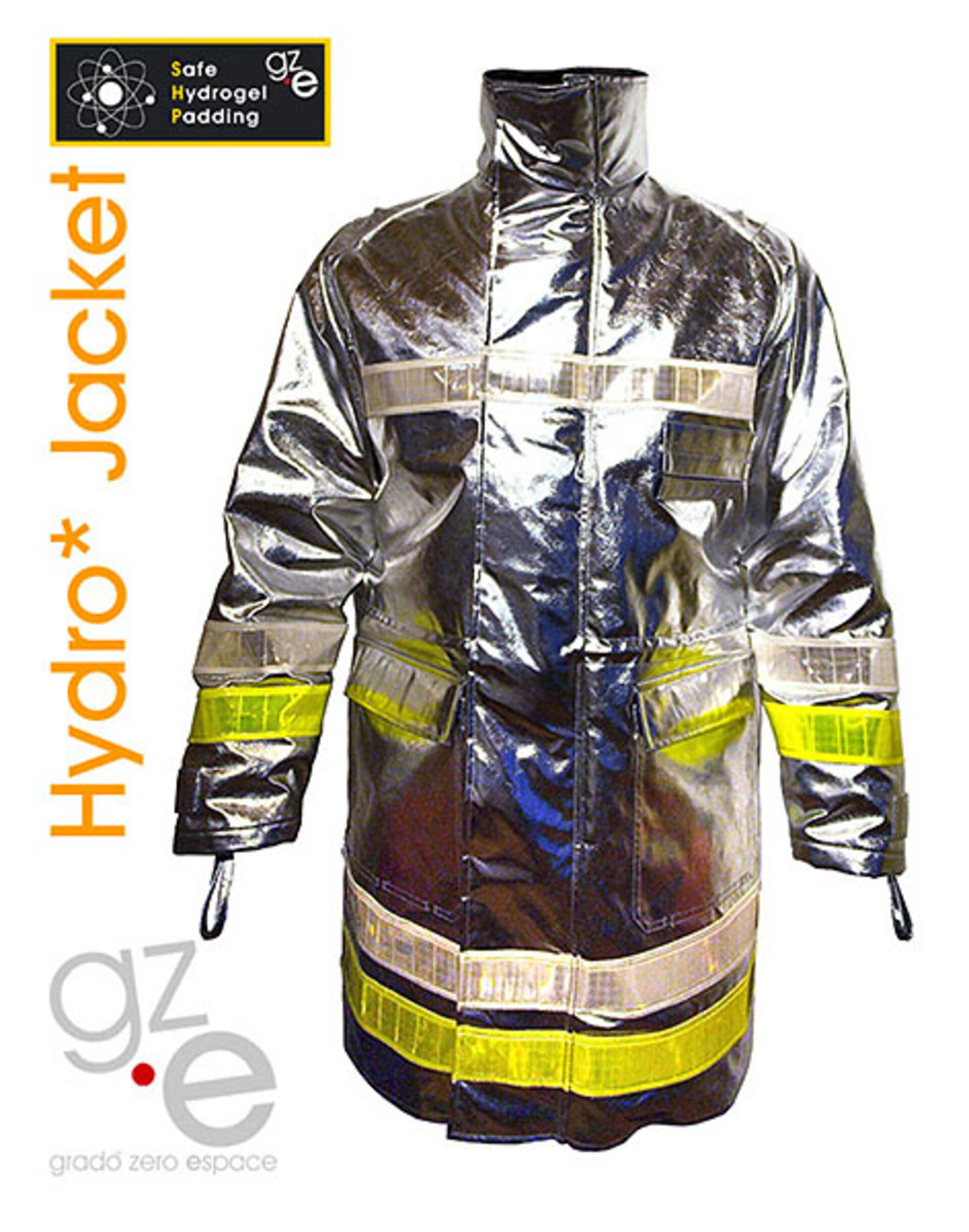 Two innovative solutions for human protection are on demo next week at this year’s Le Bourget: a special suit to protect firemen against life-threatening heat and a super-insulating jacket for people in extreme cold environments. Both have been created using advanced space technologies and will be demonstrated at ESA’s pavilion at the Le Bourget 2007 airshow, 18-24 June.

The technology used in space suits to protect astronauts carrying out space walks in direct sunlight has been used to develop the protective Hydro*jacket to safeguard firefighters and steel workers who often work in extremely hot and dangerous conditions.

Aerogel is the most effective insulating material in the world, and was used to insulate probes sent to Mars. Later it has lined jackets commissioned for several Antarctic expeditions, and it is now the prime insulator in the Absolut Zero jacket protecting people in extreme cold environments

"Producing protective suits based upon advanced technologies and concepts already developed and used in space are good examples of how our investments in space research and development can provide innovative and advantageous solutions for people on Earth," says Frank M. Salzgeber, Head of ESA’s Technology Transfer Programme Office (TTPO).

Technology used in space suits to protect astronauts carrying out space walks in direct sunlight has been used to develop the protective Hydro*jacket to safeguard firefighters and steel workers working in extremely hot and dangerous conditions. Developed with support from ESA's Technology Transfer Programme, and the European Commission under its CRAFT initiative to reach a pre-competitive stage of development, the jacket incorporates the functionality of the advanced moister barrier called Safe Hydrogel Padding that consists of a three-layer structure, each with a specific role.

Nearly 97% of radiated heat is reflected by the external layer consisting of a high-reflective pure aluminium foil attached to a fire-retardant coating which expands by heat up to 100 times its dry coating thickness, to block the heat transfer. The second layer works as a heat dissipater and thermal barrier. Its polymer coating will absorb and bind the excess moisture migrating through the fire retardant coating of the external layer, to maintain the temperature below the threshold. If the temperature increases the coating will reproduce the human natural sweating process through evaporation.

The inner layer consists of a flameproof textile structure which creates an active channel to transport moisture away from the skin, to avoid a wet feeling. This 3-level structure mimics the physical mechanisms for human body thermo-regulation.

In Europe alone, the inability to shed excess heat and moisture through clothing results each year in over 1500 heat strokes. These can be fatal unless medical help is at hand. Even more common, but less serious, are cases of heat stress. This affects an estimated 50 000 workers each year and increases the risk of injury at work due to loss of concentration. Even at a temperature of 21º C workers wearing impermeable protective clothing can suffer heat stress when carrying out hard physical work.

In space, the special material Aerogel was used to insulate instruments and probes sent to Mars. It is a class of open-celled mesoporous solid materials possessing no less than 50% porosity by volume. It is composed of 99.8% air and is the best insulator in the world.

Aerogel has been used in specially produced jackets for Antarctic expeditions, where people have to work and survive in one of the world’s driest, coldest and most windswept places with a barely credible low temperature record of 89.7°C below zero.

Now Aerogel is used as the prime insulator in the Absolute Zero jacket. In addition to protecting against extreme cold, it also resists up to 650°C continuous heat.

Space technology for use on Earth

Visitors to the Le Bourget 2007 air show will be able to learn more about the uses of space technology on Earth and discuss with TTPO team members how space technology can be made available through TTPO and its network of technology brokers in Europe and Canada. There will also be an opportunity to speak about ESA’s Business Incubation Initiative.

This initiative will create new business opportunities and jobs for non-space companies and broaden the market for the space industry. The TTPO coordinates Business Incubation centres at the European Space Research and Technology Centre (ESA/ESTEC), the Netherlands, the European Space Operations Centre (ESA/ESOC), Germany and the European Centre for Earth Observation (ESA/ESRIN), Italy. The ESA Business Incubator is also linked to a network of business incubators within Europe.

"Our experience shows that the use of innovative technologies produced for European space programmes can improve our day-to-day life on Earth," says Frank M. Salzgeber. "Since 1991 when the programme started, more than 160 transfers of space technology to non-space industries have resulted in novel solutions to problems on Earth.”

The virtual market place 'www.technology-forum.com', run by MST Aerospace on behalf of ESA, is available to industry to facilitate the process of technology exchange. Here, advanced technologies ready and available can be presented, requests for specific technological solutions posted and solutions offered.

The main mission of the ESA TTPO is to facilitate the use of space technology and space systems for non-space applications and to further demonstrate the benefit of the European space programme to European citizens. The TTPO is responsible for defining the overall approach and strategy for the transfer of space technologies and systems including the incubation of start up companies.