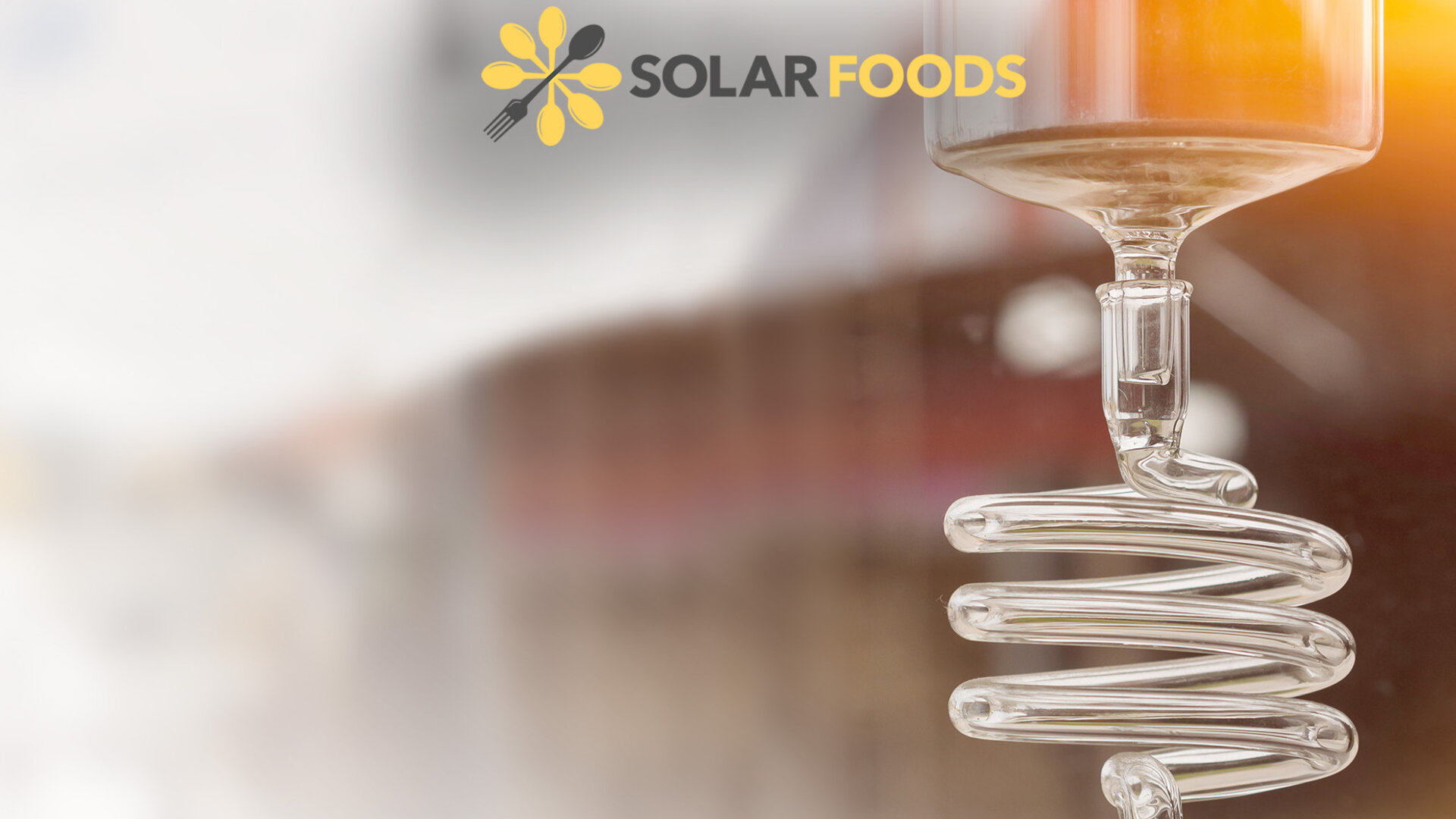 ESA BIC Finland start-up Solar Foods will revolutionize food production with a method that is not dependent on agriculture, the weather, or the climate, producing protein out of air and electricity. Prime target is for sustainable food generation on Earth, but could also be used for Mars missions. Visit ESA stand at SLUSH to meet Solar Foods.

The method is able to produce sustainable and pure single-cell protein from CO2 using electricity, requiring only carbon dioxide, water and electricity, combined with a small amount of trace elements.

Next, the goal for Solar Foods is to develop a concept for producing proteins for space flights to Mars.

The bioreactor production tank is a small, lightweight device that makes a process for producing food in space possible.

The journey to Mars takes several months, and success requires the ability to produce food during both outbound and inbound flights, as well as on the planet itself.

Solar Foods` CEO Pasi Vainikka explains, “The method of Solar Foods for producing protein arose from a desire to produce food in a more environmentally-friendly way, without using land.”

“The concept is not dependent on agriculture, weather or climate; instead, it makes possible efficient and low-cost food production with solar energy anywhere, whether in a desert or in space.”

The start-up company Solar Foods has teamed up with ESA Business Incubation Centre (ESA BIC) Finland to develop a concept for food production in space conditions and for missions to Mars. The Solar Foods business is not only for astronauts or going to Mars, but the same methodology will be used on Earth.

“The conditions in Mars colonies are very different from those on Earth, but they have sunshine, and there are huge amounts of carbon dioxide in the planet’s atmosphere,” says Kimmo Isbjörnssund, Manager at ESA Business Incubation Centre Finland.

“The pioneering technology of Solar Foods enables a new way of producing food even in closed spaces. We assume that ingredients available at the Mars base can be used with the new technology.”

Solar Foods aims to start commercial protein production on Earth in 2021. In the testing phase, the technology has met expectations, and small amounts of protein have been produced from air with the help of electricity.

“We are starting test production in Finland this year, and are applying to the European Food Safety Authority for approval as a novel food whose testing will take two years,” says Solar Foods` technology director Juha-Pekka Pitkänen.

“At the same time, we will begin testing the production of consumer products with our partners and design the full scale factory with 1,000 tonnes annual production capacity.”

“Our goal is to develop the protein into a high-quality product whose environmental impact will be 10-100 times smaller than those of meat products or their substitutes currently in the market,” adds Pasi Vainikka.

The production method is based on research initiatives of VTT Technology Research Centre Finland and Lappeenranta University of Technology.

The Solar Foods from ESA Business Incubation Centre Finland will be at SLUSH 2018 in Helsinki to present their business. Meet the entrepreneurs to discuss their revolutionary food production methodology.

The ESA Business Incubation Centre in Finland was founded in 2017 and it part of the wider network of 20 ESA BICs throughput Europe.

The centres are operated under ESA’s Technology Transfer and Business Incubation Programme Office (TTPO) as part of the ‘ESA space solutions’ network of Business Incubation Centres (ESA BICs) and Technology Transfer Brokers offering complete access to all aspects of space-related innovation, technology and intellectual properties and is a gateway to ESA and European space research and developments.

Over 650 start-ups have been fostered and another 160 new start-ups are taken in yearly at the ESA BICs to be supported under the two-years business development boosting programme.

Visit the ESA stand at SLUSH

Meet all the ESA BIC start-ups 4-5 December in Helsinki at ESA space solutions at SLUSH 2018.