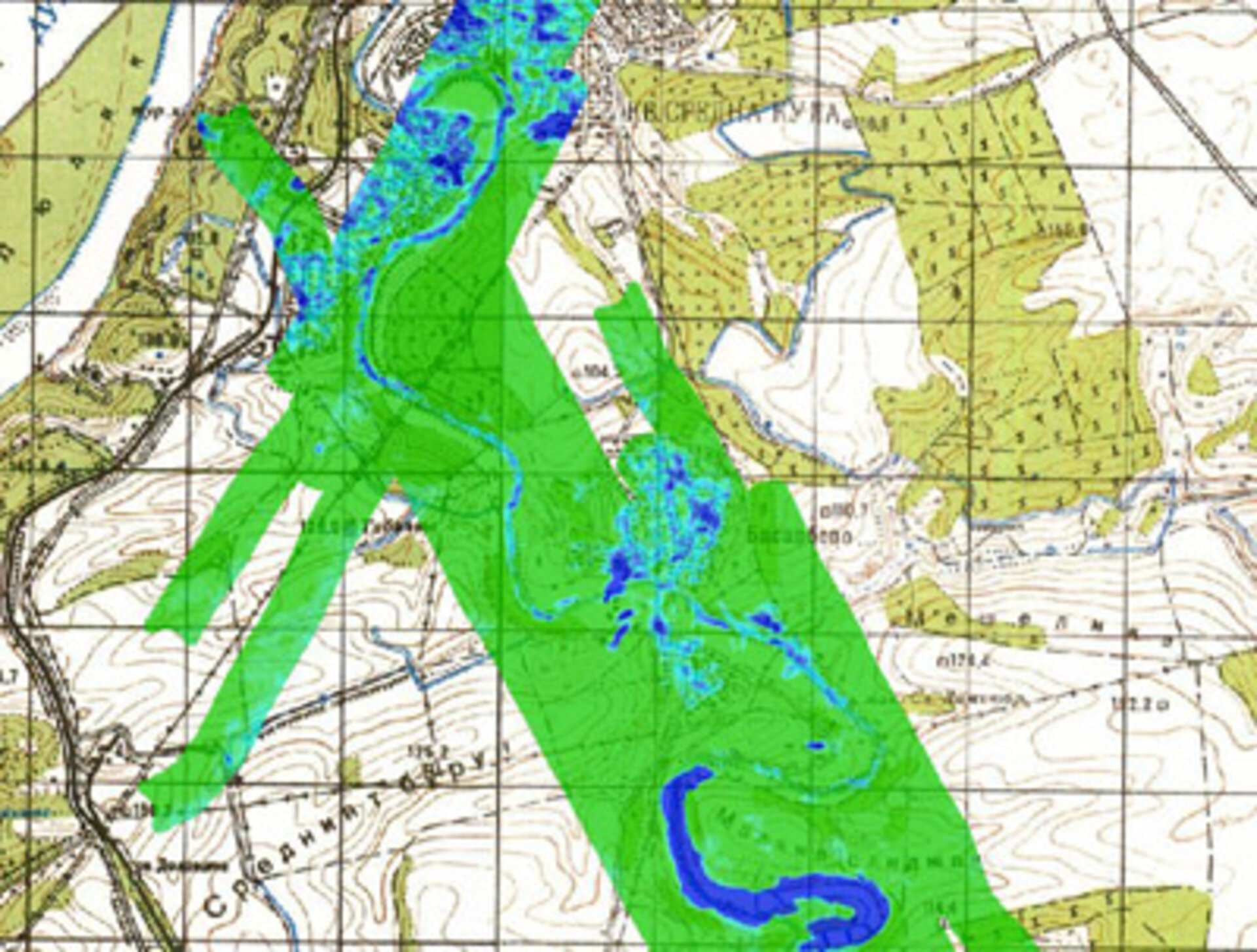 A company from one of ESA’s Business Incubation Centres has used space technology to develop a scanner to spot weaknesses in dike structures. It is being used to inspect dikes and dams on the Danube river and in the Netherlands.

Dutch start-up company Miramap’s instrument can ‘look’ into the ground and measure the amount of water in the soil. This is important in checking the stability of dams and dikes. Very wet areas can indicate a weakened or even dangerously unstable structure. By mounting the scanner on an aircraft, large areas can be mapped easily, identifying point to be inspected and perhaps repaired.

“We altered the space sensor for airborne operations to increase the spatial resolution from tens of kilometres to a few metres. This increase of detail combined with simultaneous data collection in different frequency bands, and marking all measurements with satellite positioning data, makes it possible to track changes in soil moisture very precisely and to detect water seepage,” said Roland Haarbrink, inventor of the instrument and Director of Miramap.

“It is basically the same technology that ESA uses on its 'SMOS' water mission, operating in the L-band. We have adapted this technology and improved it for land monitoring from an aircraft.”

ESA’s Soil Moisture and Ocean Salinity (SMOS) mission will make observations of soil moisture over Earth’s landmasses and salinity over the oceans. This will improve understanding of Earth’s water cycle, improve weather and climate models, and be useful in agriculture and water resource management. SMOS is planned for launch later this year.

Miramap completed the first flight campaigns with their APMR in 2006 covering dikes in the Netherlands in collaboration with the Dutch government. Following the successful results, the scanner was used in a natural hazards and flood management project for the Danube river in Bulgaria in 2007. Today, it is used frequently in the Netherlands to monitor the country’s dike system.

Miramap’s technology was developed in ESA’s Business Incubation Centre in the Netherlands, part of the Agency’s Technology Transfer Programme (TTP) office, set up to capitalise on space-based technology and know-how for the benefit of Europe’s economy and science.

Following two years of research and development of the new scanner, supported by ESA experts, the company won several contracts. One was with the Dutch Ministry of Traffic and Water Management to monitor the moisture content of water barriers to detect dangerously weak zones.

“Our scanner can be mounted on an aircraft to produce detailed maps easily of land and water surfaces. They can document soil moisture variations at the surface of dry and wet areas, and the depth of a shallow water table down to several metres,” explained Haarbrink. “We can also walk the sensor on a cart over a dam to investigate carefully the construction and identify any dangerous instabilities in the structure owing to high moisture content.”

A representative of the Dutch Department of Water Management and Transportation said, “Our department considers Miramap’s technology a useful tool. The main benefits are its quick-scan, the details and, most importantly, that you can look inside the dam.”

Check of several Bulgarian river areas and their dike structure

Miramap further developed their sensor into a sensor-suite that simultaneously collects high-accuracy underground soil-moisture data, ground-temperature data, digital elevation data and high-resolution geometrically corrected photos. It consists of three sensors operating in the X-, C- and L-bands, a thermal-infrared camera, a lidar-scanner and a digital photo camera, with all measurements location-marked with satellite navigation positioning data.

In 2007 Miramap used their sensor-suite to check the flood protection facilities around some of the major river systems in Bulgaria for the country’s State Agency for Information Technologies and Communications (SAITC) and the Agency for Sustainable Development and Euro integration (ASDE).

The sensors were mounted on a light aircraft and operated simultaneously to cover two areas: the Rusenski Lom river and its dams at Nikolovo near Rousse, and the dike structures around the Danube and Yantra rivers.

“During the project, the weather changed rapidly from dry to very wet, so unique information was also acquired for soil moisture changes,” explained Haarbrink. “The simultaneously collected multi-sensor data was finally combined in a global information management system for risk analysis.”

“The project demonstrated the benefits of our sensor-suite to investigate, from a small and easily operated aircraft, critical structures on the ground. The data collection of these areas was completed in only four days, including the coverage of a forest fire that broke out during the project.”

The company has widened its unique and customised product range to use the sensor to map energy-loss through buildings and the integrity of factory chimneys using airborne thermal-infrared surveys. This product was introduced last winter in Nijmegen, The Netherlands, to raise the awareness of citizens of wasteful heat loss through house roofs. This November, the company plans to cover Amsterdam. These 3D-inspections are done by Miramap’s sister company ‘Geocopter’ using its small, remotely controlled unmanned helicopter.

ESA’s Business Incubation is one of the major initiatives of ESA’s TTP Office. As part of its endeavour to encourage the transfer and commercialisation of space technologies, four Business Incubation Centres have been set up in the Netherlands, Germany and Italy. The centres support selected entrepreneurs with comprehensive commercial and technical assistance to help them start up businesses that use space technology in non-space industrial, scientific and commercial fields.

The main mission of the TTPO is to facilitate the use of space technology and space systems for non-space applications and to demonstrate the benefit of the European space programme to European citizens. The office is responsible for defining the overall approach and strategy for the transfer of space technologies, including the incubation of start-up companies and their funding. For more information, please contact: