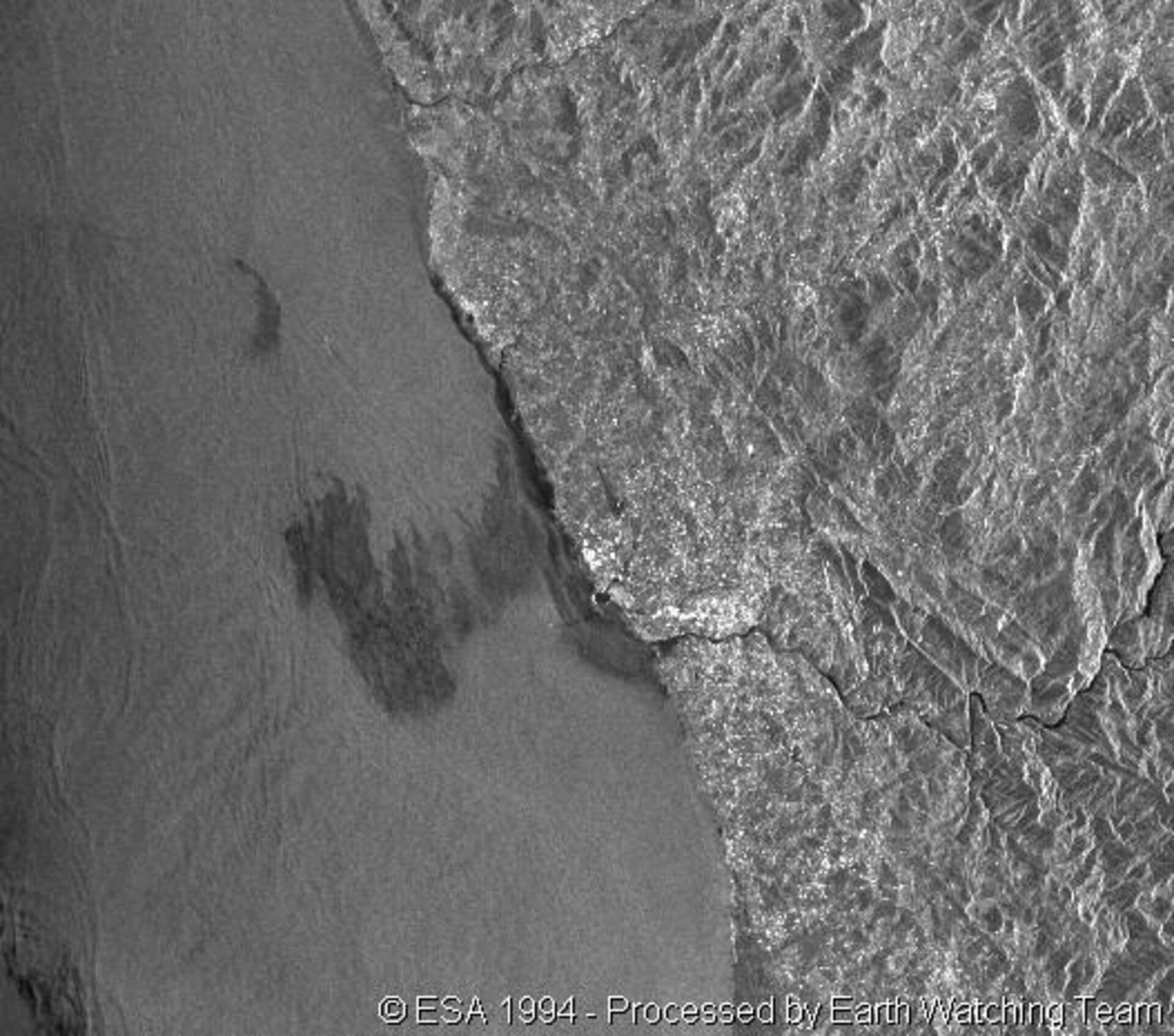 Oil slick lying along the coast of Oporto, Portugal

On the 2nd October 1994 the Panamanian oil tanker Cercal struck a rock while entering the harbour of Leixoes (the Oporto harbour), releasing about 1.000 tonnes of crude oil into the sea. The ESA ERS-1 satellite acquired this SAR image two days after the accident. Because of the damping effect of the oil, the reduced roughness of the sea surface appears clearly as a black mark on the SAR image. The spill can be seen floating along the coast and out into the sea. The coastal city of Oporto, lying near the centre of the oil spill, appears as a cluster of white dots. The rainy and foggy weather that prevailed in that region of Portugal on the date of the accident made it very difficult to evaluate the spill from an aircraft. However, thanks to the all-weather capabilities of the ERS-1 SAR instrument it was possible to acquire this very useful scene through the cloud cover. (Image processed by ESA's Earth Watching Team)