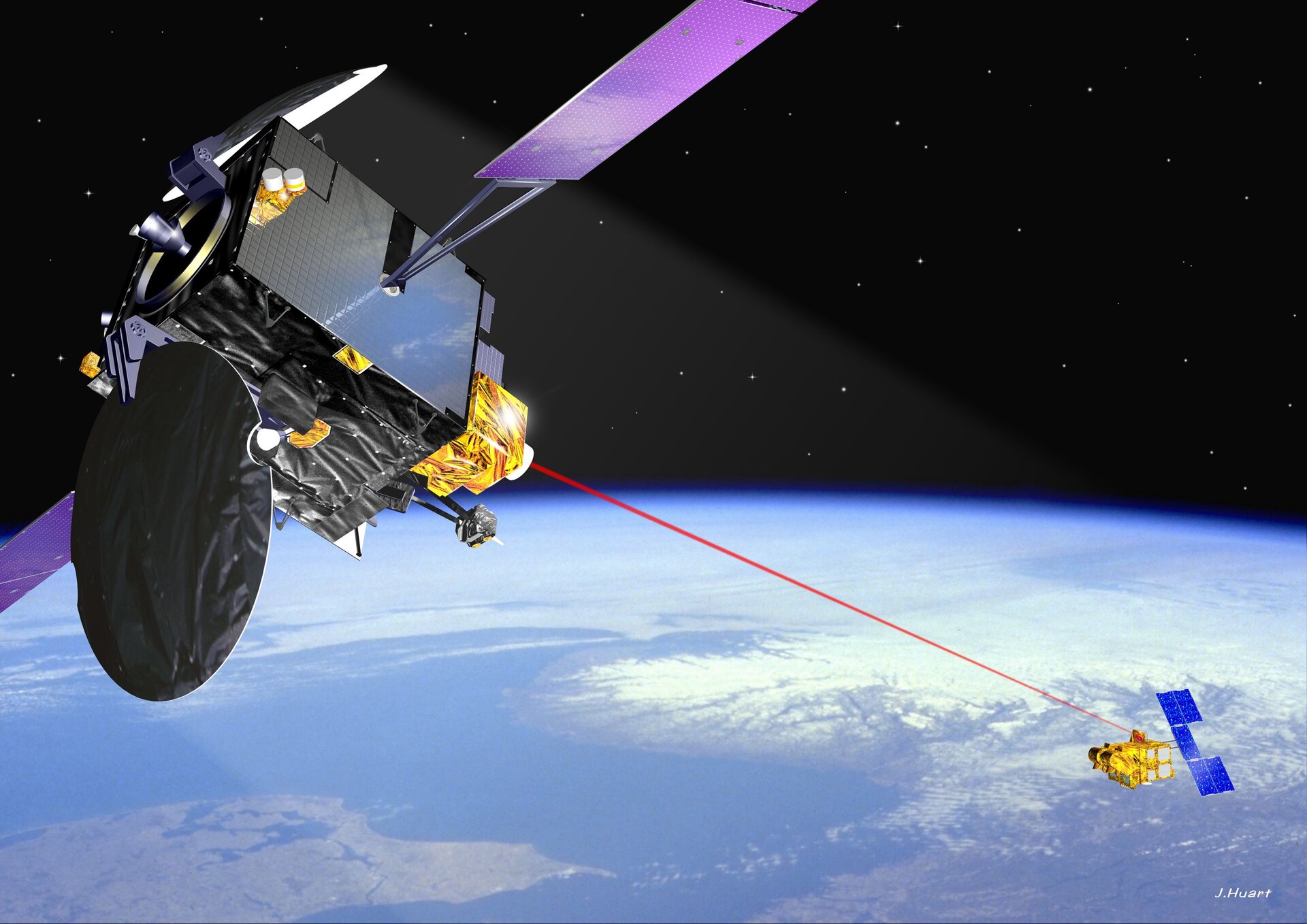 Artemis and SPOT 4 communicating via the SILEX system - Artist's impression.

Carrying three payloads plus a number of experiments, Artemis (Advanced Relay and Technology Mission Satellite) has been designed to test and operate new telecommunications techniques.

Artemis carries two payloads for communications directly between satellites, which receive data from low-Earth-orbiting satellites and transmit them directly to Europe:

ARTEMIS was launched 12 July 2001 by Ariane 5. It was initially placed in the wrong orbit and recovery operations have been underway since then to bring it to its final position.