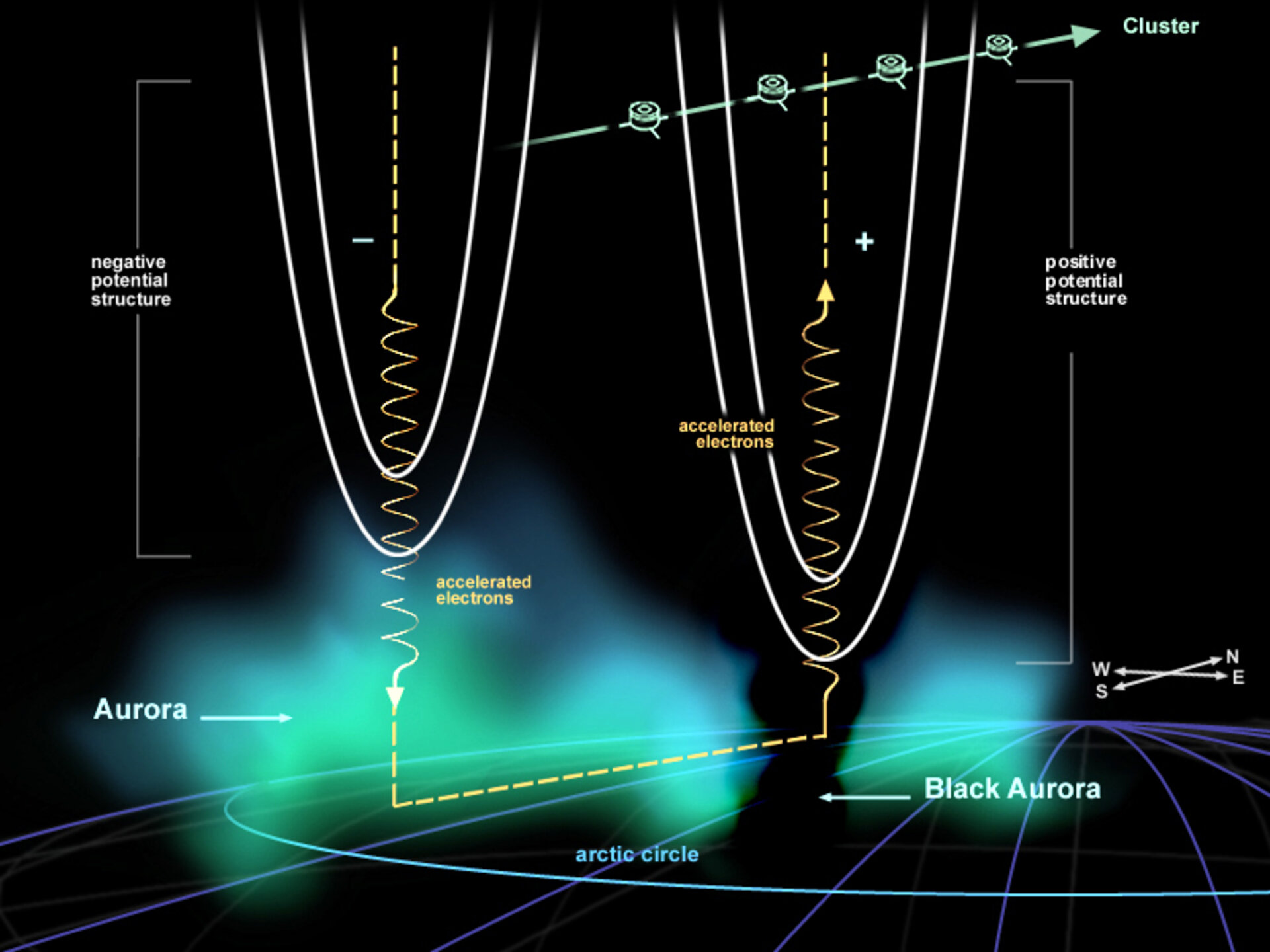 Cluster shows that black aurora are a kind of 'anti-aurora'

Measurements by the Cluster spacecraft confirmed that black aurorae, strange electrical phenomenon that generate dark, empty regions adjacent to the Northern and Southern Lights, are a kind of 'anti-aurora'.

This is the opposite process to that which creates visible aurorae, where electrons spiral down from space into the atmosphere within similar, negatively charged, structures.