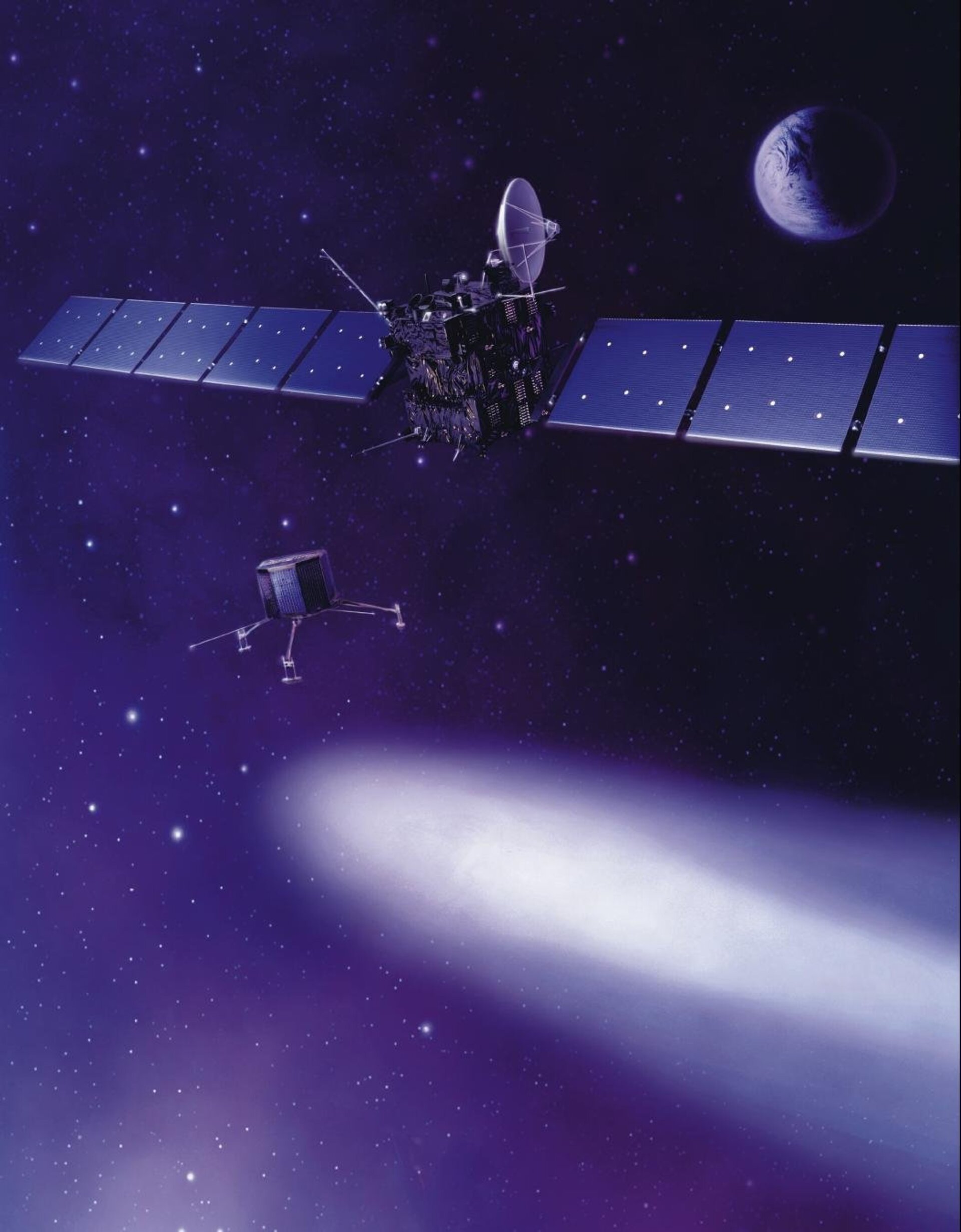 Artist's impression of the Rosetta orbiter and lander

An artist’s impression of Rosetta and its Philae lander approaching the target comet.