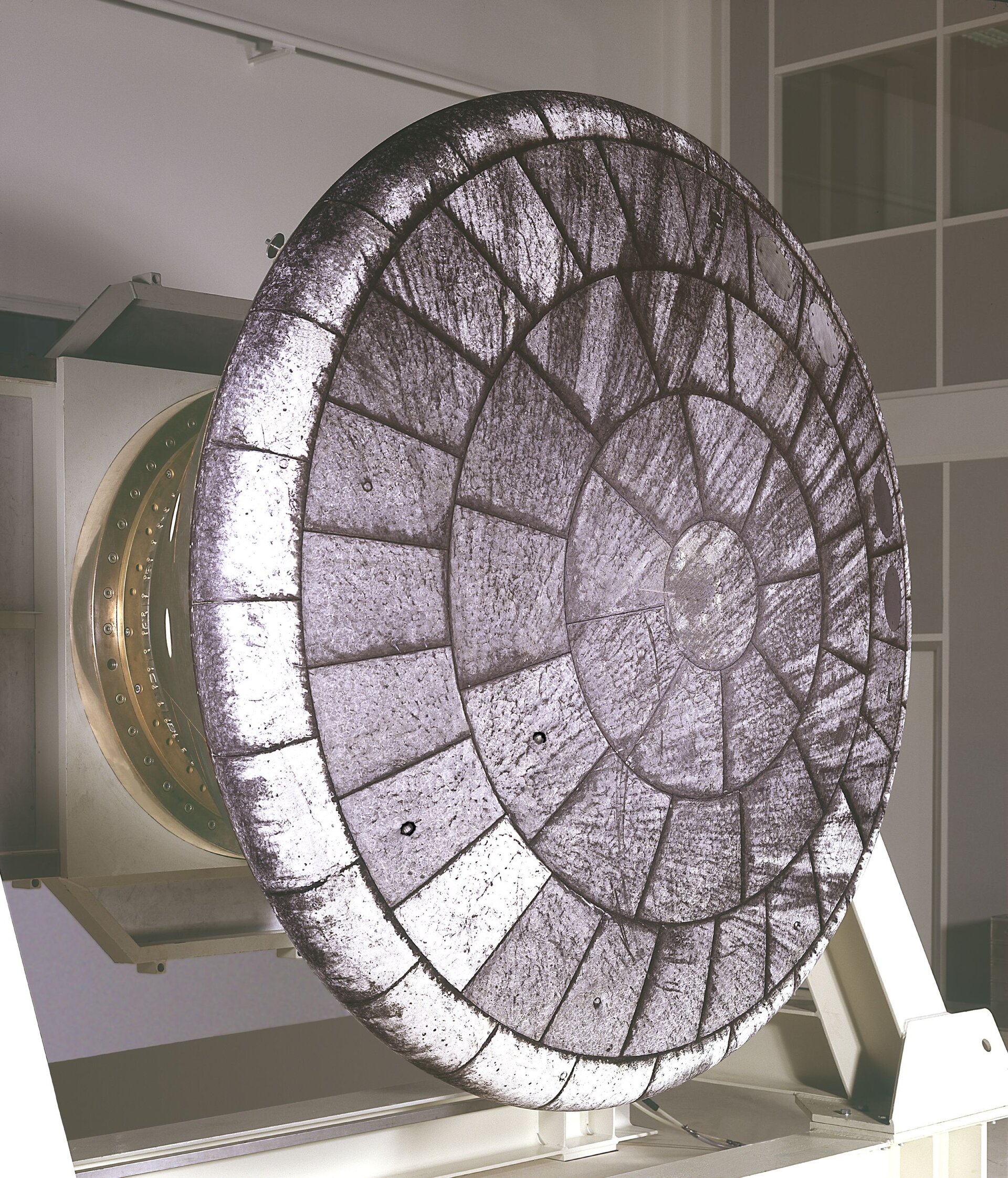 ARD in Aérospatiale Bordeaux facilities, after its atmospheric reentry.

ESA's Atmospheric Reentry Demonstrator (ARD) - seen here being prepared for flight at Aerospatiale's Bordeaux site - was launched into space and then returned to Earth to test technologies required to safely guide a vehicle through the Earth's fiery atmosphere and back to Earth.
It was launched 21 October 1998, by Ariane 5 on Flight 503 from Kourou, French Guiana. Once it has been injected into orbit, it began its descent, entering the upper atmosphere at a velocity of more than 27 000 km/h. Fifteen minutes later, it splashed down in the Pacific Ocean. It was equipped with leading-edge technology that allowed its flight and landing to be performed with unequalled precision.