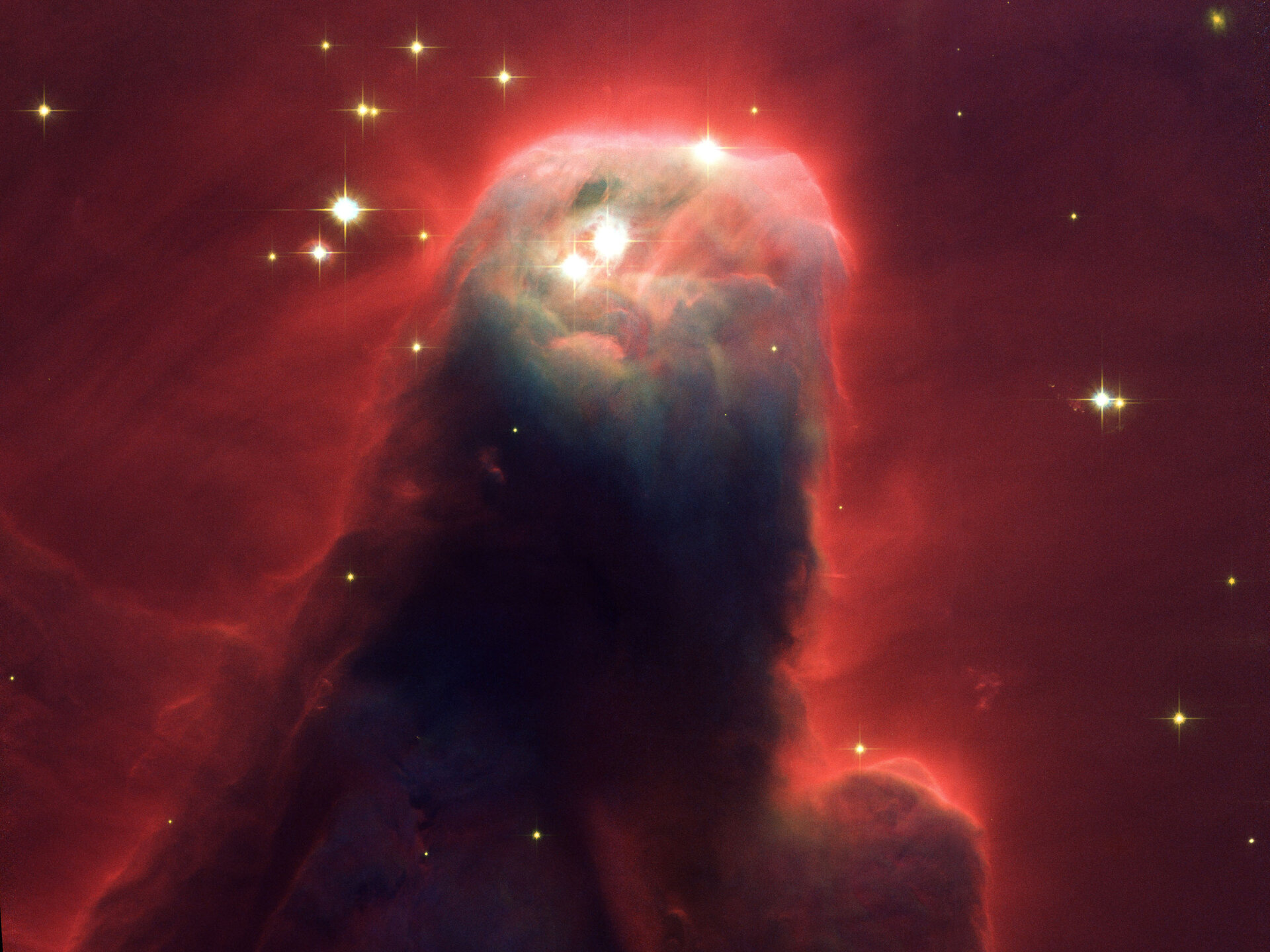 Resembling a nightmarish beast rearing its head from a crimson sea, this celestial object is actually just a pillar of gas and dust. Called the Cone Nebula (in NGC 2264) - so named because in ground-based images it has a conical shape - this monstrous pillar resides in a turbulent star-forming region. This picture, taken by the newly installed Advanced Camera for Surveys (ACS) aboard the NASA/ESA Hubble Space Telescope, shows the upper 2.5 light-years of the Cone, a height that equals 23 million roundtrips to the Moon. The entire pillar is seven light-years long.