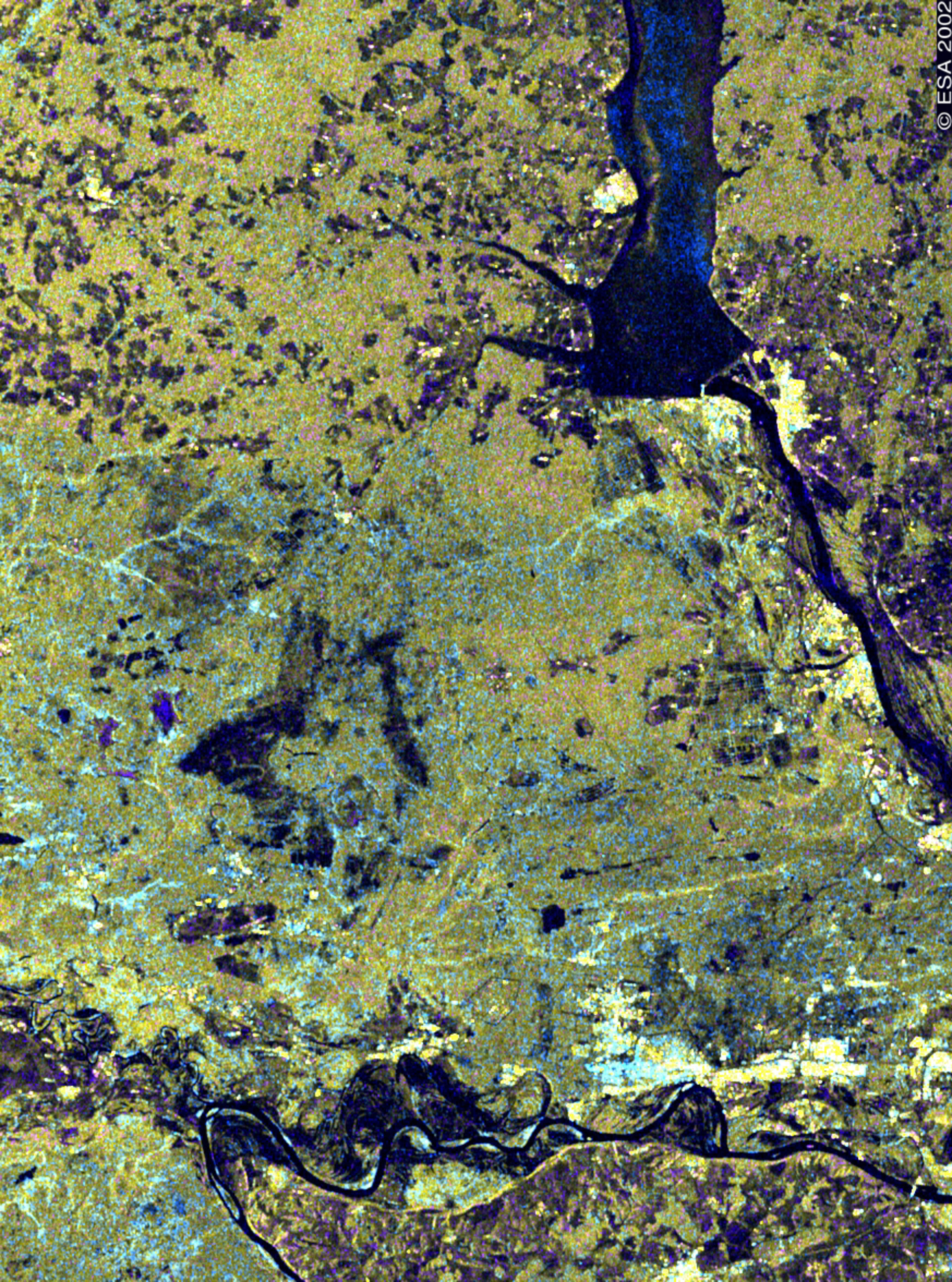 This image shows an area, 100-km wide, around the Russian city of Dzerzhinsk, 300 km east of Moscow. Visible in the north is the lower part of the Gorkovskoye Reservoir, formed by a dam across the Volga River, Europe’s longest. The river in the south is a Volga tributary, the Oka River.

Urban areas are generally visible in bright yellow tones, indicating equally high backscatter in VV and HH polarisation. The green-yellow colour that dominates the image results from the extensive forests in this region (medium backscatter in VV and HH). Agricultural land in the river plains to the east and south appears in magenta and purple shades (VV backscatter dominates). A number of small river systems, probably frozen, are highlighted in cyan (dominant HH backscatter).

Technical Information:
Instrument: Advanced Synthetic Aperture Radar (ASAR)
Mode: Image Swath 6
Acquisition date: 08 April 2002
Orbit number: 00554
Orbit direction: Ascending
Polarisation: VV-HH
Resolution: 30 metres
Instrument Features: Envisat’s ASAR instrument is the first permanent space-based radar to incorporate dual-polarisation capabilities - the instrument can transmit and receive signals in either horizontal or vertical polarisation. This Alternating Polarisation (AP) mode can improve the capability of a SAR instrument to classify different types of terrain. Because the reflective properties of a surface are dependant on the polarisation of the incoming radar signal, the use of more than one type of polarisation provides valuable extra information.