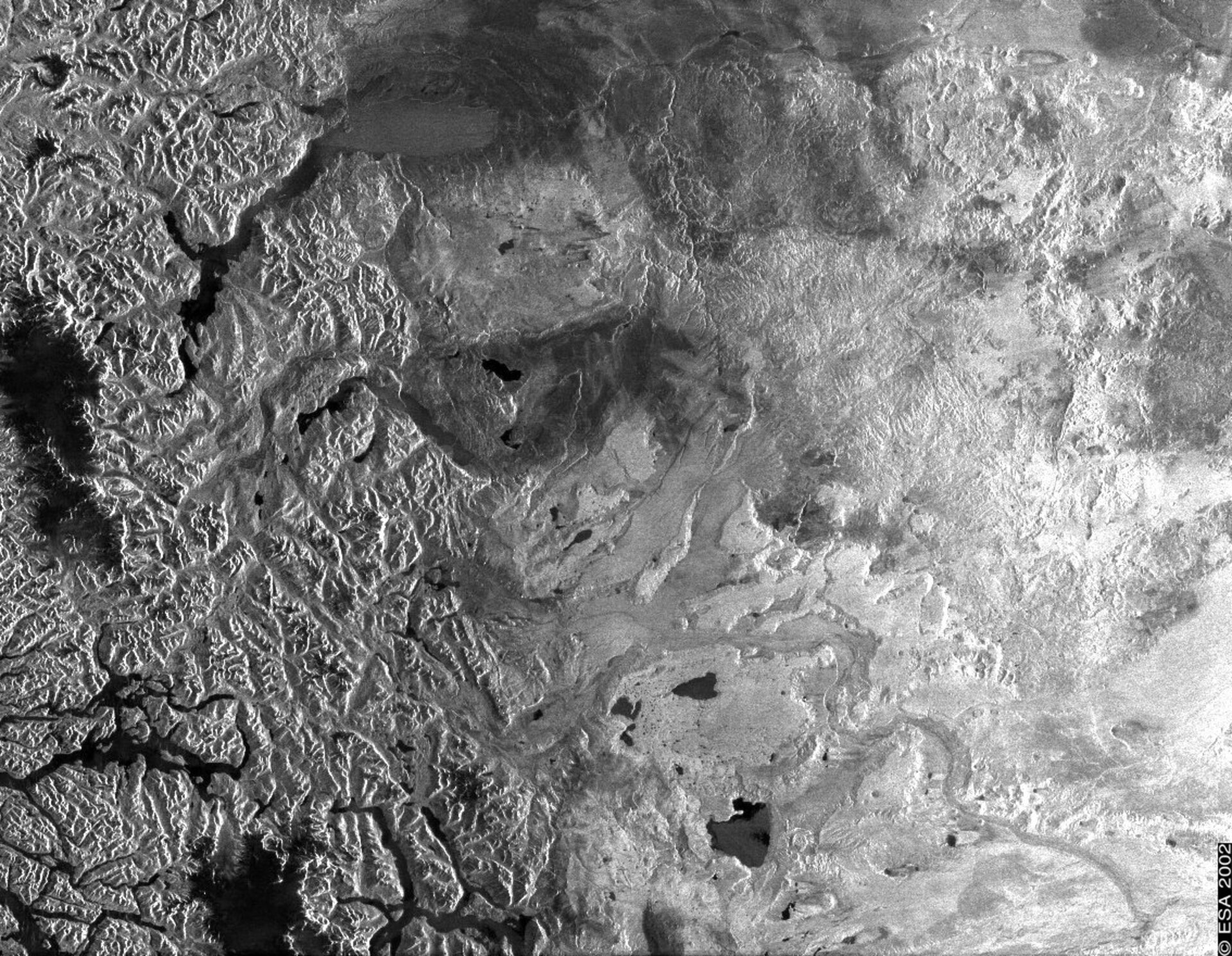 The wide-swath image is large enough (400km wide) to show in a single acquisition the transition from mountains to plains across the entire southern Patagonia region of Argentina. The inaccessibility of the region, at the southern tip of South America, makes satellite imagery an indispensable mapping tool and, in an area commonly shrouded by clouds, radar has a distinct advantage over optical data.

In the west, the Chilean Andes rise to 4058m (Monte San Valentín). Fjords to the southwest (namely, Canal Baker) allow the waters of the Pacific Ocean to penetrate into the very heart of the mountains.

Further east, the Gran Altiplanicie Central extends across southern Argentina to the (unseen) Atlantic Ocean. Two major rivers, the Chico in the South and the Deseado in the north drain the plain and transport melt water and sediment from the Andes.

The image shows how the smooth central plain is incised by lines of drainage and punctuated by numerous lakes, the largest being Lago Buenos Aires in the north.

Increasing brightness in the east reflects transition towards denser vegetation as the altitude drops and conditions become more hospitable.