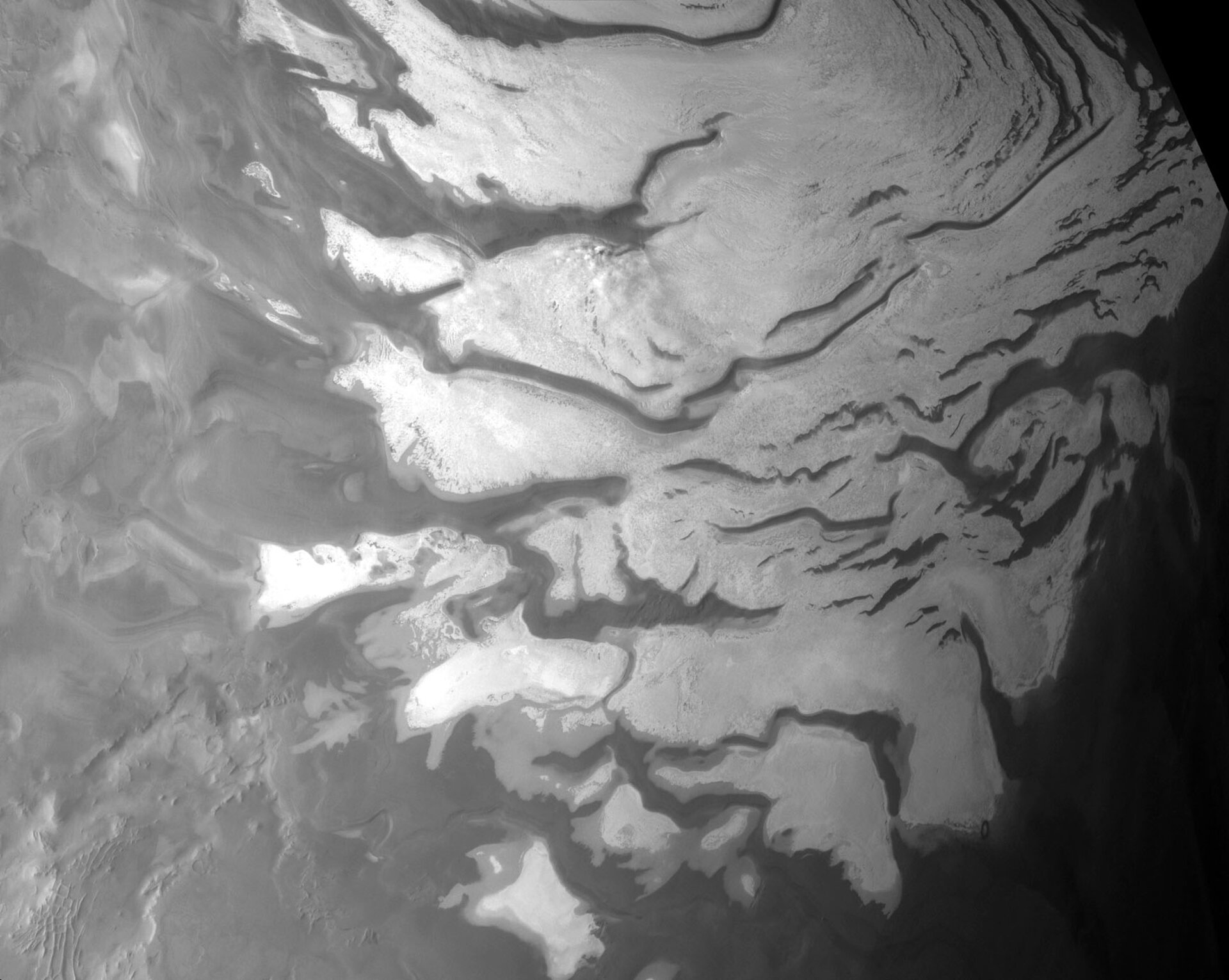 A partial (visible) view of the Martian south polar ice cap, taken on 11 February 2004 during orbit 103 by the High Resolution Stereo Camera on Mars Express, from an altitude of 269 kilometres light. The south pole is where the OMEGA instrument made its significant discovery, with the steep slopes known as ‘scarps’ made almost entirely of water ice, falling away from the polar cap to the surrounding plains, and the permafrost fields that stretch for tens of kilometres away from the scarps.