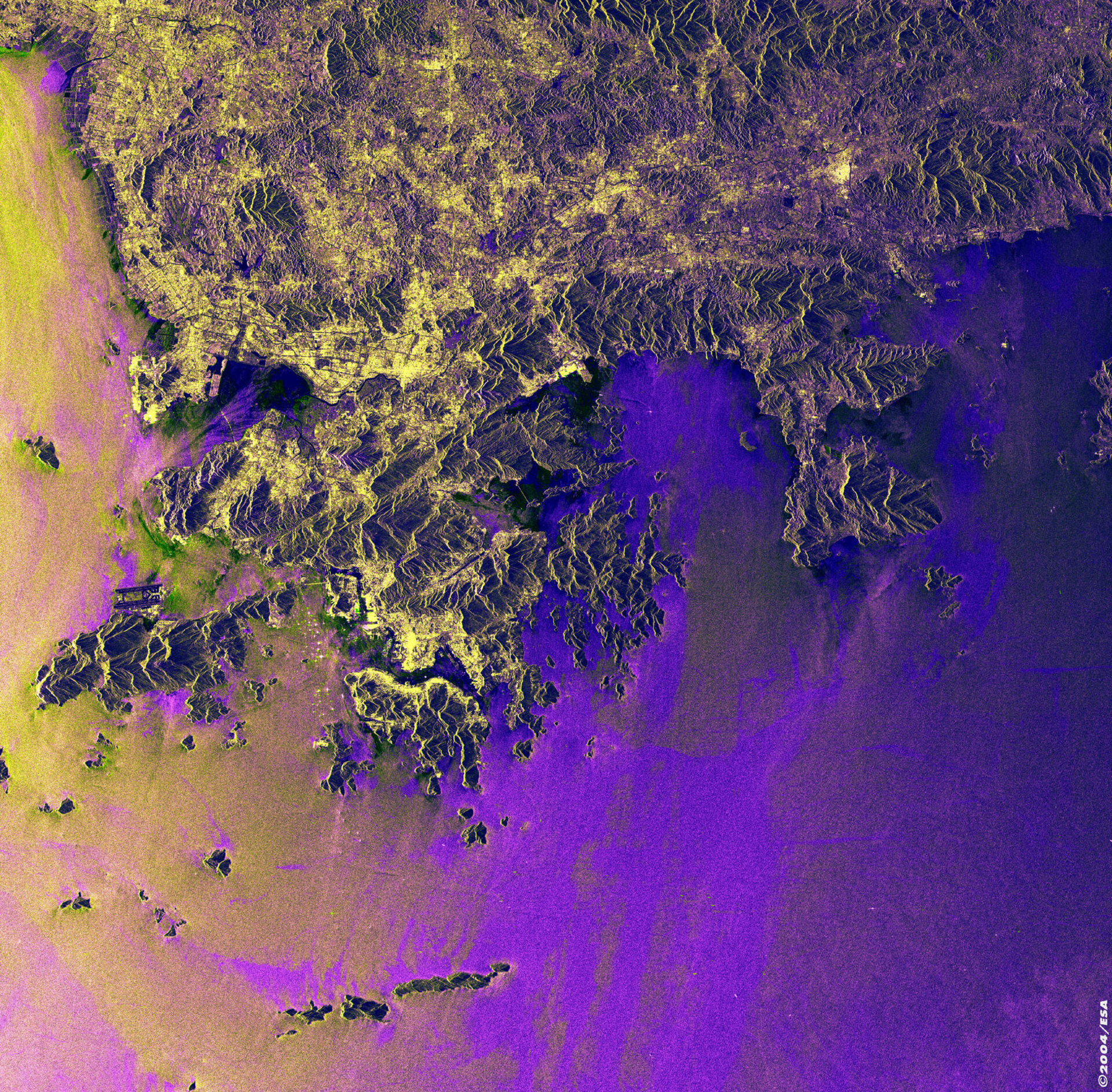 This Advanced Synthetic Aperture Radar (ASAR) multitemporal image displays Hong Kong and the surrounding area. Clearly visible is the City of Kowloon in bright yellow and Hong Kong island. Between them the busy Victoria Port, the bright white and green flecks in the sea represent ships leaving and entering it.

On Lantau Island to the west is the new Chek Lap Kok Airport. Also visible extending into the sea from Kowloon is the older Hong Kong Intrenatational Airport.

North of Hong Kong just over the New Territories border and into Guangdong Province we can see the city of Shenzen.