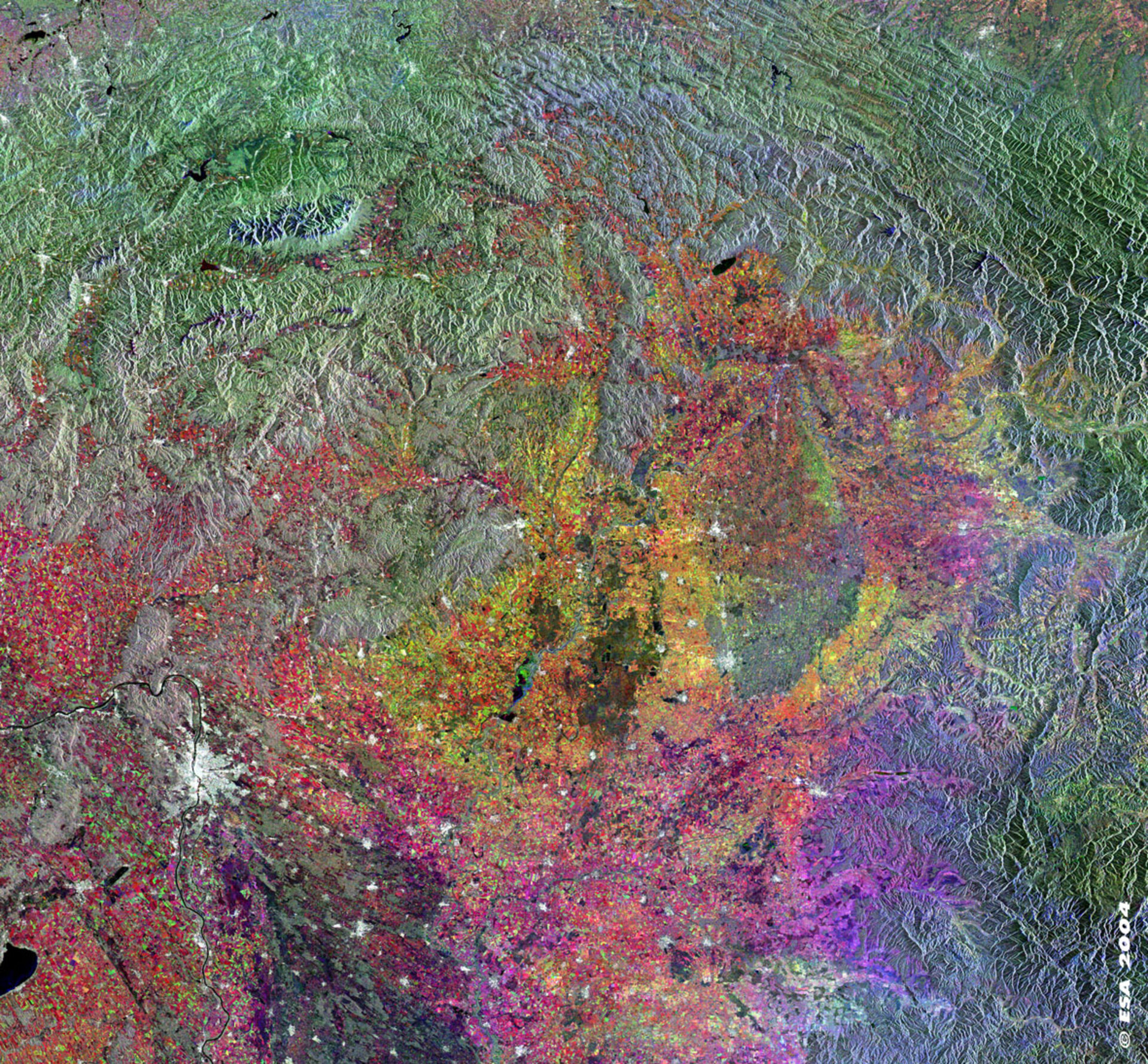 Hungary is predominantly flat. The Danube River forms part of Hungary's northwestern border with Slovakia and then flows south through Budapest seen in bright colour in the bottom left part of the image. The two sections of the city separated by the river are markedly different. Pest sprawls across flat terrain while Buda is very hilly. The Great Hungarian Plain occupies large part of the image drained by the Danube and Tisza rivers. The plain, fertile agricultural lowland, is plenty of crops seen in different colours in the image depending on their temporal evolution. The northern part of Slovakia is known for its numerous and impressive mountain ranges, the Carpathian Mountains, while the southwestern part of the country is dominated by the Danubian Lowlands.