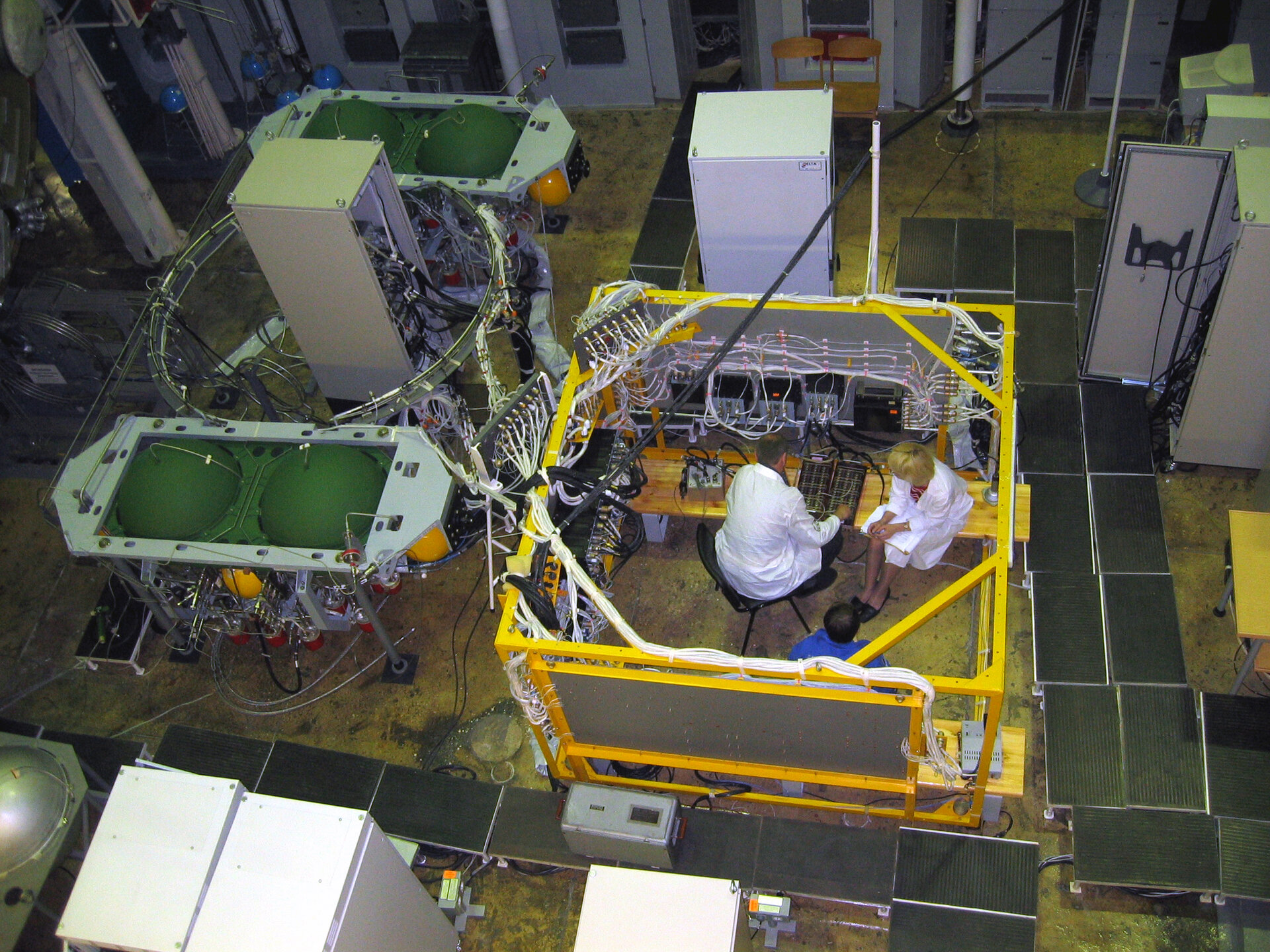 At RSC Energia plant near Moscow, we can see the Russian Equipment Control System (RECS), which is a major subsystem of the ATV Jules Verne (in the yellow frame) and the refueling system (4 spheric tanks on the left and their interconnections). The RECS controls all the mechanical Russian docking systems during rendezvous, as well as the in-orbit refuelling operations during the attached phase with the Space Station.