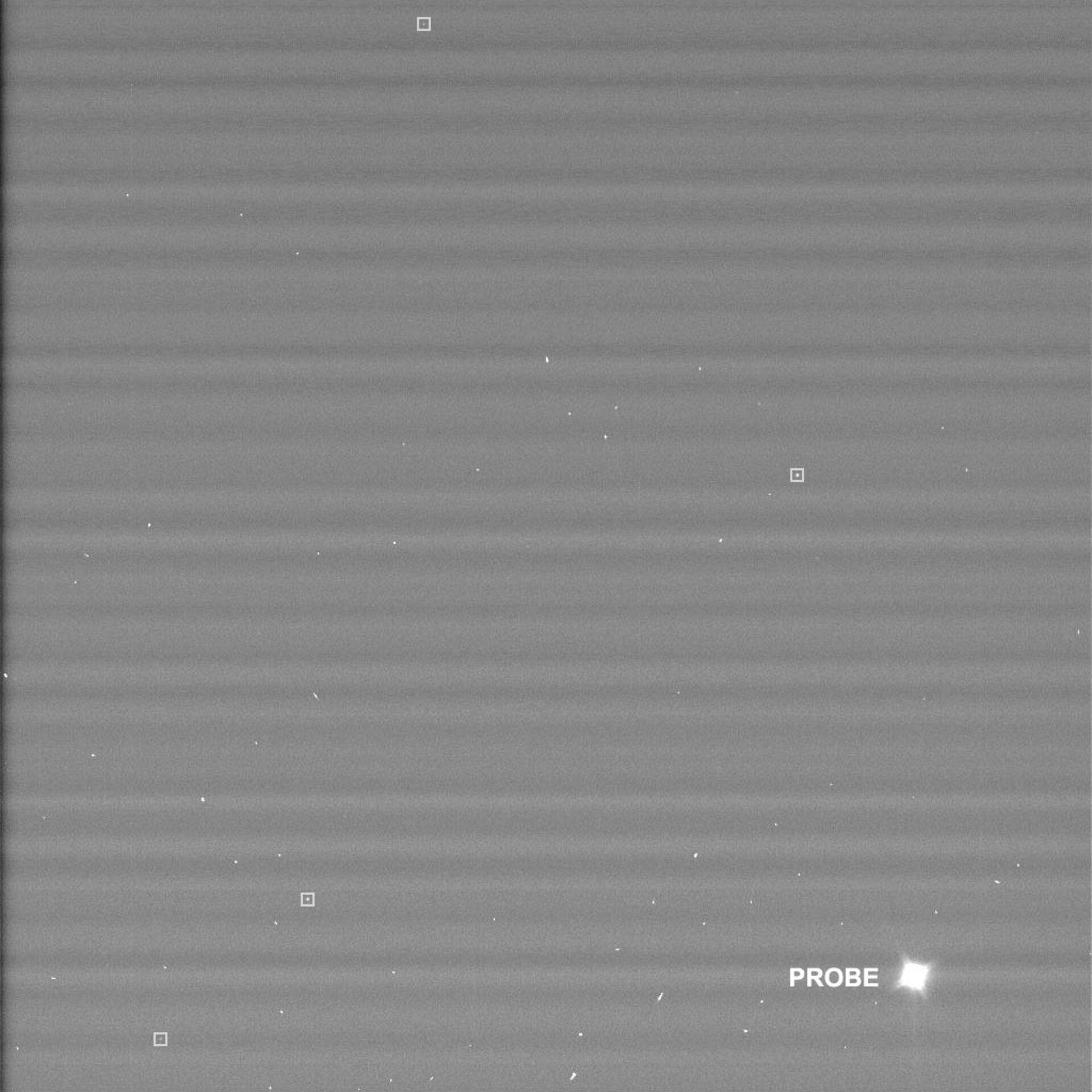 The European Space Agency's Huygens probe appears shining as it coasts away from Cassini in this image taken on Dec. 26, 2004, just two days after the probe successfully detached from the Cassini spacecraft.

The white boxes shown in figure 1 are known stars. The probe is the brightest item on the lower right. The other dots are artifacts of the camera. Although only a few pixels across, this image is helping navigators reconstruct the probe's trajectory and pinpoint its position relative to Cassini. This information so far shows that the probe and Cassini are right on the mark and well within the predicted trajectory accuracy. This information is important to help establish the required geometry between the probe and the orbiter for radio communications during the probe descent on January 14.

This image was taken with the Cassini spacecraft narrow angle camera at a distance of 52 kilometers (32 miles) from the probe on Dec. 26, 2004. The image has been magnified and contrast enhanced to aid visibility.

The Cassini-Huygens mission is a cooperative project of NASA, the European Space Agency and the Italian Space Agency. The Jet Propulsion Laboratory, a division of the California Institute of Technology in Pasadena, manages the mission for NASA's Science Mission Directorate, Washington, D.C. The Cassini orbiter and its two onboard cameras were designed, developed and assembled at JPL.