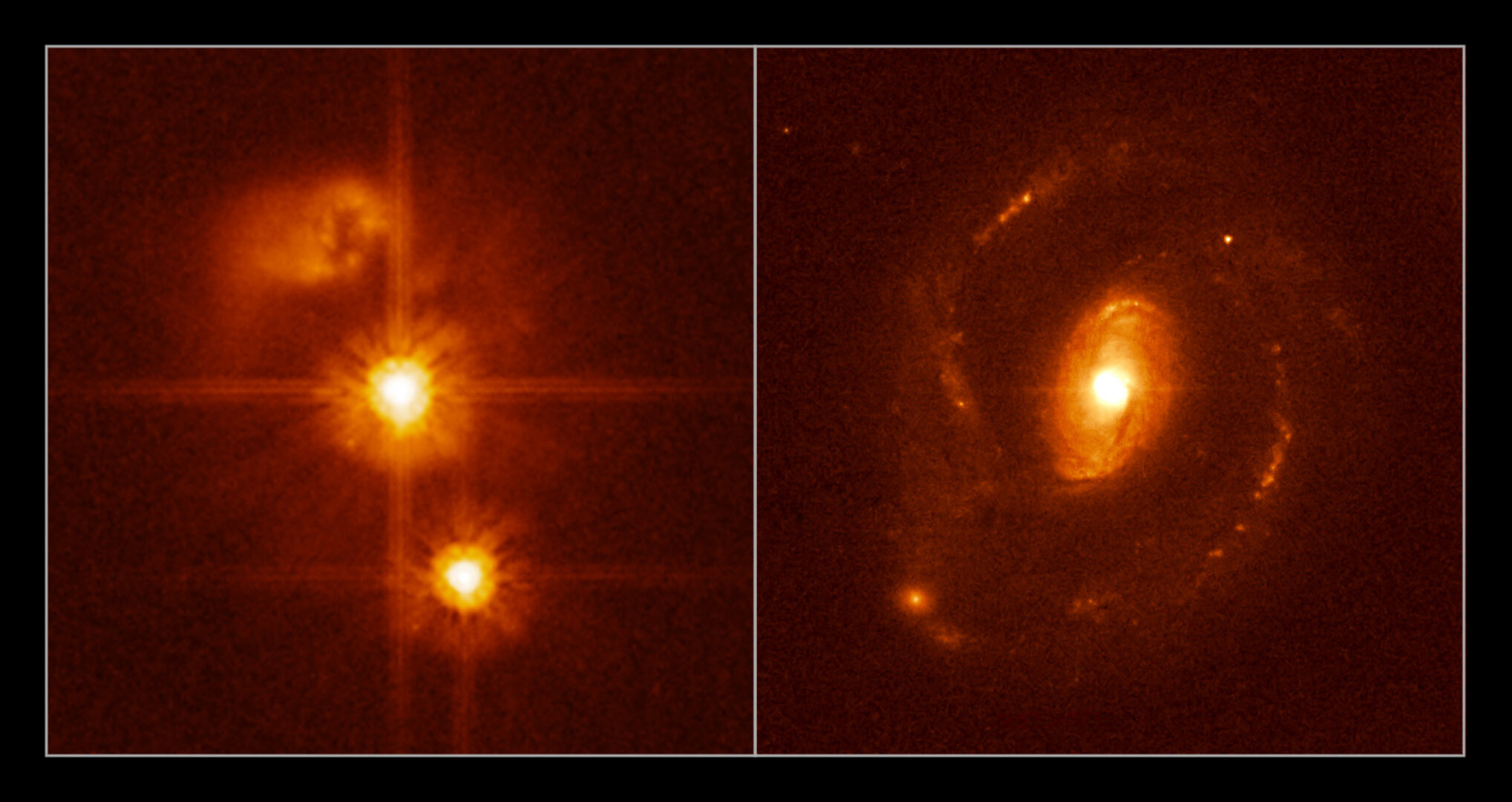 Two Hubble images from a sample of 20 nearby quasars

This figure shows two images of quasars from a sample of 20 relatively nearby quasars examined by a team of European astronomers using two of the most powerful astronomical facilities available, the NASA/ESA Hubble Space Telescope and the ESO Very Large Telescope (VLT) at Cerro Paranal.

Also seen in the image to the left (above the quasar) is a strongly disturbed galaxy, showing all the signs of a recent collision. The VLT observations show it to be forming stars at a frantic rate. Below the quasar a foreground star is seen.

The images were taken with the Advanced Camera for Surveys on board the NASA/ESA Hubble Space Telescope and have been scaled to exhibit the same linear scale.