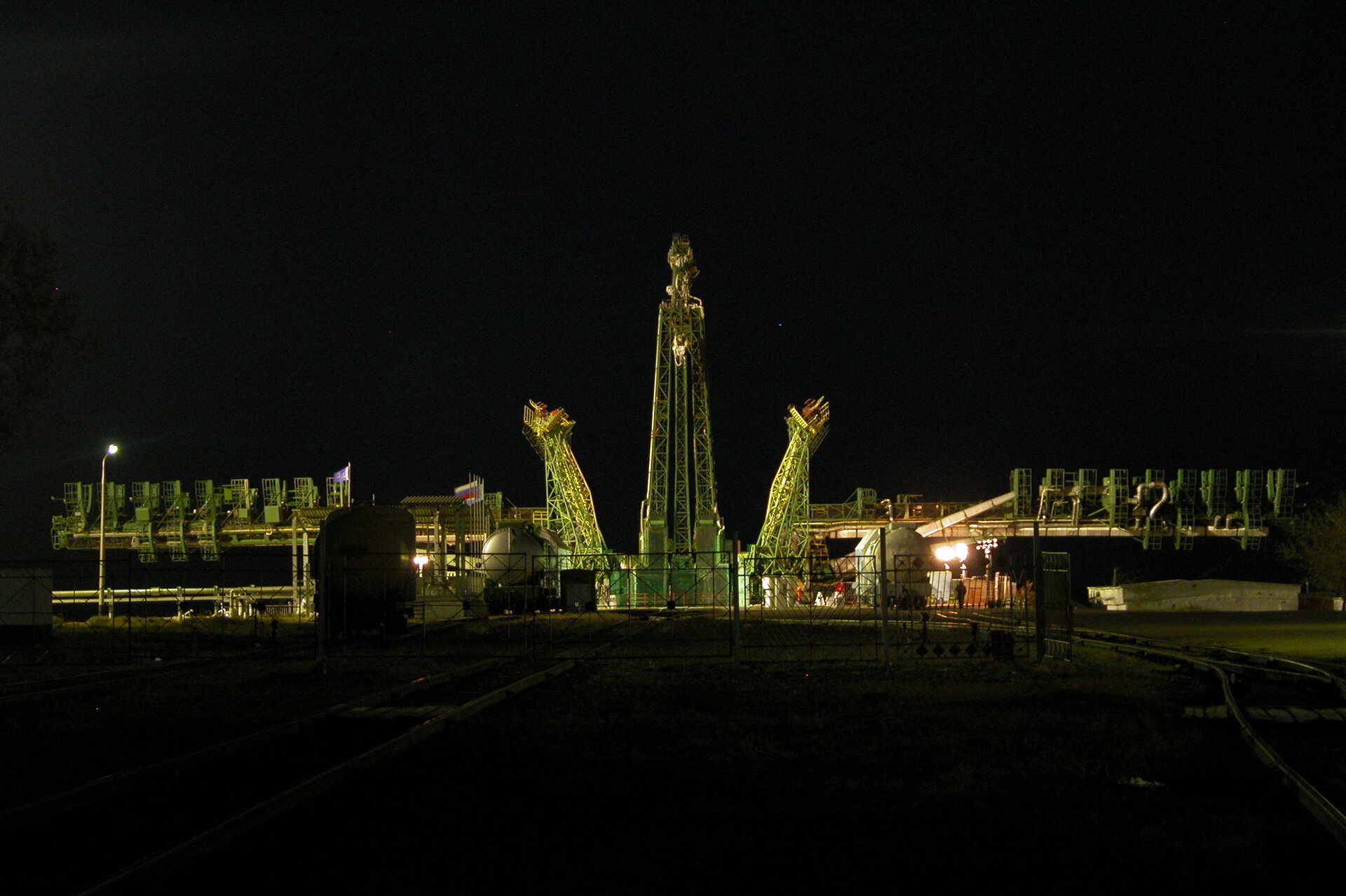 The rollout of the Soyuz launcher carrying the Venus Express Spacecraft

The rollout of the Soyuz launcher carrying the Venus Express Spacecraft has taken place at launch pad number 6 of the Baikonur Cosmodrome on Saturday 05/11/2005 at 07:30 local time, just half an hour before sunrise.

Final preparations of the activity started in the very early morning hours, and included the disconnection of the umbilical connector from the rocket, which had to be completed by 06:00. This connection had been used by the Spacecraft team to monitor the status of the Spacecraft throughout the night after yesterday's final arming of its onboard batteries.
The Soyuz rocket was installed in horizontal position on the TEW (Transport & Erector Wagon), with the wagon carrying the air-conditioning equipment for the control of cleanliness and temperature under the payload fairing being part of the convoy. It was slowly pulled through the exit doors of the MIK-40 integration building by a Diesel locomotive and commenced its short journey to the launch pad.
The distance between the MIK-40 building and the launch pad is only a couple of hundred meters, and the convoy arrived at the pad at around 08:15 local time, accompanied by the full Venus Express team launch campaign team walking up to the safety perimeter of the launch tower.
After disconnection of the under fairing air conditioning system the hydraulic system of the TEW was used to tilt the rocket into vertical position, and the Russian specialist team secured the launcher on the 4 support arms of the pad which carry virtually all the weight of the yet unfuelled launcher.

Following the installation of the launcher on the pad the access platforms were closed, enabling physical access to the rocket via a systems of platforms and lift at different levels. The under fairing air conditioning system was reconnected, to guarantee proper environmental conditions for the Venus Express Spacecraft. Access will be required by the Russian teams up until just 45min from the launch to, among other activities, connect and disconnect hoses for propellant loading.

The launch team located in the bunker switched on the Spacecraft via the bunker EGSE at around 16:30 to conduct a last full hardware health check of all vital onboard units before the launch on Wednesday November 9th. This check is performed to ensure full functional integrity of the Spacecraft after its transport from the MIK-112, where the last electrical check had taken place a bit more than a week ago, to the launch pa area.
The health check is still ongoing at the time of writing and is planned to be finished around 04:00 in the night, which will complete a very long first working day of the Venus Express team at the launch pad.