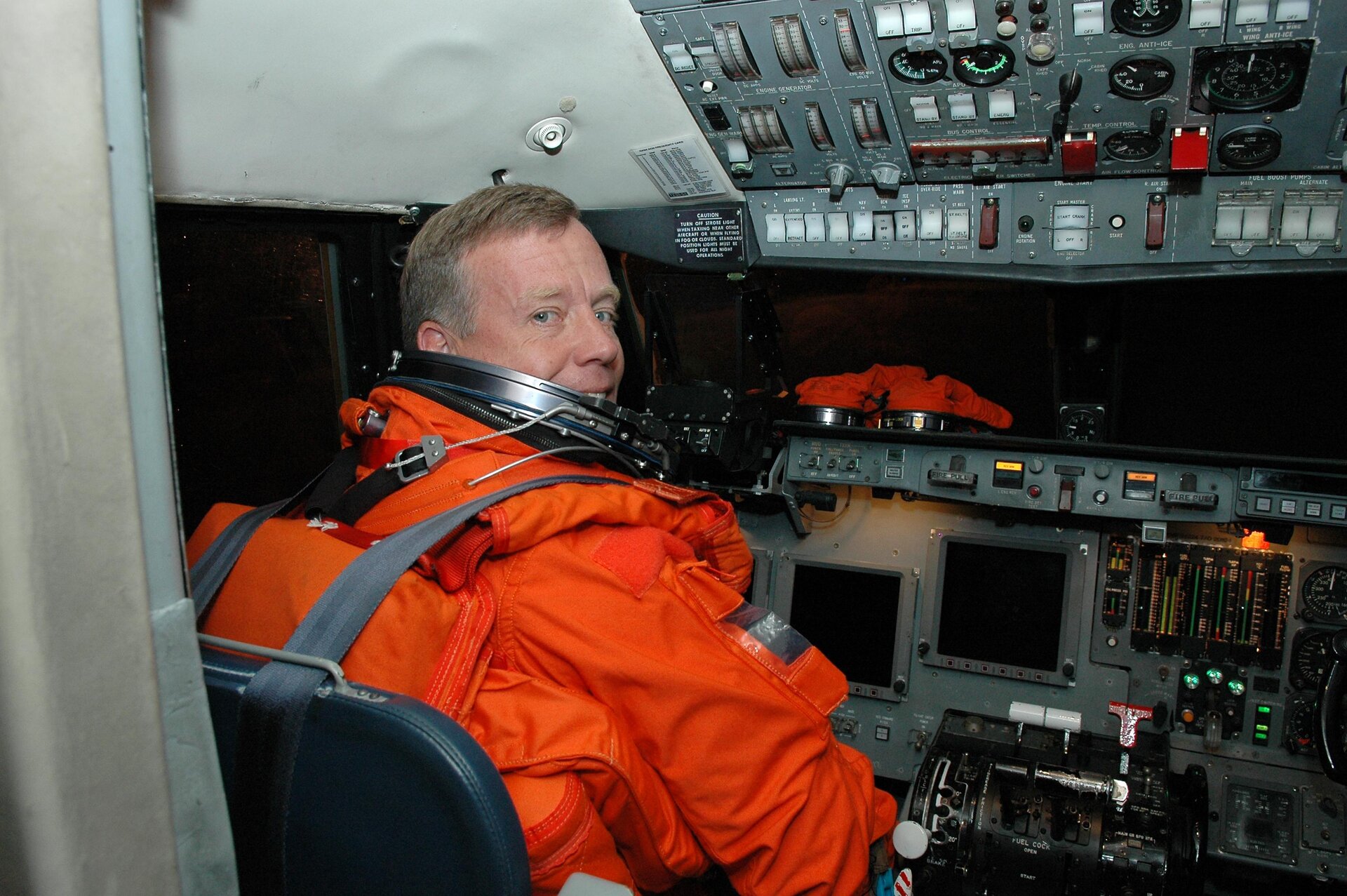 Inside the Shuttle Training Aircraft (STA), STS-121 Commander Steven Lindsey settles into his seat in the cockpit. Lindsey and Pilot Mark Kelly will be making practice landings in preparation for the July 1 launch of Space Shuttle Discovery. The STA is a Grumman American Aviation-built Gulf Stream II jet that was modified to simulate an orbiter’s cockpit, motion and visual cues, and handling qualities. In flight, the STA duplicates the orbiter’s atmospheric descent trajectory from approximately 35 000 feet altitude to landing on a runway. Because the orbiter is unpowered during re-entry and landing, its high-speed glide must be perfectly executed the first time.