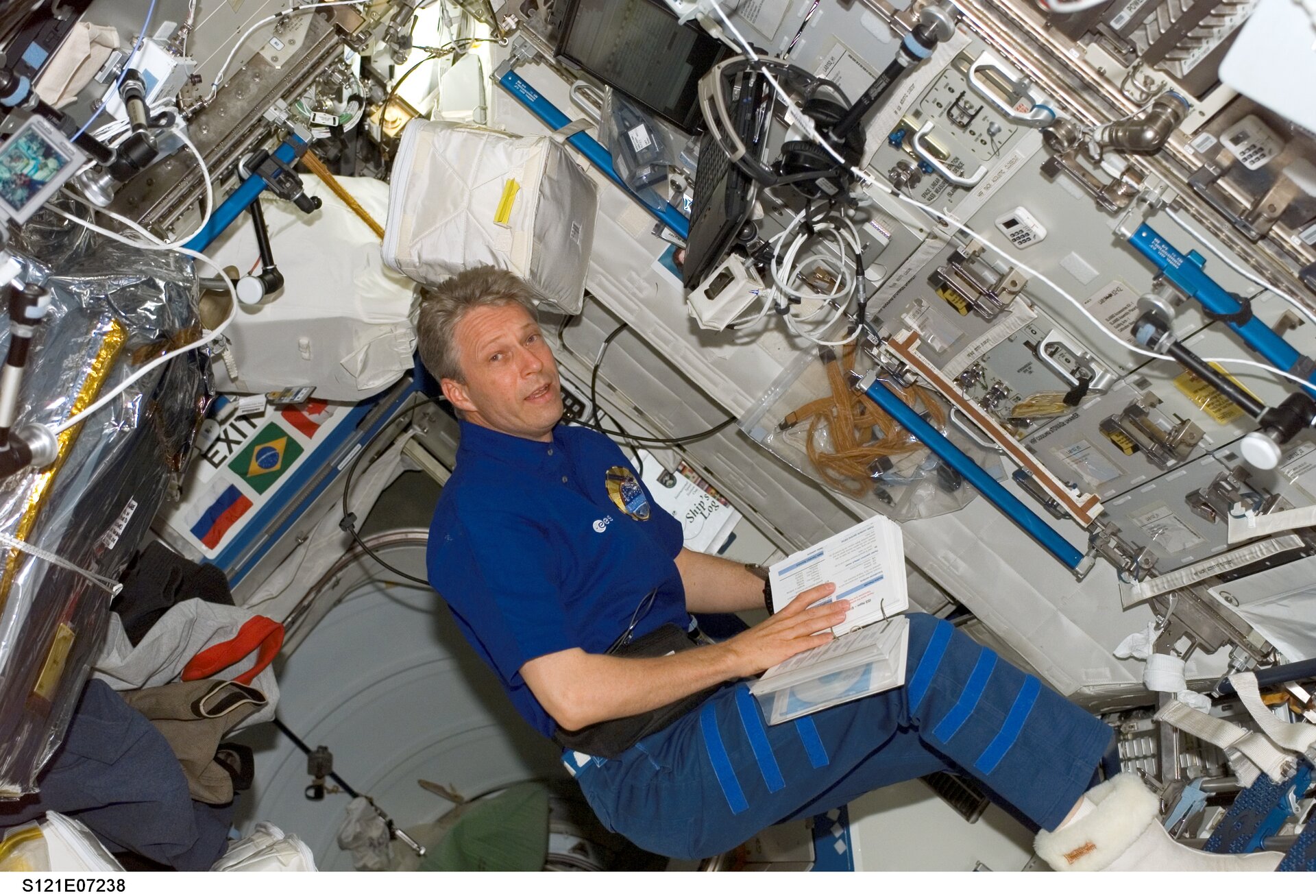 Thomas Reiter looks over a procedures checklist in the Destiny laboratory

European Space Agency (ESA) astronaut Thomas Reiter, Expedition 13 flight engineer, looks over a procedures checklist in the Destiny laboratory of the International Space Station while Space Shuttle Discovery was docked with the station. Reiter launched on Discovery with the STS-121 crew and officially became an Expedition 13 crewmember after the shuttle docked with the station.