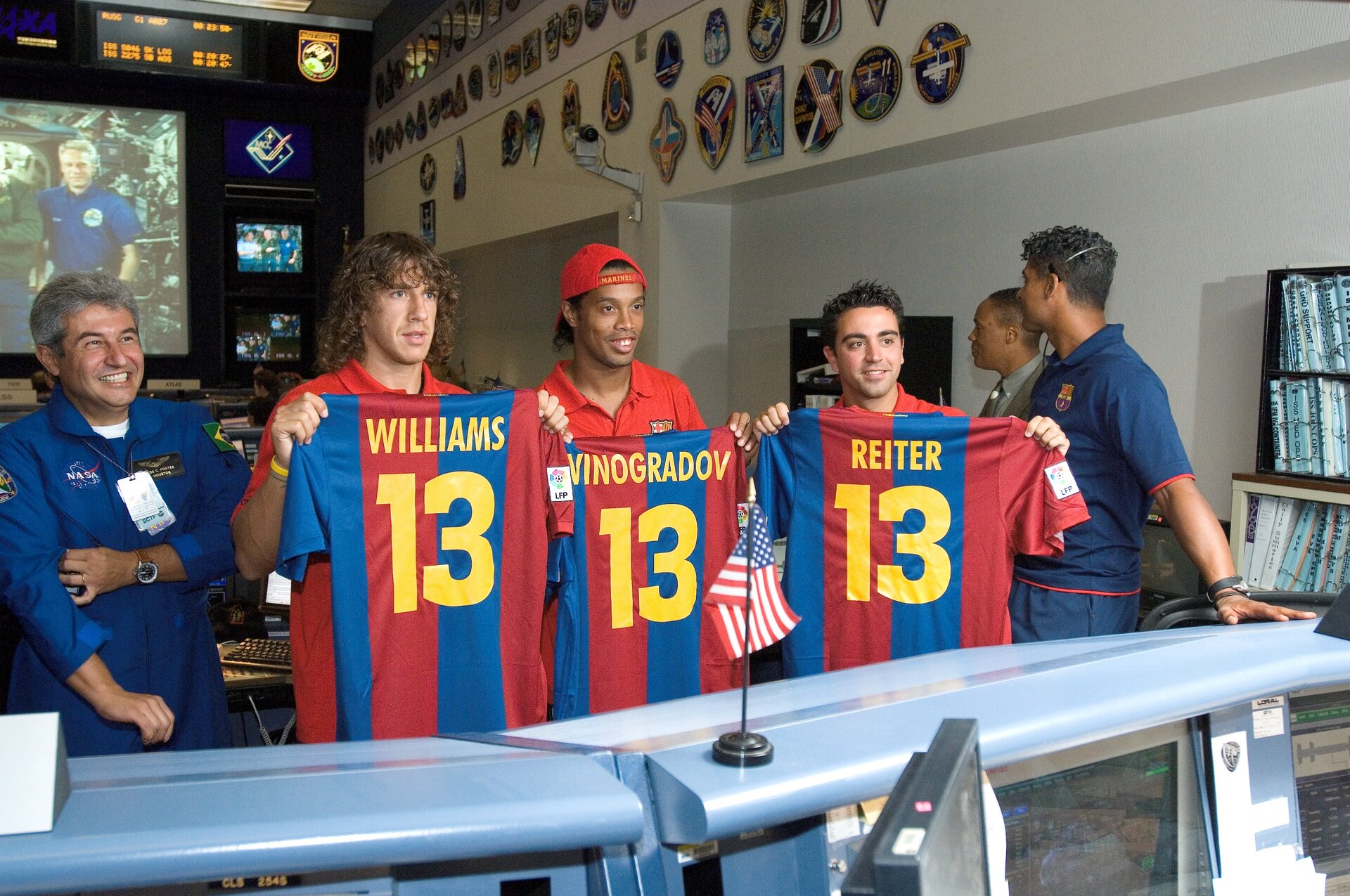 Members of the Spanish football team, FC Barcelona, during a visit to NASA's Johnson Space Center

Members of the Spanish football team, FC Barcelona, during a visit to NASA's Johnson Space Center, visited the Station (Blue) Flight Control Room in Mission Control to make a call to the Expedition 13 crew. They brought with them FC Barcelona shirts for the crewmembers - Pavel Vinogradov, Jeff Williams and ESA astronaut Thomas Reiter. Players, coaches and guests of the team visited mission control rooms used for the Station and Shuttle, and the historic control room used during Apollo missions and lunar landings. They also visited training facilities including full-scale mockups of the Station and Shuttle.