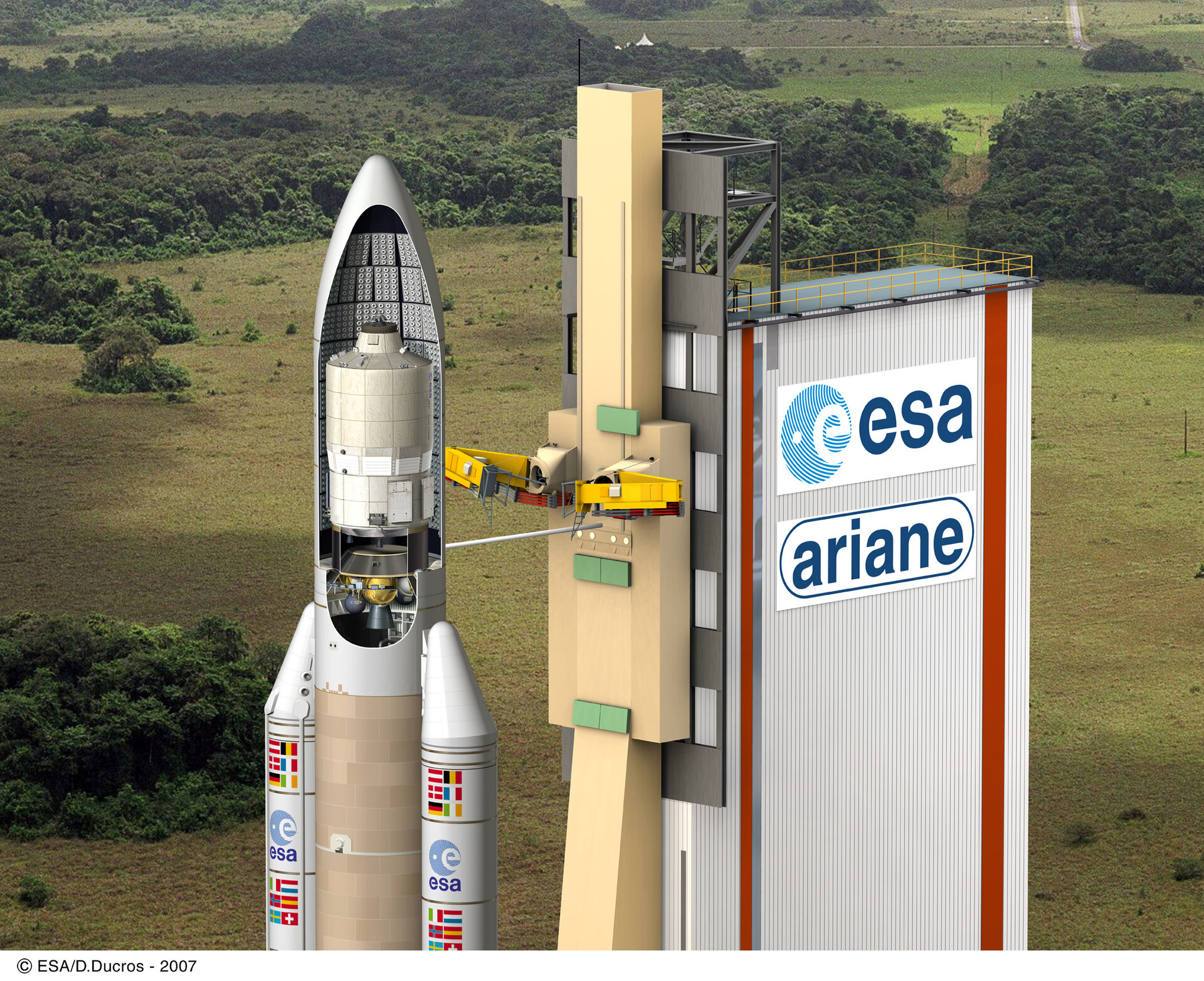 Artist's impression of ESA's ATV on the launch pad

The launch of the 19-tonne Jules Verne ATV requires a special adaptation of Ariane 5 ES to launch the first ATV into low-Earth orbit. Ariane 5 ES qualification was completed at the end January 2008, including a re-ignition test of the upper EPS stage demonstrated in orbit in autumn 2007. This special qualification also required the strengthening of the upper stage to accommodate the 'heavy' ATV which is more than twice as heavy than any previous Ariane 5 payload.
ESA's Jules Verne ATV is the first European space supplier for the ISS. Its launch is scheduled on 9 March from Europe's spaceport in Kourou, French Guiana.